Subtle Clarity—Yin and Yang Lao Tzu, Translation and Commentary | YMAA
Skip to main content
FREE Shipping Order Over $70. (US Only, Conditions apply)    |   Up to 20% Off. Exclusions apply. 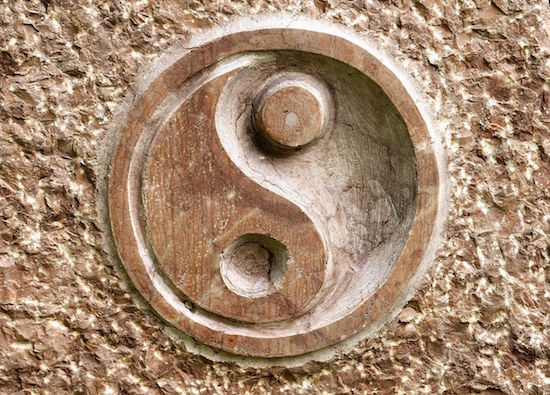 It is clear that in order to expand something, it must first shrink. It is the same when you want to weaken it: first you should strengthen it. In order to reduce it, you must first build it up. Also, in order to take it, first you must give. This is the theory of yin and yang, which always balance each other.

In order to shrink it,

it must be expanded first.

In order to weaken it,

it must be strengthened first.

In order to discard it,

it must be built up first.

In order to seize it,

it must be given first.

This is called subtle clarity.

The softness and gentleness overcome the toughness and strength.

the sharp weapons of the states,

cannot be displayed to the people.

It is clear that in order to expand something, it must first shrink. It is the same when you want to weaken it: first you should strengthen it. In order to reduce it, you must first build it up. Also, in order to take it, first you must give. This is the theory of yin and yang, which always balance each other. Fang, Yin-Yuan said (范應元): "The furnace's wind bellows has a piston, so it can be used to forge metal. This is because in order for the wind bellows to contract, it must first expand. If expansion cannot be executed, then it cannot be shrunk." He also said: "Expanding it, strengthening it, building it, and giving it, there is a hidden intention of contracting it, weakening it, discarding it, and taking it. Although the intention does not appear clearly, the facts are apparent. This is what is meant by 'subtle clarity.'"

"This saying (i.e., subtle clarity) means that, although it is the way of nature (i.e., yin-yang balance), often people do not see it. This saying is to teach people to be soft and gentle. Objects under heaven (i.e., the world), when they have reached their extremity, always reverse. For example, when the sun is going to be weakened, it must first reach its maximum strength. When the moon becomes a crescent, it must first be full. When a flame is going to extinguish, it first reaches its brightest. These are all natural. Therefore, expanding is the sign of contracting, strengthening is the emblem of weakening, building up is the symbol of discarding, and giving is the indication of taking. This is the natural tendency and theory. However, people we have encountered do not see this, thus, it is called 'subtle clarity.'"

If you can always position yourself in the soft and gentle position, then there is no threat to others; you will always be in a safe position. The Chinese have a saying: "Sharp knives are always thrown away first." Naturally, dull knives are not paid attention to, and thus they last long.

The law of nature is very clear and straightforward. It is just like the fish. Fish cannot leave the water; otherwise they will die. It is the same for a country. The power of a country cannot be given and controlled by others, and its weapons should also not be revealed or demonstrated to the enemy. There is a story in Huai Nan Zi (《淮南子‧道應訓》).

"In the city of Si (司城), Zi Han (子罕) was a prime minister of Song (宋). He said to the lord: 'A country's safety or peace, and the order or disorder of the people, all depend on the lord's rewards or punishments. Giving rewards is what people favor so the lord should take care of this part. Killing and punishing are what people resent. I can take care of this.' The Song lord said: 'Good. Gua Ren (寡人) (i.e., I, being humble) should take the favor part and you will suffer from resentment. I know that Gua Ren will not be scoffed at by other lords.' Thus, all people in the entire country know that the power of killing was in the hands of Zi Han. All officers tried to get close to him and all common people were afraid of him. It did not last even one year; Zi Han got rid of the Song lord and took his power."

Gua Ren (寡人) means "I, being humble." This was the way an ancient ruler referred to himself. This story tells you that you should not give the power to others easily.

Qigong was developed based on the fundamental laws of nature, the balance of yin and yang. Yin and yang are the results. Kan (坎) and li (離) are the actions that lead to the results of yin and yang. Kan represents water and li represents fire in the Eight Trigrams (Bagua, 八卦). Whenever there is too much of yin, li will step in to readjust the situation and make it more yang to manifest yin-yang balance. Naturally, when there is too much of yang, kan will move in to re-adjust it until yin-yang balance is achieved again. The ultimate law of nature is the balance of yin and yang.

Building up qi and consuming qi are relative. When there is consumption, there must first be production. When you have built up an abundance of qi, then you will have quantity of qi for consumption. For qi exchange practice with a partner, first you help your partner to strengthen and build up the qi, and only then you can gain benefit by qi exchange with your partner.

Remember that your body includes the physical body and also the qi body. Qi is the energy that powers your thinking and physical action. The body is considered as yang and the qi is considered as yin. In order to have good health, you must first have strong qi circulation. When there is strong qi circulation, your physical body can then be built up to a stronger state. Again, without physical strength, you will be weak, sick and tire easily. In order to maintain a machine at peak performance and efficiency, the machine must be strong and you must have the power to run it. If either is missing, nothing will work.

There are two things that you should know.  The first one is that yin and yang are mutually influencing each other and always seeking for the way to balance each other. The second is that in order to govern your body effectively and efficiently, you need self-discipline instead of externally imposed discipline. Remember, you are the one controlling your life, nobody else.

The above is an excerpt from The Dao De Jing: A Qigong Interpretation, Lao Tzu, Translation and Commentary by Dr. Yang. Jwing-Ming, published October 2018, by YMAA Publication Center, ISBN: 9781594396199.