Fables from the Dao in Action by Dr. Yang, Jwing-Ming | YMAA
Skip to main content
FREE Shipping Order Over $70. (US Only, Conditions apply)    |   Up to 20% Off. Exclusions apply.

Home >> Articles >> Fables from the Dao in Action 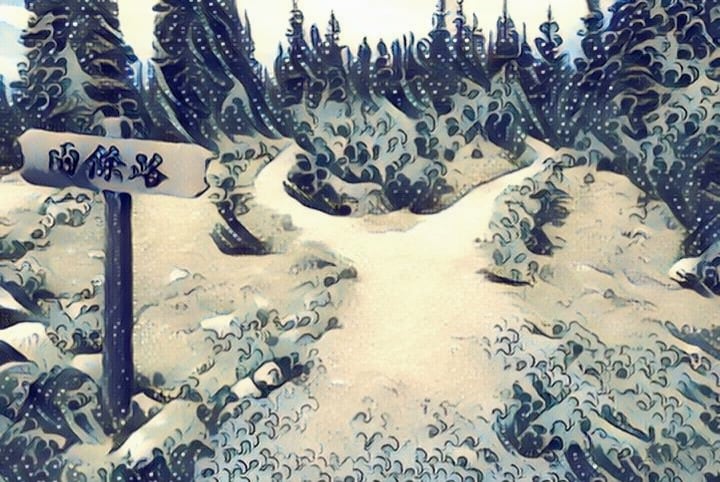 Fables from the Dao in Action

There were two young friends who decided to leave their village and go to the city to make their fortune. They worked hard for thirty years and each friend successfully earned a good amount of money. They decided to return to their village to enjoy their earnings and the rest of their lives.

Editor's Note: Below are selections from the Dao in Action: Inspired Tales for Life. These fables are stories that have influenced Dr. Yang, Jwing-Ming as a martial artist and as a lifelong student of the Dao.

There were two young friends who decided to leave their village and go to the city to make their fortune. They worked hard for thirty years and each friend successfully earned a good amount of money. They decided to return to their village to enjoy their earnings and the rest of their lives.

On the path returning home, they encountered a wizened old man carrying a gong. He told the two rich old men, "I am the angel of death. You each have only three weeks to live. I will come to your homes in three weeks, and you will hear the sound of this gong. It will signal the time of your death." The old man struck the gong, and as the sound disappeared, so did he.

The old friends looked at each other in shock. They had worked hard, lived wisely, and thought they had many years left to enjoy. They resumed their journey with steps heavy with sadness.

When they arrived at their village homes, one of the men got more and more depressed, worried, afraid, and sad. He could not eat and could not sleep. As the days passed, his body weakened and his mind darkened. He sat waiting for the last gong sound.

However, his friend was different. When he arrived home, he thought, "Since I have only three weeks to live, I may as well enjoy it fully and share my fortune with all the poor people in the village."

He spent his days visiting his old friends and finding ways to help the people of the village. He was so busy sharing his good fortune he almost forgot he had only three weeks to live.

As promised, three weeks from their fateful meeting, the death angel arrived at the first man's home. When the man heard the sound of the gong, he died immediately.

At the home of the second man, his friends and the many families whose lives he had changed for the better had gathered to celebrate his life with lion dancing, drums, and firecrackers. When the death angel arrived, he kept hitting the gong, but its sound was drowned out by the noise of the celebration. No one was able to hear the death angel's gong.

The second man lived many more years celebrating each day as if it were going to be his last.

There were seven people living together. However, they had only one big bucket of rice soup each day to share among them, and there was never enough of the rice soup to fill up everyone's stomach.

In the beginning, they drew lots to choose who divided the soup. However, whoever was chosen always had a full stomach while the others were still hungry. Later, they chose the most respected among them to divide the soup. However, in order to receive more soup, each one of the others tried to please the chosen one. Soon, the group was full of politics, and they were all unhappy.

Next, they divided the seven people into two groups. One group of three would divide the soup, and the other four would judge how fairly the first group divided the soup. They argued and argued and took a long time to come to a conclusion. By the time they got to eat it, the rice soup was cold.

Finally, they came up with a method that worked. Each of the seven would take a turn dividing the soup. The one who divided the soup would get the last bowl.

One Plus One Does Not Equal Two

This conversation opened my mind. Now, I believe the arts are creative and not dead.

After I trained White Crane for nearly one year, I discovered that, for the same movement, two of my older classmates applied it differently. I was confused and believed one movement should have only one application. I wanted to understand, so I went to ask my master.

Instead of answering my questions, he asked, "Little Yang, how much is one plus one?"

"Two, master." I said. I wondered why he asked this simple question. "No, it is not two, little Yang." "Master, one plus one is two. I know I am right." I was very confused.

"You see, little Yang, your father is one and your mother is one. After they got married, they had five children. Now, you see, one plus one is seven instead of two. If you treat an art like it's dead, it is two. But if you think the art is alive, it can be many. The arts are creative and, therefore, they can be many from derivation.

Applications are derived from movement, so there are many."

A Raven and a Rabbit

A raven landed on a high branch and rested. A rabbit saw him. He asked, "Can I be like you, doing nothing, just resting?"

"Of course you can."

The rabbit sat under the shade of the tree, resting and doing nothing. Suddenly a fox appeared, caught him by surprise, and ate him.

Pretending to Be an Expert on Reed Pipes (濫竽充數)

The lord of Qi, Xuan (齊宣王), enjoyed reed pipe music. He particularly liked listening to a large group playing at the same time.