Theories of Yin-Yang and Kan-Li 陰陽、坎離之理論 | YMAA
Skip to main content
FREE Shipping Order Over $70. (US Only, Conditions apply)    |   Up to 20% Off. Exclusions apply. 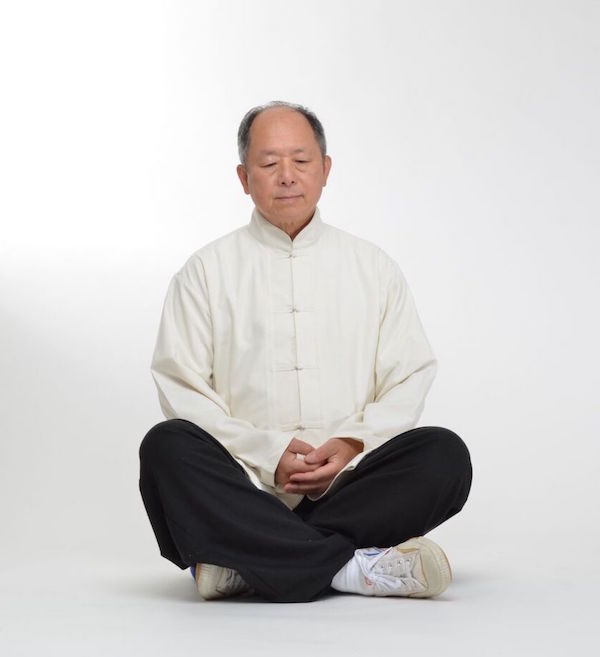 To practice qigong accurately, you must not only understand the theory but also the correct methods of practice. Knowing the theory correctly places a clear and accurate map in your hands leading you to your goal in the shortest time. Without this map, you may take many years to find the correct path.

To practice qigong accurately, you must not only understand the theory but also the correct methods of practice. Knowing the theory correctly places a clear and accurate map in your hands leading you to your goal in the shortest time. Without this map, you may take many years to find the correct path.

Two of the most important concepts in qigong practice are the theory of yin and yang and of kan and li. These two concepts have been commonly confused in qigong society, even in China. If you are able to understand them clearly, you will have grasped an important key to the practice of qigong.

What Are Kan and Li?

Kan and li training has long been of major importance to qigong practitioners.To understand why, you must understand these two words and the theory behind them. The terms kan(坎) and li(離) occur frequently in qigong documents. In the eight trigrams, kan represents "water," while li represents "fire." However, the everyday terms for water and fire are also often used.

Qigong practitioners believe that your body is always too yang, unless you are sick or have not eaten for a long time, in which case, your body may be more yin. When your body is always yang, it is degenerating and burning out. It is believed that this is the cause of aging. If you are able to use water to cool down your body, you can slow down the process of degeneration and thereby lengthen your life. This is the main reason why qigong practitioners have been studying ways of improving the quality of water in their bodies and of reducing the quantity of fire. I believe that as a qigong practitioner, you should always keep this subject at the top of your list for study and research. If you earnestly ponder and experiment, you can grasp the trick of adjusting them.

If you want to learn how to adjust them, you must understand that water and fire mean many things in your body. The first concern is your qi. Qi is classified as fire or water. When your qi is not pure and causes your physical body to heat up and your mental/spiritual body to become unstable (yang), it is classified as fire qi. The qi that is pure and is able to cool both your physical and spiritual bodies (make them more yin) is considered water qi. However, your body can never be purely water.

Water can cool down the fire, but it must never totally quench it because then, you would be dead. It is also said that fire qi is able to agitate and stimulate the emotions and from these emotions generate a "mind." This mind is called xin (心) and is considered the fire mind, yang mind, or emotional mind. On the other hand, the mind that water qi generates is calm, steady, and wise. This mind is called yi (意) and is considered to be the water mind or wisdom mind. If your shen is nourished by fire qi, although your shen may be high, it will be scattered and confused (a yangshen). Naturally, if the shen is nourished and raised by water qi, it will be firm and steady (a yin mind). When your yi is able to effectively govern your emotional xin, your will (strong emotional intention) can be firm.

To understand kan and li clearly and to adjust them efficiently, you are urged to use the modern scientific, medical point of view to analyze the concepts. This will allow you to marry the past and present and give birth to the future.

Kan and Li in Breathing, Mind, and Shen

A. Breathing's Kan and Li

In qigong, breathing is considered a "strategy" that enables you to lead the qi effectively. For example, you can use your breath to lead the qi to your skin or marrow. Slow orfast breathing can make the flow of qi calm or vigorous. When you are excited your body is yang, and you exhale more than you inhale. This leads the qi to the skin so that you sweat, and the excess dissipates into the surrounding air. When you are sad, your body is yin, and you inhale more than you exhale to lead the qi inward to conserve it, and you feel cold. You can see that breathing can be the main cause of changing the body's yin and yang. Therefore, breathing has kan and li.

Generally speaking, in the normal state of your body, inhaling is considered to be a water activity (kan) because you lead the qi inward to the bone marrow where it is stored. This reduces the qi in the muscles and tendons, which calms down the body's yang. Exhaling is considered a fire activity (li) because it brings qi outward to the muscles, tendons, and skin to energize them, making the body more yang. When the body is more yang than its surroundings, the qi in the body is automatically dissipated outward.

Normally, yin and yang should be balanced so that your body will function harmoniously. The trick to maintaining this balance is using breathing strategy. Usually, your inhalations and exhalations should be equal. However, when you are excited, your body is too yang, so youmay inhale longer and deeper to calm your mind and lead the qi inside your body to make it more yin.

In qigong practice, it is very important to grasp the trick of correct breathing. It is the exhalation that leads qi to the five centers (head, two laogong cavities at the center of the palms, and two yongquan cavities near the center of the soles) and the skin to exchange qi with the surroundings.

B. The Mind's Kan and Li

According to Chinese tradition, a human has two minds: xin (心) and yi (意). Xin istranslated literally as "heart" and is considered as the mind generated from emotional disturbance. Therefore, xin can be translated as "emotional mind." The Chinese word for yi is constructed of three characters. The top one means "establish" (立), the middle one means "speaking" (曰), and the bottom one is "heart" (心). That means the emotional mind is under control when you speak. Therefore, yi can be translated as "wisdom mind" or "rational mind." Because the emotional mind makes you excited and emotionally disturbed, which results in the excitement of your body (yang), it is considered as li. The wisdom mind that makes you calm, peaceful, and able to think clearly (yin) is considered to be kan.

In qigong training, the mind is considered the "general" whodirects the entire battle. It is the general who decides the fighting strategy (breathing) and controls the movement of the soldiers (qi). Therefore, as a general, you must control your xin (emotional mind), use your yi (wisdom mind) to judge and understand the situation, and then finally decide on the proper strategy.

In qigong, your wisdom mind must first dominate the situation and generate an idea. This idea generates and executes the strategy (breathing) and is also the force that moves the qi. Generally speaking, when your mind is excited, aggressive, and energized, the strategy (breathing) is more offensive (emphasizing exhalation), and the qi circulation is more vigorous and expansive. This aggressive mind is then considered a fire mind because it is able to make your body more yang. However, when the strategy is more defensive (i.e., emphasizing inhalation), the qi circulation will be more calm and condensing. Therefore, a calm or depressed mind is considered a water mind because it can make your body more yin.

C. The Shen's Kan and Li

Now, it is time to consider the final and most decisive element in winning a battle: the shen (神). Shen is compared to the morale of the general's officers and soldiers. There are many cases throughout history of armies winning battles against great odds because the morale of their soldiers was high. If a soldier's morale is high enough, he can defeat ten enemies.

It is the same in qigong training. It is the shen that determines how successful your qigong practice will be. Your yi (wisdom mind), which is the general who makes the strategy, must also be concerned with raising the fighting morale (shen) of the soldiers (qi). When their morale is raised, the soldiers can be led more efficiently, and consequently, the strategy can be executed more effectively.

You can see that knowing how to use the yi to raise the shen is the major key to successful qigong training. In qigong, shen is considered the headquarters that governs the qi. As a matter of fact, both yi and shen govern the qi. They are closely related and cannot be separated.

Generally speaking, when the wisdom mind (yi) is energized, the shen is also raised. You should understand that in qigong training, you want to raise your shen but not let it get excited. When the shen is raised, the strategy can be carried out effectively. However, if the shen is excited, the body will become too yang, and that is not desirable in qigong practice. When you are practicing qigong, you want to keep your shen high all the time and use it to govern the strategy and the qi. This will enable you to readjust or regulate your kan and li efficiently.

Shen is the control tower that is able to adjust the kan and li, but it does not have kan and li itself. Nevertheless, some qigong practitioners consider the raised shen to be li (fire) and the calm shen to be kan (water).

Now, let us draw a few important conclusions from the above discussion:

A. Kan (water) and li (fire) are not yin and yang. Kan and li are methods that can cause yin or yang.
B. Qi itself is only a form of energy and does not have kan and li. When qi is too excessive or too deficient, it can cause the body to be too yang or too yin.
C. When you adjust kan and li in the body, the mind is the first concern. The mind can be kan or li. It determines the strategy (breathing) for withdrawing the qi (kan) or expanding it (li).
D. Breathing has kan and li. Usually inhaling, which makes the body more yin, is kan. Exhaling, which makes the body more yang, is li.
E. The shen does not have kan and li. Shen is the key to making the kan and li adjustment effective and efficient.

The above is an excerpt from Meridian Qigong Exercises Combining Qigong, Yoga and Acupressure By Dr. Yang, Jwing-Ming, publishing date November 1, 2018, by YMAA Publication Center, ISBN: 9781594394133. 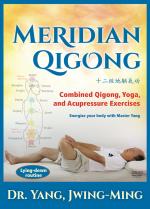 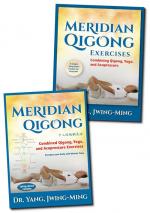