Yang Taijiquan at Medium Speed – A Bridge to Understanding Jing Training | YMAA
Skip to main content
FREE Shipping Order Over $70. (US Only, Conditions apply)    |   Up to 20% Off. Exclusions apply.

Contrary to what is commonly seen in parks or in pharmaceutical commercials, Taijiquan movements can be quick and used for combat. For martial proficiency, the natural progression is slow, medium, then fast. Medium speed is the bridge to understanding different types of "jing" (martial power 勁) and applying "fa jing" (manifesting explosive martial power 發勁) in future practice.

Contrary to what is commonly seen in parks or in pharmaceutical commercials, Taijiquan movements can be quick and used for combat. For martial proficiency, the natural progression is slow, medium, then fast. Medium speed is the bridge to understanding different types of jing (martial power 勁) and applying fa jing (manifesting explosive martial power 發勁) in future practice. Whether training for combat, health, or self-cultivation, students may deepen their knowledge of Taijiquan by practicing at different speeds. Skills learned at slower speeds are honed while new skills are developed.

The author studies the Yang-style 108 Form and the descriptions herein reflect her current understanding of the teachings of her instructor, Dr. Yang Jwing-Ming, and fellow students. These approaches may apply to other styles, but there is no absolute way to train Taijiquan.

Some students may prioritize relaxation and train breathing and leading qi (bio-energy 氣). Others may focus on martial skills. The following are tips to transition from slow to medium speed. Some of the feelings described should already be present in slow speed practice.

Choose one posture and focus on the lower and upper body separately. For example, consider ji (press or squeeze 擠). With hands at the waist, shift from four-six stance to mountain climbing stance. The intention of the movement begins below the navel at the dantian (elixir field, where qi is stored and/or produced 丹田), the body's center. The motion begins at the feet, the root. Feel the ground as the back foot pushes the body forward. Straighten the back leg and turn the hips forward to mountain climbing stance. Likewise, feel the ground as the front foot pushes the body rearward to four-six stance. Stay the same height while shifting back and forth between stances. This is known as "rocking." Repeat and gradually increase speed.

Add the movements for the right arm. With the right leg forward in four-six stance, close the chest and spine bows. Place the right hand in front of the body as if finishing the posture lu (rollback 履). Initiate the spine wave while shifting to mountain climbing stance. Open the chest and spine bows and lead the back of the hand forward for the strike in ji. The chest and spine bows then close to a neutral position. Rock back and forth and feel the torso and arm moving in a whip-like motion. The left hand can remain at the dantian to help sense the movement initiating from the body's center. Repeat and gradually increase speed.

Focus on the left hand and keep the right hand at the dantian. In ji, there is an element of an (push 按) which encompasses the settling of the wrist. In four-six stance with the right leg forward, keep the left palm face down and close to the body. Initiate the spine wave and shift to mountain climbing stance. As the chest and spine bows open, keep the left elbow pointed down and extend the arm. The wrist stays relaxed and the palm settles just before the arm is fully extended. In the sequence, the bottom of the palm finishes at shoulder height. The chest and spine bows then close to a neutral position. Rock back and forth and increase speed.

When comfortable, combine all movements. Remember, the strike in ji uses both hands. The left palm provides an aggressive push to support the right hand.

For the lower body, the goal is to develop the feeling of connection from the ground to the dantian. While training the upper body, first pay attention to the dantian initiating the spine wave. Then notice the chest and spine bows changing from closed, to open, to neutral. (Note: the chest and spine bows can sometimes be closed for strikes.) When those sections move naturally, focus on extending the arms and settling the wrist. When training the entire body, sense the connection starting at the root and traveling up the leg, hips, torso, arms, and hands. Apply the feeling to the second and third drills. After rocking while stationary, the next progression is stepping.

For the 108 Form, try the beginning (qi shi 起勢) to peng (wardoff 掤), peng through an, or single whip (dan bian 單鞭) to white crane spreads its wings (bai he liang chi 白鶴亮翅). Focusing on three to four postures at a time will allow one to connect movements without feeling overwhelmed. Gradually link more postures. Additionally, continue to refine one posture at a time.

These drills can be practiced when transitioning from slow to medium or medium to fast speed.

Softness is a characteristic of Taijiquan. It allows for better flow of qi and execution of certain types of jing. Softness begins with a calm mind and conditioned body. Flexibility is critical in allowing the body to assume proper alignment. Structural integrity relies on the alignment of the bones and ligaments, rather than muscular strength. Alignment is crucial in avoiding injuries and maximizing fa jing in future practice.

Another component of body mechanics is moving with correct timing. Generally, one section of the body should start to move just before the next section. There are exceptions where the chest and spine bows can move concurrently, depending on the application. If the timing of the movements is off, the flow will be interrupted and some potential power will be unrealized. Oftentimes, students will finish shifting to mountain climbing stance well before the arm is fully extended. If this occurs while training fa jing, the power will only come from the upper body. The full extension of the legs and arms should be completed simultaneously.

Relaxation is another element in maintaining softness. Tension can occur for different reasons at different points of practice. Training at faster speeds presents new challenges and some students may tense up as a result. For others, slow speed may cause tension if one has difficulty maintaining low stances. It may be easier to relax at medium speed since the stances are held for a shorter time.

To train for relaxation, continue to practice slow speed and consider supplemental conditioning drills. Additional strength, flexibility, and endurance will allow one to remain relaxed for longer periods. Likewise, remaining relaxed during practice will allow one to fully utilize the body's physical capabilities. Another major element in relaxation is having deep, smooth breaths.

Practice one posture and focus on the upper body and breath. For example, consider the posture, step back and repulse the monkey. In horse stance, start with the hips turned right, left hand extended, and right hand at the waist. Inhale, coil with the left hand, and lift the right hand up and behind the body. Exhale, twist the hips left, draw the left hand to the waist, and extend the right hand. Repeat on the other side. Take deep, relaxed breaths and practice until comfortable with the upper body movements. Then add rocking.

Students familiar with reverse abdominal breathing should also apply it in their practice.

In addition to remaining calm and focused, the mind should develop the following skills for martial practice.

Sense of enemy is the sense of targets and awareness of the enemy's position. For example, when locking the wrist and elbow, the height and distance of one's arms and wrists should be appropriate according to one's own body. Strikes to the eyes, throat, solar plexus, and cavities should also reflect the practitioner's measurements and positioning. In sparring situations, adjustments should be made depending on the partner. A practitioner should also be conscious of her or his own exposed areas while employing hua jing (neutralizing jing 化勁). This awareness is especially important before utilizing fa jing, as offensive positions leave areas vulnerable to counterattacks.

One of the more difficult skills to train is yi (intent 意). It may take years of conditioning, sequence repetitions, and partner drills before yi can be expressed in solo practice. When yi is strong, an observer may be able to see and feel it in the practitioner's eyes and subtle inflections of the movements.

Use the mind to lead the qi in a conditioned pathway. The method taught by Dr. Yang employs the spine wave to open and close the mingmen (命門) and incorporate martial grand circulation. For information on this in-depth practice, consider the DVD: Understanding Qigong – Martial Arts Breathing.

While standing, focus on a single posture such as an or ji. On the inhale, begin the spine wave, lead qi from the dantian, up the governing vessel to the dazhui (大椎). On the exhale, lead the qi out the arms and hands. Then add rocking. Once comfortable with martial grand circulation, practice four gates breathing by leading the qi out the palms and bottoms of the feet. Then add rocking and then stepping.

Before transitioning to fast speed, the next challenge is to deepen one's understanding of the many types of jing. At a minimum, this requires persistent practice of applications to comprehend the postures' jing patterns. Practitioners should also train and understand soft jing, soft-hard jing, and hard jing.

The required synergy of the body, breath, mind and qi to transition from slow to fast speed practice is facilitated through diligent practice of medium speed. Over time, the regulating actions may occur between deliberate and subconscious efforts. An important element to progressing is cultivating the awareness of areas to adjust and the methods to do so. Another is devoting a balanced ratio of training in and out of one's comfort zones. At faster speeds, the loss of balance, root, and center is easier to gauge. The perception of lower and upper body connection improves. Sense of enemy and yi can be developed as the motions inch closer to combat speed. There is no singular training progression as it depends on the individual's goals, experiences, and learning style. Regardless of the reasons for training, students may deepen their understanding of and appreciation for Taijiquan by practicing at varying speeds.

Michelle Lin has been active in YMAA (Yang's Martial Arts Association) for over 15 years. From 2013 – 2018, she trained under Dr. Yang Jwing-Ming at the YMAA Retreat Center in Miranda, CA. Michelle is grateful for her friendship with the folks at Kung Fu Tai Chi magazine and she participated in their Tiger Claw Elite Championship as both a competitor and judge. Her involvement in the tournament led to her role on Assassin's Creed (2016). In addition to training and teaching martial arts, she produces videos with her partner, Jonathan Chang, as Barking Rabbit Media – see www.barkingrabbit.com/michelle

The above article appeared in "© 2019 KungFuMagazine.com. Republished by permission". 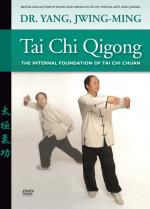