The Three Building Blocks Of Learning And Training In Judo | YMAA
Skip to main content
Free Shipping (US Only, Conditions apply) on Orders $75 or more. 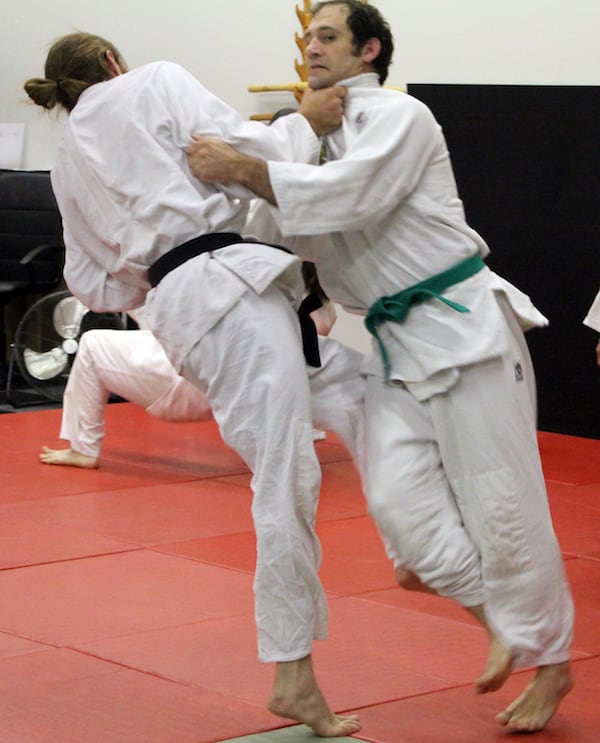 The Three Building Blocks Of Learning And Training In Judo

In any field of study, there has to be some kind of structure so that the contents of that particular area of study can be logically understood, taught and learned, and ultimately passed on to others. This structure or framework must have a firm theoretical and philosophical foundation based on practical application and, just an important, allow for innovation to take place. It must be fixed, yet flexible so that the activity (in this case judo) has room to grow.

In any field of study, there has to be some kind of structure so that the contents of that particular area of study can be logically understood, taught and learned, and ultimately passed on to others.

This structure or framework must have a firm theoretical and philosophical foundation based on practical application and, just an important, allow for innovation to take place. It must be fixed, yet flexible so that the activity (in this case judo) has room to grow.

Judo has such a framework and is comprised of three fundamental elements that have not changed to any significant degree since judo's founder, Professor Jigoro Kano, conceived them. Professor Kano is considered to be the father of physical education in his native country of Japan and his development of Kodokan Judo in 1882 brought rational educational theories and practices to the teaching and learning of Japanese martial arts. When Professor Kano introduced these ideas in the late 19th Century, they were groundbreaking in terms of teaching jujutsu and martial arts. Professor Kano was heavily influenced by western concepts of education and used them in formulating a core methodology in the teaching and learning of judo. Even a surface examination of these three elements of training will prove that they are present in every form of physical education, not just judo or the martial arts.

So, if there was ever a practical blueprint for learning and training in any martial art (or any form of physical education), these three elements are it.

Kata translates to "form" and signifies structured training. Randori translates to "free practice" and places emphasis on the practice of practical applications of a skill, similar to a scrimmage used in football or other sports. Shiai translates to "meeting for a test" and is the time when a student must put his skills to actual use. This is a realistic "test" of what the student knows and how to apply it. With this brief introduction, let's take a closer look at these three elements.

Kata is the structured training necessary to effectively teach new skills and reinforce already-learned skills.  The word "kata" actually translates to mean "form or shape" and in a practical sense, kata is a structured movement or activity designed to increase performance in a technical or applied skill.

While there are established forms or kata in judo (such as nage no kata-form of throwing or katame no kata-form of grappling), kata can be any drill, exercise or pattern of movements that increase learning, skill acquisition or fitness. Professor Kano believed in a systematic, structured approach to developing skill. His approach to kata included the historical approach of feudal jujutsu where kata was the repository of the techniques of a particular jujutsu school and then he took the concept further so kata provided a structured basis of learning. From his education and training to be a teacher, he was aware of the effectiveness of having some kind of useful structure to the learning of any type of activity.

Professor Kano believed that Judo is foremost a method of physical education. Because of this, he believed that judo must provide some form of training that would provide for the total development of the body and mind. Judo was, and is, more than simply a form of fighting.  Kano was critical of the poor training methods used in the jujutsu schools of Japan during the late 1800s. His goal was to replace these crude teaching methods with a systematic and orderly methodology that would prove to be more efficient and effective. That systematic methodology is kata.

Unfortunately, over the years since then, kata has developed into a stylized, fixed and rigid set of techniques and movements performed in an almost dance-like method. Historically, this started in the 1950s and has continued since. This is what most judo people visualize when they think of kata. It's not the practical approach to structured learning that it was originally intended to be and is now simply a performance.

Because of this, most people who practice judo think of kata as something separate from their daily practice or application and view it as something they have to learn and perform for the advancement of belt rank.  What's happened is that most people simply don't practice kata anymore, and as a result, don't use it as a form of exploring further into the technical aspects of judo.

Kata, if done with the attitude of adding to the overall training program, is an integral part of a great workout.  If one approaches kata like it's some kind of performance or rigid dance, then a person won't get the same benefits as if it were approached as a training tool.

From a functional point of view, kata is the structured training that is necessary for learning judo in an organized, systematic and effective way. Taking the concept of kata for its functional application, it's my contention that structured, organized coaching defines exactly what kata is.  I believe the original intent of kata was to serve as a way to make available the technical and theoretical applications of judo.  As said before, kata wasn't intended to be a performance, but rather a means of exploring all aspects of learning in judo.  My interpretation is that as long as a drill or training exercise has a functional purpose, it falls under the description of kata.

Most, if not all, sports have some kind of kata. The structured and systematic learning (kata) describes the drill training used in other forms of physical education. In a football practice, the coach runs the players through various drills.  Some drills emphasize skill development, others emphasize physical fitness, while others are situational; where the team rehearses the actual plays they will use in a game. This is kata (structured training and learning) in every sense of the word. The team will also scrimmage during practice, giving them a chance to try out things they have rehearsed in the drills. Some scrimmages are more controlled than others, depending on the needs of the team. This describes randori.  On Saturday, the team plays in an actual game against an opposing team.  This is the test (shiai) for both teams.  The point I'm trying to make is that every form of physical education or sport, judo included, relies on kata, randori and shiai and kata provides the structured learning that is necessary for the other two elements to be successful.

Randori is free practice under the supervision of a coach.  This is the phase of training where judo athletes can freely attack and defend. Just like a scrimmage in football, each randori session must have a purpose with the goal of increasing the technical, tactical or fitness level of the students or athletes doing it. Randori is training, it's not a contest or fight. The purpose of randori isn't for senior or advanced students to beat up lesser skilled practice partners. A coach or senior member of the group should always supervise each round of randori. The great thing about randori, like any scrimmage drill, there are many different ways to practice randori; each with a specific purpose and goal.

Historical jujutsu, which is the forerunner of Kodokan Judo, emphasized the use of "kaho" or the method of training that relied strictly on the use of kata.  The rough and tumble techniques of the many jujutsu schools made it all but impossible to practice them in any form other than a pre-arranged series of movements.  There was no such thing as randori in most jujutsu schools. According to martial arts historian and author Donn Draeger, when Prof. Kano studied Kito-ryu jujutsu, he was introduced to what was called "ran o toru" which is a phrase meaning "to take freedom of action." This was a form of training that developed into what we now recognize as randori. This concept of "ran" or "freedom" that he learned from the Kito school led to his concept of "randori" or "free exercise."

If judo athletes only randori, they are limiting themselves severely in their technical development.  Every student needs kata (structured training) to learn the skills necessary to be able to effectively use randori as a method of training.  Likewise, judo athletes need randori (free practice) to learn how to put their techniques to work in a functional and practical way. There are times during a period of training that a judoka emphasizes randori and may have practices that are made up entirely of randori, but this is part of an overall development program and shouldn't be the only method of training.  Simply making it a habit of showing up to the dojo and only doing "fighting judo" won't make anyone a complete judoka.  It's the same as a football team only scrimmaging in practice and never learning their plays.

Shiai is the testing of oneself.  The phrase is made up of two Japanese words. "Shi" means "to test" and "ai" means to meet. It's generally accepted that a shiai is a competition, but the concept of the word implies "testing" more than "fighting."  The Japanese word "shobu" is more what really takes place in a judo tournament. Shobu is a combination of two words; "sho" which means, "to win" and "bu" which translates to mean, "to lose."

Professor Kano, in my view, chose his words carefully.  He wanted this phase of judo development to be a test of one's abilities.  One can be tested in a variety of ways, one of which is in competition.  Had Professor Kano chosen the word shobu rather than shiai, he would have made it abundantly clear that it was only the medium of sport combat that one could prove the worth of his training.  Kano believed that the character of each of his students was the ultimate "shiai" or test. The idea of "kogi" judo, or a total approach to the entire study of Kodokan Judo was the goal of Prof. Kano rather than "kyogi" judo, or the exclusive sport combat approach to training.

During the build-up to World War II, the Japanese military took over much of the training at the Kodokan in spite of Kano's resistance.  The result of this was the emergence of the kyogi approach to judo with most of the emphasis on randori and little in the way of character development or kogi judo. According to Donn Drager, in his book, Modern Bujutsu and Budo (published by Weatherhill,) it was during this time that shobu replaced shiai, if not in name, certainly in meaning and it has remained the same since.

A student's development is taken in steps, not leaps and bounds. These three elements of kata, randori and shiai form the philosophical and educational underpinning for successful judo.  Showing up and fighting every practice and learning a few tricks along the way is no way to prepare a student or an athlete to achieve his or her potential in judo. A program of structured training and learning, interspersed with a good amount of free practice, and once in a while, a test to see how well the progress is coming along, is a good formula for success in judo.

The above is an original article by Steve Scott author of The Judo Advantage: Controlling Movement with Modern Kinesiology.