The Legality of Protecting Yourself with a Martial Art | YMAA
Skip to main content
FREE Shipping Order Over $70. (US Only, Conditions apply)    |   Up to 20% Off. Exclusions apply.

Home >> Articles >> The Legality of Protecting Yourself with a Martial Art 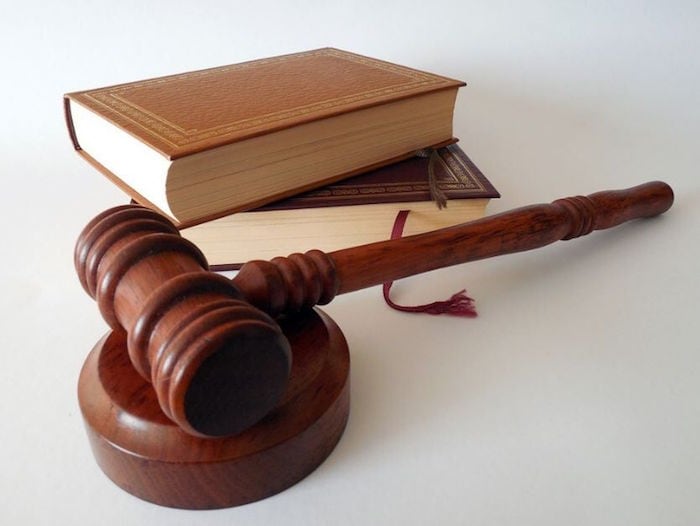 The Legality of Protecting Yourself with a Martial Art

If avoidance, de-escalation and escape fail, the goal is never to waver about resorting to counterviolence in the face of violence. True self-defense focuses not simply on survival, but rather on how to neutralize the aggressor. There is no pity or humanity in a, perhaps, desperate visceral self-defense situation provided the counterforce is legally justifiable. Legally, you must be able to articulate what you did and why you did it. Your actions must be objectively reasonable to allow for an affirmative defense, should you face legal inquiry.

If avoidance, de-escalation and escape fail, the goal is never to waver about resorting to counterviolence in the face of violence. True self-defense focuses not simply on survival, but rather on how to neutralize the aggressor. There is no pity or humanity in a, perhaps, desperate visceral self-defense situation provided the counterforce is legally justifiable. Legally, you must be able to articulate what you did and why you did it. Your actions must be objectively reasonable to allow for an affirmative defense, should you face legal inquiry.

Counterattacks, especially using retzev continuous combat motion, must be considered and understood within a legal use of force context. When there is no choice but to use counterforce against a potential deadly force threat (whom cannot be reasoned with or otherwise deterred), you, the kravist train to temporarily incapacitate or, if necessary, maim an attacker. For civilian self-defense, we do not advocate in any way killing an attacker unless it is absolutely necessary and within the scope of deadly force encounter. To avoid legal ramifications, you must articulate why you injured an attacker.

It behooves us to once again remember how and why krav maga was developed. Of course, the answer is self-defense. However, it was a specific "battle zone" type of self-defense. Imi developed krav maga to contend with threats from hostile fellow civilians in pre-war Slovakia, terrorists, and enemy combatants all of who gave no quarter. Krav maga's founding philosophy and tactics recognized that legal liability and jeopardy were usually inapplicable, if not entirely irrelevant in those particular settings. Visceral counterviolence was generally both warranted and required to survive this type of violence. In such situations, there was just one overwhelming rule: survive.

Today, when civilians employ self-defense, rules govern the proportionality of permissible counterforce. Self-defense may be defined as reasonably necessary counterforce to protect yourself from suffering potential injury or death. If you use and claim self-defense, you will be scrutinized by the police and, quite possibly, the local prosecutor. They will examine closely if your self-defense actions are justified and objectively reasonable.

Historically, threatening an individual verbally was an assault while unwanted touching or striking a person was battery. Assault and battery generally occurred together. In other words, physical contact to the body progresses the crime of assault into one of assault and battery.

In the United States, a physical attack (or even the threat of an attack) is usually classified as an assault, a battery, or both. The modern trend is to classify a physical attack as a type of assault. Some states alternatively define assault as an intentional act precipitating fear of imminent bodily harm inflicted by another person. As noted, increasingly, modern statutes do not distinguish between the crime of battery and assault. In other words, statutes often refer to physical violence crimes as assaults.

Depending on the gravity of the attack (including a weapon), an assault can be elevated to a level of aggravated assault. To convict a person of assault (or battery in some states), a prosecutor must prove all three elements beyond a reasonable doubt:

Aggravated battery/assault is usually classified as a serious felony grade offense. This type of charge is likely to be sought when a battery/assault causes serious bodily injury or permanent disfigurement. Note in some states, shod feet used to kick someone, especially when the person is on the ground, may constitute an aggravated battery/assault. Alternatively, other statues recognize different levels of injury by classifying them as ascending order of seriousness: first (most serious), second, or third degree (less serious) assaults.

You must use only force that appears to reasonably be necessary to prevent the harm. You must not use force that is likely to cause death or seriously bodily injury unless you reasonably believe that you will be maimed or killed. Should you use more force than is necessary you will lose the privilege of self-defense.

Once again, for non-deadly force, the law generally recognizes that a person may use such force as reasonably necessary to thwart the imminent use of force against that person, short of deadly force. Understand that you may also step into the shoes of a third party to intervene using and meeting a specific state's standard. The standard of reasonable force you are held will be that of a reasonably prudent person (found in the geographic area of the incident). What this means is the average juror may not – more likely will not – understand or fully appreciate the physical countermeasures you took. Therefore, you must articulate why you used anatomical targeting to stop the threat to absolve you of excessive force allegations.

An expert witness can bolster your argument by educating the jury about the nature of violent attacks and physical dangers. Remember, most untrained people including your average jurors conjure up images of violent action movies and police dramas for their respective understandings and representations of counterviolence. You can only argue and present what you perceived to be a potential or actual threat. The court will infer from both circumstances and evidence what you did. You must highly influence this inference by your explanation of your actions (assuming your actions were justified) to prevent the aggressor from becoming the victim in the court's eyes and you as the guilty perpetrator. Your actions must parallel and support your statements. Your statements must do the same for your actions.

Legally, self-defense is an affirmative defense. This means you admit to (counterattacking) the aggressor. You have the burden of proving you acted in self-defense and, crucially, that you were not the aggressor.  To explain your actions, you need only to have a reasonable belief regarding the violent nature and danger of the other person's actions. Importantly, apparent necessity, not actual necessity will suffice for a sustainable self-defense explanation.

You will have to articulate why you had no choice but to use counterviolence. You'll have to explain the following four reasonable beliefs for a self-defense claim:

Your legal justification for your self-defense actions may center on (1) how well can you articulate the reasons for your actions and (2) was your counterviolence warranted (using the reasonableness standard).

Using a retzev counterattack will invite acute legal scrutiny. For the average kravist, a retzev counterattack of short-lived yet continuous explosive counterviolence is usually completed in as few as two to three seconds. In a violent crisis situation, there is no time to analyze what specific counterattack might be optimum. You'll need to defend yourself by counterattacking whatever part of the attacker's vulnerable anatomy is opportune to stop him.

Scrutiny of your Self Defense Training

To be sure, a trained person is often held to a higher standard of reasonableness than the average person in court. Your training will no doubt be brought to light by both the prosecution and/or plaintiff's attorney and similar by your own attorney. The prosecutor and/or plaintiff's attorney will represent that you have, by virtue of your training, a better understanding of the use of force. Perhaps, in a jury's mind, you have through your training acquired magic pressure point or series of non-injurious joint locks you could have summoned to stop the attacker. It is precisely this better understanding of use of force you must be able to articulate: both what you did and why you did it. Use your training to your advantage as you did in the violent incident, now, in court to justify your actions.

It cannot be emphasized enough, when defending yourself, you are only entitled to use the amount of force that is commensurate or proportional with the threat. In my book, Krav Maga Combatives Maximum Effect, the goal is to optimize your combatives so that, paradoxically, your legal defense of your actions is easier, not more difficult. In other words, for a police officer, district attorney, or jury perceiving your actions, one superior knee strike that stops an attacker will appear more reasonable than three ineffective knee strikes.  So again, do a combative right the first time. Be sure to keep in mind, that as tempting as it might be to severely hurt or kill your assailant, you must make a deliberate conscious decision, a real-time reasonable assessment, when to cease your counterattack. If you use counterviolence, you must believe the stakes are real and the aggressor is playing for keeps.

Not only does a practical, reality-based threat analysis method enable you to avoid danger and violence, it helps you develop a legal and liability shield against arrest and prosecution should you need to use counterforce. If you must resort to violence to protect yourself, you must be able to explain to a jury why and how you chose your actions and that there were no reasonable alternatives. This is counterbalanced against the understanding that any serious physical confrontation has the potential to kill you. Even if you prevail in criminal court, you are likely to face civil proceedings. Financial penalties might include compensating the injured party for lost earnings, medical bills, pain, and suffering along with the perspective of a jury awarding punitive damages to teach you a lesson. Keep in mind that the burden of proof to prove civil liability is less restrictive than a prosecutor's burden of proof. In a civil court the victim must simply prove that your actions caused physical injuries, mental anguish and other losses.