Metarobics, Tai Chi and Alzheimer’s | YMAA
Skip to main content
FREE Shipping Order Over $70. (US Only, Conditions apply)    |   Up to 40% Off. Exclusions apply. 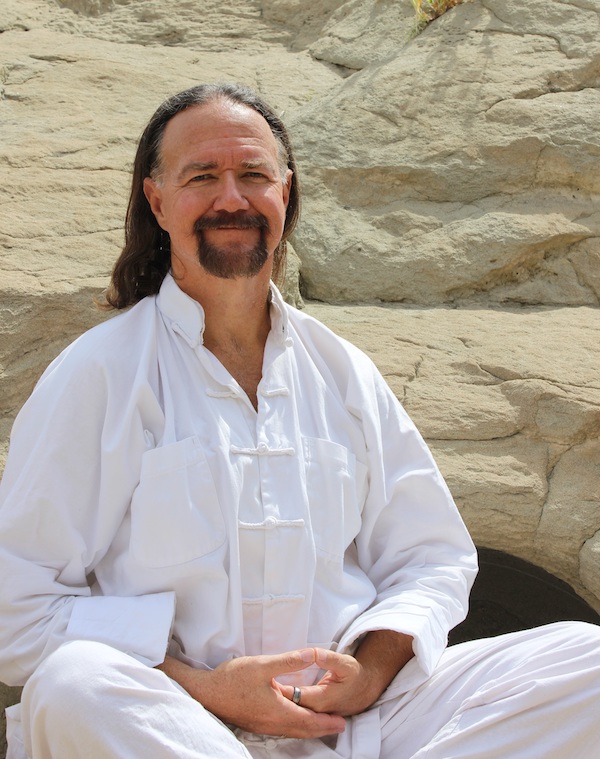 Alzheimer’s is a scary disease. To go from having memories and full mental functioning to not knowing who you are, a decline in mental and physical functioning, and eventual death—what can be scarier than that? And as a disease, Alzheimer’s is becoming increasingly prevalent. According to the Centers for Disease Control, death rates from Alzheimer’s disease increased 55 percent between 1999 and 2014. Approximately one-third of all people age 85 and older may have Alzheimer's disease. Although genes and environment can play a factor, much of the growth of Alzheimer’s may be linked to a more sedentary lifestyle.

Alzheimer’s is a scary disease. To go from having memories and full mental functioning to not knowing who you are, a decline in mental and physical functioning, and eventual death—what can be scarier than that? And as a disease, Alzheimer’s is becoming increasingly prevalent. According to the Centers for Disease Control, death rates from Alzheimer’s disease increased 55 percent between 1999 and 2014. Approximately one-third of all people age 85 and older may have Alzheimer's disease. Although genes and environment can play a factor, much of the growth of Alzheimer’s may be linked to a more sedentary lifestyle.

Tai chi is one way to overcome this, as an older adult user-friendly exercise, which also benefits other conditions common to older adults—poor balance, blood pressure, cholesterol, and inflammation. All of these are health problems associated with aging are also associated with the development of Alzheimer’s disease, including progressive problems with balance. My research on the Metarobic effects of tai chi and related exercises documents benefits for these and many other chronic conditions. The effects on enhanced blood oxygen saturation, diffusion and oxygen metabolism may also explain why new research supports potential direct benefits of tai chi for Alzheimer’s disease. Before we look at how and why tai chi and other exercises might benefit and help prevent Alzheimer’s, it is worth looking at how Alzheimer’s affects the brain.

Initially Alzheimer’s destroys neurons and connections in parts of the brain involved in memory. At least part of this is due to reduced or compromised blood flow to the brain. The brain is nourished by one of the body’s most abundant networks of blood vessels. It is worth noting that the brain has one of the richest blood supplies of any organ, consuming up to 20 percent of the energy used by the human body. This is more than any other organ. The risk of developing Alzheimer’s or vascular dementia appears to be increased by many conditions, including conditions which damage the heart, blood vessels, and circulation. These conditions include heart disease, diabetes, stroke, high blood pressure, and high cholesterol. All of which benefit from breath-focused relaxation exercises, such as tai chi. As Alzheimer’s disease develops, cell death can affect areas of the brain responsible for language, reasoning, and social behavior, as well as vital processes in the brain involved in metabolism and repair. Over time this leads to an inability to live and function independently, and eventually in death.

As noted above, a large part of dementia and Alzheimer’s is impaired blood flow in the brain. This change is due at least in part to the buildup of a form of plaque similar to cholesterol plaque, but unique to the central nervous system. Alzheimer’s disease can also lead to atherosclerosis (hardening of the arteries) in the blood vessels of the brain, as well as in mini-strokes. This contributes to inflammation in the brain, which adds to the problems with blood circulation in the brain. Research supports that Alzheimer’s is both a consequence and a cause of vascular problems and decreased blood circulation in the brain. Of particular importance is the effect on reduced blood flow and capillary function in the brain, due to the increase of plaque buildup in the blood vessels of the central nervous system. This can result in hypoxia, or oxygen deficiency in the tissues. Studies support that local hypoxia can augment the development of Alzheimer’s. My research on the Metarobic effects of tai chi and qigong supports that these exercises can reverse hypoxia through enhanced blood oxygen saturation, diffusion, and oxygen metabolism. More information about this can be found in my book Mindful Exercise: Metarobics, Healing, and the Power of Tai Chi.

It is too early to state that poor circulation and oxygen deficiency in the brain is the primary cause of Alzheimer’s. But the above research is promising in supporting the importance of exercise, particularly those forms of exercise with a Metarobic component, for enhancing blood oxygen saturation, diffusion, and oxygen metabolism. Aside from Alzheimer’s, hypoxia also underlies many other conditions, from cancer to diabetes. Insufficient blood circulation is like poor gas flow in your car—it is hard to operate the body without it!

This helps explain why exercise, in general, including aerobics; and Metarobic exercises in particular, which enhances micro-circulation and metabolic function, can help prevent Alzheimer’s. Exercise can also delay the effects of Alzheimer’s in those who already have the disease. Various studies show that people who exercise regularly are less likely to get forms of dementia, including Alzheimer’s. Social activity, and learning new activities, can also help prevent or slow the progression of Alzheimer’s, possibly through more active cognitive processes. Similar to the old saying, “use it or lose it.” Mental functioning, just thinking and concentrating as when learning a new activity, enhances blood circulation in the brain. This is because blood flow and oxygen metabolism is essential for effective cellular functioning including efficient nerve cell function.

One study specifically on the effects of tai chi, conducted at the University of South Florida, investigated the benefits of regular tai chi for Alzheimer’s for seniors, using a randomized controlled trial. A randomized control trial is the epitome of research, controlling for bias and expectation effects, by randomly placing participants in a study group (in this case tai chi,) and a control group, which receives no intervention. Results of the two groups are then compared. In this study, researchers found that the group doing tai chi actually increased brain volume, while also enhancing memory and thinking scores. The researchers noted that this can help reduce the risk of Alzheimer’s. The control group, which did not practice tai chi, experienced a decline in brain volume typically associated with aging. The focus on relaxation and the breath, which increases Metarobic effects, may be particularly effective in preventing or slowing the progression of Alzheimer’s, since slow moving breath-focused exercises such as tai chi, and forms of qigong, yoga, and even walking, enhance blood oxygen saturation, diffusion, and metabolic function. These exercises also involve mental engagement and learning, which as noted above is beneficial for brain health.

Since tai chi has also been demonstrated to reduce associated risk factors for Alzheimer’s, including high blood pressure, cholesterol, and diabetes, it offers promise as an exercise that may hold off or diminish the effects of aging and Alzheimer’s from a variety of perspectives, beyond potential direct effects related to enhanced blood circulation in the brain. And as with any new exercise, make sure to tell your health care provider if you are considering tai chi or any other exercise, particularly if you have a current health condition, have not exercised in a while, or if you are an older adult. The benefits for health, balance, and mental function are worth spending time investigating. As interest in tai chi and qigong grows, so are opportunities for user-friendly formats focused on health.