Qigong for Anxiety, Depression, and Insomnia | YMAA
Skip to main content
FREE Shipping Order Over $70. (US Only, Conditions apply)    |   Up to 40% Off. Exclusions apply. 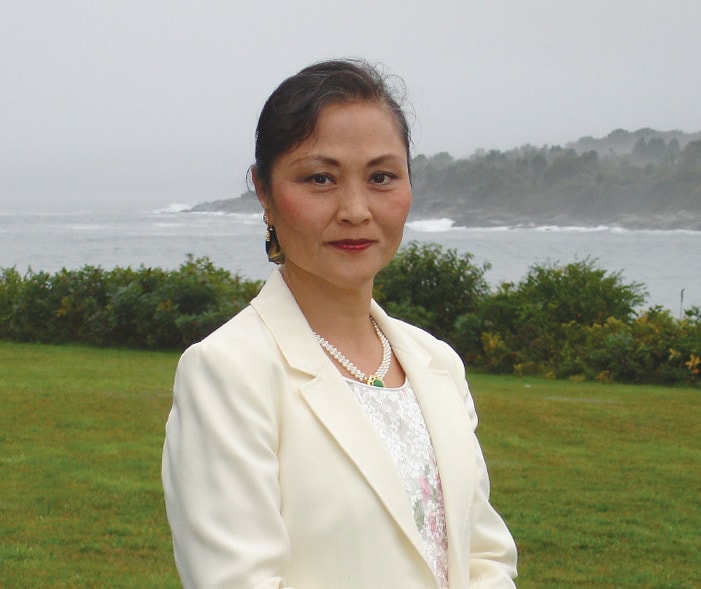 Qigong for Anxiety, Depression, and Insomnia

Qigong is a healing practice that combines breath control with concentration of the mind. There are many forms of qigong, but they all basically fall within two types: passive or active. Passive qigong is performed seated or lying down and resembles the stances we associate with meditation. This is also known as internal qigong or nei gong. In the active form of qigong, breath control and focused attention are combined with specific movements to create a type of moving meditation. Active qigong, also known as external qigong or wei gong, is similar to tai chi and yoga.

The practice of qigong is an ancient one. These exercises were known by several names over the centuries, including Dao-Yin, “leading and guiding the energy.” Silk scrolls were discovered in the Mawangdui tombs in 1973. These silk texts date back to 168 BCE. A chart was found amongst these scrolls that depicted the Dao-Yin postures. The Dao-Yin Tu (Dao-Yin Illustrations) consisted of 4 rows of 11 postures, 44 in all. In these illustrations, the roots of most modern qigong practices can be found. There were also descriptions of the stances, instructions for the movements, and indications for the use of each exercise. Certain Dao-Yin exercises were deemed valuable in treating low back pain and painful knees, others were indicated for gastrointestinal disorders, and still others were designated to treat anxiety. This demonstrates that not only were Dao-Yin exercises prescribed as a medical therapy, but that ancient physicians appreciated the utility of this type of qigong practice in the treatment of emotional disharmony.

As old as qigong is, its development was likely influenced by the older Indian practice of yoga. The earliest known documentation of yoga was found in the Indus Valley and date back 5,000 years. Two millennia later, in approximately 1000 BCE, the Upanishads were written. These commentaries emphasize the personal, experiential nature of the journey toward spirituality and elucidate many basic yoga teachings, promoting an understanding of the principles of karma, chakras, meditation, and prana. In India, the vital life force is known as “prana” and pranayama is the cultivation of the life force through breath control. By breathing with intention, the prana is moved through the nadi (channels). The intersections of important nadi are called chakras. There are many similarities between this system of energy management and that of qigong and Eastern medicine. Qigong requires the same attention and control of the breath and the movement of qi through channels of the body. Interestingly, the locations of many important acupuncture points correspond to the positions of the chakras.

Yoga and tai chi have many benefits, but we feel that qigong is the best practice if you are new to these Eastern healing arts, especially if you have any physical limitations that prevent prolonged standing or impede your ability to move between standing and lying positions. Whether you practice nei gong or wei gong, the regulation essential components is related and inseparable: the body, the breath, the mind (thoughts), the qi, and the spirit (emotions). The purpose of regulating and strengthening these components is to achieve good health and longevity.

These related and inseparable elements can also be understood, in a traditional sense, as “The Three Treasures”—jing, qi, and shen. In Eastern medicine, “The Three Treasures” are considered the root of life. The jing is often translated as essence and, in a Western sense, is akin to your genetic constitution. It is a fundamental substance that is intimately involved with reproduction, growth, and development of the body from birth to death. Qi has been described as the vital, dynamic force that animates the body. It could be considered the current that runs the motor of our metabolism and drives every aspect of our bodily functions. The term shen is harder to translate. For our purposes, it can be thought of as our mind or spirit. Depending upon the context, the word shen can mean immortal, god, spirit, mind, or soul.

By practicing qigong we can strengthen the Three Treasures. Because the jing, qi, and shen are inseparable, they each support and fortify the others leading to better physical and emotional health and well-being.

An in-depth understanding of qigong is not necessary for you to begin your practice. What is necessary? You must focus attention on your breath and be aware of the flow of qi as you move your body with intention.

Qigong is a journey. The goal is not perfection, but incremental improvement in physical, emotional, and spiritual well-being. Patience and persistence is the key to receiving the many benefits of qigong.

Qigong practice benefits all parts of the body, including all the organ systems and brain.

Qi is dynamic. It performs like a motor that pushes the blood where it should go. If a person’s qi is strong and circulates well in the body, their blood will also circulate well. If a person’s qi is stagnant or weak, it will cause blood stagnation, which according to Eastern medical theory can cause heart disease. Qigong contributes to better heart health by regulating the autonomic nervous system. In particular, exercises activate the vagus nerve—which is a great way to preserve heart energy, normalize cardiac arrhythmias, and maintain normal blood pressure.

Through deep and slow breathing, more oxygen goes into the lungs. Slow and deep breathing also activates the parasympathetic (calming) part of the autonomic nervous system. Recall that the nervous system interfaces with the immune system. This process helps the functioning of all cells through proper oxygenation while also improving defensive energy—which in Western medicine we call the “respiratory immune system”—through modulation of the immune system. The lining of the nose, throat, lungs, gut and urinary tract all contain immunoglobulin A (IgA). IgA is an antibody in the respiratory tract, which protects it from various germs and pathogens and acts as the first line of defense against bacteria and viruses. If the respiratory immune system is strong, immunoglobulin A (IgA) can fight germs, allowing less opportunity for colds and other respiratory infections to take hold.

Qigong can improve stomach and spleen energy, which is related to digestion and absorption. From a Western perspective, qigong regulates the vagus nerve, which also controls digestion. With regular practice, digestive enzymes and digestive movement stay balanced through vagus nerve regulation.

Once the circulation of the qi and blood are improved, muscles receive more oxygen and blood—the muscles become more resilient, more toned, and stronger. Muscle aging is delayed, and joints become more flexible. Overall, we can maintain a younger body even though we are going through the aging process.

Balanced qi also helps balance the body’s organ systems, which helps balance metabolism and the endocrine system. Here again, these benefits are due to the effect that qigong has on our nervous systems. The central and peripheral nervous systems are intimately connected to the endocrine and immune systems. Neuroendocrine-immune dysfunction can explain a variety of Western diagnoses such as chronic fatigue syndrome, also known as myalgic encephalomyelitis.

The above is an excerpt from True Wellness The Mind: How to Combine the Best of Western and Eastern Medicine for Optimal Health by Catherine Kurosu, MD, LAc and Aihan Kuhn, CMD, OBT, Publication Date July 2019, YMAA Publication Center, ISBN: 978-1-59439-664-9 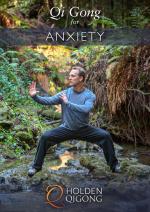