Xingyi, Bagua, Taiji and Liuhebafa | YMAA
Skip to main content
FREE Shipping Order Over $70. (US Only, Conditions apply)    |   Up to 40% Off. Exclusions apply. 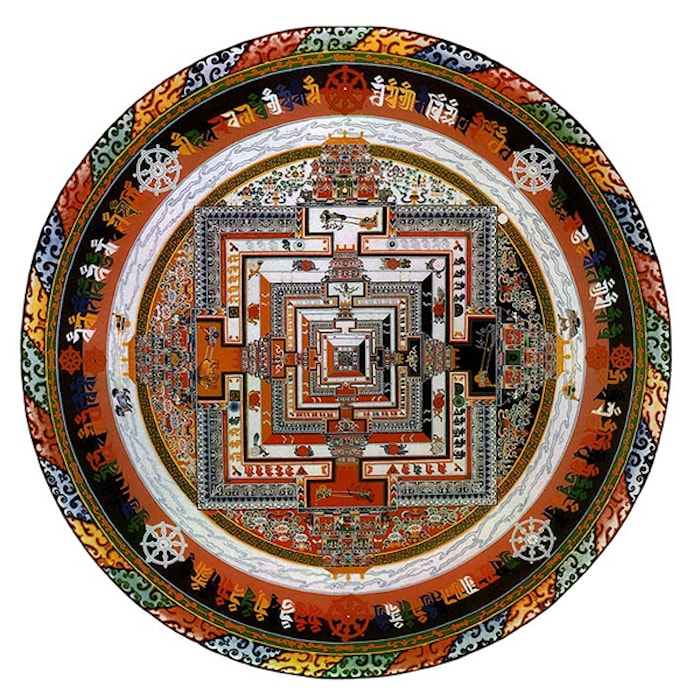 The approach to teaching and studying martial arts in China was based upon a monastic tradition that is characterized as door, hall, and chamber teaching. In times past the monastery, both Daoist and Buddhist, served as schools for medicine, the classics, and martial arts.

The prospective student would come to the door of the temple and request to be taught the martial arts in that particular temple style. They might have to knock at the door many times before they would be allowed into a class that was taught outside the temple walls usually in proximity to the temple door.

If the student showed promise and had the proper demeanor, he would be taken into the training hall for further training beyond the instruction that he was receiving in the “door class.” The hall curriculum expanded on physical conditioning and endurance. Usually the regimen included animal and weapons forms practice as well as much full-contact sparring to hone the fighting abilities of the student. At the higher aspects of the hall training, basic internal energy development training was begun. The ability shown throughout the training was of course weighed but it was the ability of the student to comprehend and succeed in the internal energy work that would be the deciding factor in the move to chamber teaching.

Chamber teaching was for the inner circle of students who would study directly under the master of the temple. It was to this group of advanced students that the master would impart the secrets of the system. This involved a more direct and user-friendly approach to the development of internal energy for fighting application and for the exploration of the esoteric dimensions of the art. The student soon discovered that this is where the true training began. All the other training, door and hall, was necessary and foundational but this is where the art was revealed both outwardly and inwardly.

About one hundred years ago this teaching model began to erode. As the Nationalist government replaced the Qing Dynasty, martial arts began to be available to the masses. The Ching Wu Martial Arts Association wanted to restore the culture and health of the Chinese people; but, as most things that are well-intentioned, the decision to provide a simplified form of Taiji proved to degrade Taiji and the other arts as well. Let’s take a look at the three popular internal methods and how they relate to Liuhebafa.

Xingyi is an excellent bridge from external method to internal method. Of the internal methods Xingyi has the most to do with fighting. As with anything that appears simple it is very difficult to master. It is very quick, direct, aggressive, powerful, explosive, and forceful. The energy exhibited is linear and vertical that is developed from a strong rooting technique. The feeling I get from a Xingyi boxer is that of a freight train running full speed or an avalanche that sweeps away all in its path.

Originally Xingyi was very simple with only five forms or fists: Splitting, Smashing, Drilling, Pounding, and Crossing. The energy was compacted into the bones and muscles by focusing solely on each of the five fists as they were practiced over and over again. Over time other practices such as the Twelve Animals were added. There was also the attempt to overlay the practice with Daoist philosophy but this art has its origins in Buddhist thinking and Shaolin standing practices. This has led to some confusion regarding the basic underlying principles of the system.

The key to Xingyi is to be spontaneous and let the subconscious (yi) respond with the appropriate form (xing). The spontaneity of Xingyi flowed out of the focused practice of the five fists. Auxiliary practice sets and philosophies tend to distract the mind into over thinking which slows the fighter. In combat, if you have to think about what to do, you’ve just lost.

Taiji is the opposite of Xingyi in character. Where Xingyi is aggressive, Taiji is yielding and receptive. Taiji relies on circularity to neutralize and respond to an attack. The softness of Taiji is an illusion; it has often been called an iron bar wrapped in cotton.

This style also was originally very simple. It had only three forms. The intention was to develop the inner energy by keeping one’s attention on a single point. By maintaining a single pointedness practicing the three forms tremendous power could be released on contact while appearing to have no power at all. This early training was then expanded into the thirteen forms that most Taiji enthusiasts are aware of. The forms were then increased to one hundred and fifty or more as well other training sets.

By the 1930’s the art had been watered down by making it available to the masses. There were a few teachers who had trained in the old way and had great ability. They passed their Taiji on to a chosen few students; so, there is still real Taiji being taught, but it is rare. Unfortunately, Taiji, for the most part, has become a health practice.

Bagua is still a premier fighting style. It can be hard or soft, aggressive or yielding. Bagua is movement, all kinds of movement. It can be linear and vertical or circular and horizontal. Blending with the movement of the opponent in harmony with situation and location. In other words, the Bagua practitioner blends with the total experience not just the attacker. This is one reason that it is a great system for dealing with multiple attackers.

Bagua is characterized by its practice of walking the circle. This simple exercise provides the foundation for the different combinations of forms or sets that later develop. The training methods of this style develop an incredible internal power.

As Bagua has spread throughout the world, we see some blending with Taiji, Xingyi, and other styles to detriment of the effectiveness of this art. There are, however, many orthodox teachers still teaching the methods that work.

Liuhebafa was the last of the internal methods to be taught outside China. Even inside China Liuhebafa had an almost mythic quality. Among the groups of inner circle students, Liuhebafa was graduate study in the internal arts. Within a style like Xingyi, for example, there were Inner Circle students. From within that group of students the best were chosen to study Liuhebafa; so it was an inner circle within an inner circle. This means, of course, that very few people studied Liuhebafa; but they were the best of the best. This insured that the art would remain intact because of the quality of student and the secrecy surrounding it. When you studied with one of these teachers, you were studying from someone of a very high level.

Popularity is sometimes a curse. Taiji, Xingyi, and Bagua have become very popular and presented to many people. Sometimes, teachers would be ‘certified’ to teach who would not have the status of a ‘door student’ in older times. Sadly, much of Taiji and some of Xingyi and Bagua has been lost or watered down, as teaching these systems became a business or means of survival.

Liuhebafa is still rarely taught and for this reason it has retained its entire original training methods. Things like a moving or floating root that is basic to our training has been all but lost in the other internal methods. The main difference between Liuhebafa, Taiji, Xingyi, and Bagua is attitude and intent. In Liuhebafa you study, examine, and explore the Law of Cause and Effect (yin/yang) to reach a neutral platform or matrix so that you can objectively work toward establishing yourself in the Original Source and thus move beyond the worlds of matter. This is the point of the system as expressed in the Six Combinations (Liuhe). Our Eight Methods (Bafa) provide the tools to accomplish this.

From our perspective, Taiji, Xingyi, and Bagua seek to manipulate the energy through their understanding of the Law of Cause and Effect rather than truly blend with it. This approach keeps these practitioners cycling back through the same material experiences that the Buddhists describe as walking the Wheel of Awagawan. They tend to follow the first three combinations (body to mind, mind to intent, intent to qi) but are now reluctant to take or are unaware of the next step, which is to blend with Spirit. I believe that the other internal arts were originally oriented to combine with the Great Emptiness, but lost much of this over time, as such training was not suitable for the students that were being attracted to these styles; Xingyi in particular attracted a rather coarse lot to be bodyguards and caravan escorts.

Liuhebafa uses external and internal training to strengthen and fortify the body. It employs Chen Tuan’s Dream Methods and contemplative exteriorization methods to experience those realms and dimensions that exist beyond the physical worlds. Liuhebafa is the next step for many in their training. As the student explores and experiences the methods of Liuhebafa, he understands that Liuhebafa has taken him through the threshold and that there will always be one more step to take.

The above is an excerpt from Liuhebafa: Five Character Secrets by Paul Dillon, Translation from Chinese by Zhuo Bing Yuan, Pinyin Romanization by Dr. Yang, Jwing-Ming. Published 2003 by YMAA Publication Center.

Paul Dillon was born in Montgomery, West Virginia. He attended West Virginia Institute of Technology, majoring in Printing Management. His Chinese studies were at The College of Far Eastern Languages / Yale University. Paul served in the United States Air Force during the Vietnam era. His martial arts training began in 1962, primarily in the Japanese styles. Some of the arts he studied included Judo, Shorin Ryu, Kamishin Ryu Kempo, Shin Mugei Iaido, and Aikido. In the later part of the 1960's he … More »