Moderating Desire—Self-Satisfaction Translated and Interpreted | YMAA
Skip to main content
FREE Shipping Order Over $70. (US Only, Conditions apply)    |   Up to 20% Off. Exclusions apply. 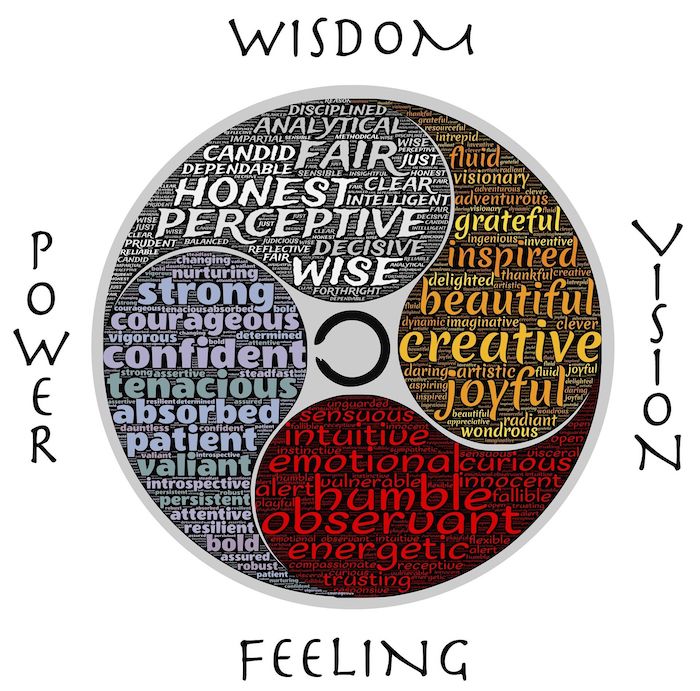 When the world is ruled according to the Dao, then there is peace, calmness, and harmony. Then even the best horses are useless for battle and instead are used for carrying the dirt and manure on the farms. However, if the ruling of the world does not follow the Dao, even pregnant horses have to give birth on the battlefield.

When the world is ruled according to the Dao, then there is peace, calmness, and harmony. Then even the best horses are useless for battle and instead are used for carrying the dirt and manure on the farms. However, if the ruling of the world does not follow the Dao, even pregnant horses have to give birth on the battlefield.

Han, Fei (韓非) said: “Today, those rulers who have followed the Dao will seldom use troops for wars and will prohibit excessive luxury internally. Thus, the rulers do not use horses to fight and chase enemies, and people do not use horses to carry luxurious objects. All of the efforts are engaged in farming. When they engage in farming, they will need to fertilize and water the plants. Thus, Lao Zi said: ‘When the world is in accord with the Dao, fast running horses are used to carry manure.’”

“When the rulers are not following the Dao, they will violently oppress the people internally and invade neighboring countries externally. When oppressing the people with violence internally, the farming will be interrupted. When invading other countries externally, numerous wars will occur. When there are numerous wars, then soldiers will die and troops will be depleted. The animals will be reduced and the horse will be deficient. If soldiers are exhausted, then the troop will be in danger and those high-ranking officers who are close to the ruler will be drafted for the wars. Due to lack of battle horses, even those pregnant horses have to be used for war. Horses are used greatly in war, and ‘on the field’ means near the battlefield. Now, what can be offered for battle are those high-ranking officers who are close to the ruler and pregnant horses. Thus Lao Zi said: ‘When the world isn’t in accord with the Dao, battle horses give birth on the (battle) field.’”

All social disorders like war are caused by human’s greed for power, wealth, lust, and luxurious material enjoyment. Greediness is just like a bottomless hole that cannot be filled. The more you have, the more you want. This is the cause of human’s unhappiness and disasters. Han Fei (韓非) said: “When a person has a desire, then his thinking will be chaotic. When thinking becomes chaotic, the more desire he will have. When there is a desire, the evil mind will take over. When the evil mind is in charge, the rules for conduct will disappear. When the rules for conduct disappear, then disaster will occur.” When you are content, then you are satisfied and appreciate everything you have received. Wang, An-Shi (王安石) said: “All creatures stop taking when they have enough. Contentment exists because there is no mind of (i.e., desire for) contentment.” This is the cause of greediness. Du, Guang-Ting (杜光庭) said: “Greediness and contentment are all originated from the heart (i.e., mind). When the mind is content, then there is always a surplus. If the mind is greedy, then there is always discontentment. Those who are greedy, even if they own a huge country with ten thousand horse carriages, are still greedy and demanding of others. Those who are content, even with a single bamboo bowl and simple crude residence, will not forget their happiness.”

Thus, those sages will not be allured by these external temptations. They are satisfied, content, and appreciative of what they have already had. When you have such an outlook, your mind will be calm and peaceful. Li, Jia-Mou (李嘉謀) said: “Those rulers who follow the Dao are able to transform soldiers into common people and those who do not follow the Dao can transform common people into soldiers. People have desires because of their love to own (things). Those who are not content will take from others. Thus those who wish to have must have what they wish for. From loving to taking and from taking to owning, transgressions become unlimited. We see those who are not content, though having enough. From this, we know that those who know contentment will always be content.”

Humans have created a matrix that is dominated mainly by emotions and desires. In this matrix, we all carry a mask so we are able to survive in this untruthful human society. Thus, since we were born, we learned how to lie, play tricks, and take advantage whenever possible. In this matrix, we have been brainwashed with glory, false dignity, pride, and blind loyalty. Under these influences, we have become the victims or tools of dictators, kings, or emperors, so their dreams can be fulfilled. We have been separating from the Great Nature and isolating ourselves from the natural spirit. We also learn how to deny our genuine feelings and instincts in our subconscious mind we were born with. We are afraid to face and reveal the dark side of us that is hidden in our genetic memory. We have downgraded the pure feeling of benevolence, love, and compassion. Since then, we have carried weapons and killed each other.

Among these emotions we have created, greediness is one of the major causes driving our behaviors. From this greediness, desires are initiated. Once we have the power to realize the desires, selfishly, without concern for other people, we find the way to fulfill it. You should know all achievement in qigong practice heavily depends on your mind since your mind is the general or king who governs your entire body’s qi and functions. If your mind is chaotic and confused, your qi circulation will be imbalanced and your actions will be irrational. From this, you can see how important it is to regulate your mind in qigong practice. Will you be able to face what may be an ugly past and jump out of the human emotional matrix? If you are trapped in your desires, how can you find the true original feelings you were born with?

Therefore, for Buddhists and Daoists, the first task of practicing qigong for their spiritual enlightenment is regulating their emotional mind and desires as well as seeing through material attractions. In order to reach the simplicity and purity of their original spirit, they learn how to repel the seven emotions and six desires (qi qing liu yu, 七情六慾). The seven emotions are happiness (xi, 喜), anger (nu, 怒), sorrow (ai, 哀), joy (le, 樂), love (ai, 愛), hate (hen, 恨), and lust (yu, 慾). The desires are generated from the six roots that are the eyes, ears, nose, tongue, body, and mind (xin, 心). Not only that, they also train themselves so they are able reach the stage of “four emptinesses” (si da jie kong, 四大皆空), the emptiness of earth, water, fire, and wind.

When you are happy and content with what you have instead of being tempted by desires. There is a short story that illustrates this.

A person complained to his friend that he is so poor and unhappy. But his friend looked at him, and said:

Regulating your mind is the first important key of qigong practice. Keep your mind content and appreciate everything you have acquired. If you do, you will minimize your greediness and desires. Then you will be able to gain peace, calmness, and harmony.

The above is an excerpt from The Dao De Jing: A Qigong Interpretation, Lao Tzu, Translation and Commentary by Dr. Yang, Jwing-Ming, Pub Date September 2018 by YMAA Publication Center, ISBN 13: 9781594396199.