Home >> Articles >> Not All Krav Maga is the Same 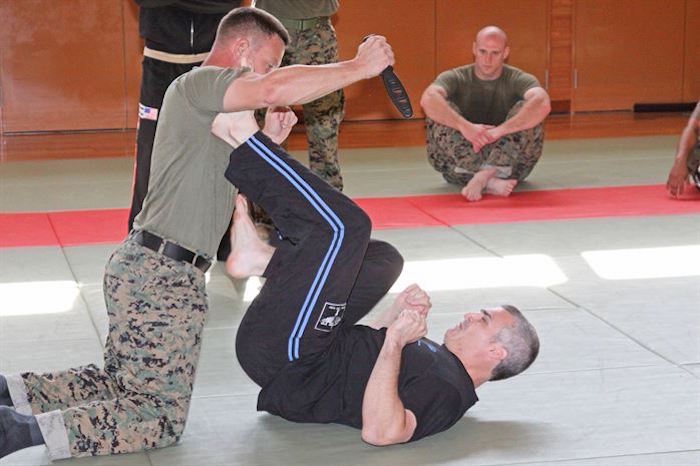 Not All Krav Maga is the Same

I am concerned for the future of krav maga. Imi Lichtenfeld created too formidable a fighting method for it to be relegated to the pile of self-defense and exercise fads. Grandmaster Haim Gidon has spent fifty years enhancing Imi’s teachings and producing several generations of instructors who have both become and helped train some of Israel’s most capable and finest warriors.

The following is to help explain why krav maga has become a bit of a joke within varied professional training circles underscoring the need for the system to be taught correctly to reestablish its once stellar reputation.

With krav maga’s rapid commercialization and the spread of McDojos offering krav maga, the US military and law enforcement communities now, understandably, view krav maga somewhat skeptically. Krav maga is also increasingly disparaged in varying degrees by professional mixed martial arts (MMA) fighters. Fortunately, we are able to work with many of military units and law enforcement agencies as well as serious fighters. We help them improve their skill sets and disabuse their preconceived ideas about krav maga’s inefficacy. However, we are fighting an uphill battle as I will explain.

I am not, to be sure, attempting to grandstand and say splinter krav maga interpretations of Israeli fighting styles are no good. The history of krav maga’s efficacy and its (im)proper dissemination will be the arbiter of what is and is not legitimate krav maga. The tragedy is that some lives will likely be lost along with people sustaining serious injuries because many current charlatan krav maga instructors do not understand what tactics work in real situations. In other words, while many of these dubious instructors may be well intentioned, they don’t grasp that poorly conceived, untested tactics can get you severely injured or killed in short order.

Many people lay claim to being genuine—teaching and making statements that they say are true to the system. And, yet, much of the material being peddled is suspect according to the Israel Krav Maga Association (IKMA) curriculum and often undermines or contradicts Imi’s teaching and philosophies. In short, their teaching practices are questionable. More and more unqualified instructors are creating their own “krav maga” systems. Some of them sell krav maga belt rankings at all levels for anyone willing to pay, including degrees and belts available for purchase on the internet. No wonder krav maga is receiving negative reviews—and deservedly so. As krav maga becomes increasingly popular, we suspect that the Israeli fighting system’s reputation and efficacy will continue to decline internationally.

The IKMA is the original governing body for Israeli krav maga, recognized by the Israeli government and headed by Grandmaster Haim Gidon. In June, 1996, Haim Gidon received his eighth dan (black belt), when krav maga founder Imi Lichtenfeld also declared that ninth and tenth dans (red belt) were to come. The only other instructor to formally receive an eighth dan from Imi was the late Eli Avigzar. Following in Imi’s legendary footsteps, after Imi’s passing in 1998, Haim became the highest-ranking krav maga instructor in the world.

To be sure, all of the top ranked Israeli instructors listed in Imi’s final belt ranking declaration are highly qualified—as is a select cadre of other instructors not listed who were also awarded black belts by Imi. Any ranked instructor taught by these individuals listed in the declaration is likely legitimate. As more people become instructors without formal training from the Imi’s select few top disciples, krav maga’s basic core tactics—let alone its more advanced fighting tactics—continue to be ruined and misinterpreted.

Now, people seem to just make up whatever techniques they wish and call it krav maga. Oftentimes these are complicated and miss the point (and target) altogether. And the public, without benefit of professional insights, generally cannot distinguish the crucial difference. Some recent popular books and videos underscore a significant lack of understanding of what krav maga was originally intended to be. When instructors claim to have a “broader view” of krav maga and yet violate krav maga's fundamental principles, I view this type of explanation and faulty-reasoning as an excuse for what they do not know.

Charles Caleb Colton is often quoted: “Imitation is sincerest of flattery.” People attempt to copy and replicate what Imi and a select few top instructors do. Some try to do it honorably, others less so. The internet provides an unequaled platform to present claims and, one would hope, an equal opportunity to present indisputable facts to support these claims. We have always operated by the adage that the cream will rise to the top. Unfortunately, savvy marketing churns out spoiled cream rather quickly.

We are acutely aware that popular opinion, over time, can become confused for fact. We believe the krav maga community is entitled to informed opinions and hope to disseminate reliable information. Notwithstanding, the simple truism is correct: people do not know what they do not know. Subpar krav maga may be viewed as competent krav maga because people do not know the difference. While there is more latitude in defending against an unarmed attack, sometimes the all-important subtleties that provide for a successful defense, rather than one that fails and possibly gets you killed, are not recognized. Which krav maga approach you follow is a life and death issue.

Good students ask why. Good instructors explain why. Bad instructors, conversely, brush off such vital questions or respond with “because that’s what I learned” as a result of a lack of fundamental knowledge.

The “How” is Vital

Among the many claimants to having the best and most effective krav maga, there are some who assert that krav maga need only provide a skeleton for defensive actions, a set of choices, as it were, that determine what response to use. If a situation calls for a kick, exactly how the kick should be delivered is not so important, and each teacher or practitioner is free to do the kick as he wishes. Or if a punch seems to be the best response to a threat, the exact way to deliver that punch is up for grabs. In other words, beyond calling for the use of feet or fists or elbows or knees, krav maga is represented as eclectic regarding how the response is carried out. I strongly disagree. How you carry out a defense is as important as what defense you choose.

Indeed, there is a correct way to deliver a combative such as a knee, a punch, a palm heel, an elbow, an eye gouge, or a cavalier #1 takedown, along with the best way to bite someone (canting one’s head slightly to make maximum use of one’s incisors). But how should we define “correct”? The correct way is the one that is most likely to stop the threat and keep you safe. Shouldn’t this be the acid test of the validity of a krav maga response to a threat?

Claiming that the details of techniques are secondary to overarching general principles is really a cover up for an instructor’s lack of knowledge when he or she performs a defense incorrectly. Imi Lichtenfeld developed specific movements to optimize the human body’s performance. Haim Gidon further optimized these movements while also enhancing and expanding the krav maga to contend with modern violent threats. There is the correct way (including on occasion, a few options) to execute a Imi’s krav maga defense. And then there is every other way.

Finally, many instructors focus purely on the commercial aspects, namely, adding the tag “krav maga” to their schools to capitalize on an industry buzzword. These schools are more focused on the money coming in than the quality of the material going out. If they were serious about teaching legitimate krav maga, they would do their research. They would engage a reputable krav maga organization. As this takes more time and effort than most care to invest, they take the easy path at the expense of their earnest krav maga students.

The paramount point is this: fighting for your life is not a sport. There is no referee. You cannot replay first down. If you must act when faced with a deadly force situation, your life is on the line, and the lives of your family and companions may also hang in the balance.

Relying on optimized combatives, krav maga’s overarching strategy is to take whatever practical measures are necessary to deliver a defender from harm’s way. When situational avoidance, de-escalation, and escape are not possible, Israeli krav maga uses twelve broad self-defense principles: