Representations of the Mystery—Following the Laws, Translated and Interpreted by Dr. Yang, Jwing-Ming | YMAA
Skip to main content
FREE Shipping Order Over $70. (US Only, Conditions apply)    |   Up to 20% Off. Exclusions apply.

Home >> Articles >> Representations of the Mystery-Following the Laws, Translated and Interpreted 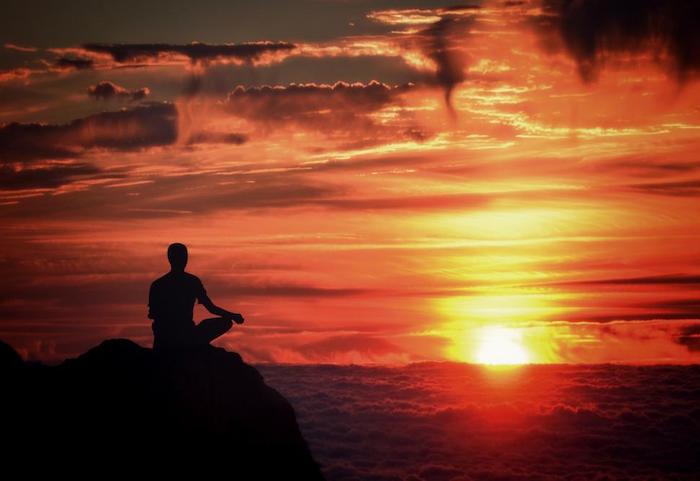 Representations of the Mystery-Following the Laws, Translated and Interpreted

The Great Nature has countless cyclic patterns. Some of the patterns are near us and we can see or even experience them; for example, yearly, monthly, and daily cyclic changes due to the positions of the sun, earth, and the moon. All these changes are near us and immediately influence our body’s energy and activities. All these are considered as the De, the manifestation of the Dao. Then, what is the Dao? Is the Dao the spirit or God of nature? Since we don’t know too much about the Dao, it is still a huge mystery for us.

There is something mysteriously formed before heaven and earth;

so silent and ethereal, independent and changeless,

moving with cycle ceaselessly that can be regarded as the mother of heaven and earth (i.e., the Nature).

If forced to define it, I call it “great.”

There are four greats in this universe,

and humans are one of them.

This describes what the Dao is. Actually, we don’t know what the Dao really is. The Dao is invisible, vast, profound, and mysterious. It existed even before the universe was formed (the De). It is quiet and spiritual, yet independent and changeless. This force or energy creates ceaseless cycles of Nature (the De) so it can be regarded as the mother of Nature.

Since there is no definition for the Dao, it is impossible to name it. If we are forced to name it, we may just call it “Great.” This greatness covers the ceaseless functionings of the universe that are far beyond what we know. When it reaches to its extremity, it will return to the beginning. This is the cyclic function or pattern of the Great Nature. Wang, Dao (王道) said: “(The universe) has its cyclic energy flow without stagnation. This is a ceaseless phenomenon. (The qi) within is full without limitation. This is a phenomenon of extending far. Observe the phenomena near you to see these cycling patterns, and conceal yourself in seclusion for pondering, so to trace back to these roots.” This means that the natural cyclic patterns ceaselessly repeat themselves and the qi existing in this nature is unlimited beyond what we can imagine. The way to see these patterns is to observe these natural patterns near us, such as breathing, on a yearly, monthly, and daily cycling. From observation, if we meditate and ponder quietly, we will be able to find out the roots of this recycling. Xiao, Tian-Shi (肖天石) said: “The universe has its large and small cyclic patterns, to and fro cycling repeatedly and ceaselessly. This is the Dao of Nature.”

“Humans follow the quietness of the earth; thus they can achieve their merit without doing (i.e., efforts). The earth copies the heaven’s wuwei (i.e., doing nothing); thus, without growing, myriad objects arise. The heaven models the nature of the Dao; thus, myriad objects are derived without bearing (i.e., intention of production). The rule of the Dao has its root by itself; it has existed since ancient times, even before nature was present. That’s why there is nothing for the Dao to follow. If there is nothing to follow, then it is just by itself naturally. That’s why it is said: ‘the Dao follows the laws of the Nature.’”

The Great Nature has countless cyclic patterns. Some of the patterns are near us and we can see or even experience them; for example, yearly, monthly, and daily cyclic changes due to the positions of the sun, earth, and the moon. All these changes are near us and immediately influence our body’s energy and activities. All these are considered as the De, the manifestation of the Dao. Then, what is the Dao? Is the Dao the spirit or God of nature? Since we don’t know too much about the Dao, it is still a huge mystery for us.

However, from others' past experience we know that if we meditate correctly, we are able to reconnect our spirits to the natural spirit. But to reach this profound meditative state, we have to minimize our conscious mind (the human matrix) and allow our subconscious mind to grow. Our lives were originated from a single cell. Our spirits were still closely connected with Nature while we were in the embryonic stage. However, after our birth, we began to acquire the usual human dogmas, traditions, and emotional bondage to fit into this society. In this matrix, our spirit gradually parted during our growth and became isolated from the natural spirit. Now, we are separated far from Nature.

We have noted that the subconscious mind resides in the limbic system located at the center of the head. The subconscious mind is more truthful and responsive for profound feeling and intuition. This place is called “Mud Pill Palace” (Ni Wan Gong, 泥丸宮) and is the residence of the spirit (shen, 神). The spirit that resides at the center is called “valley spirit” (gu shen, 谷神) and the space between the two lobes of the brain is called “Spirit Valley” (shen gu, 神谷).

In the past, many qigong practitioners were able to reconnect to the natural spirit through cultivation of the subconscious mind via embryonic breathing. The way to do this is to bring your mind to the innocent, simple, and pure state of an infant. From this, the subconscious mind will gradually grow stronger. In order to do this, you must be truthful to yourself and others. You have to downplay the role of your conscious mind in this society. However, it is hard to survive if you are truthful in this lying society. Thus, many qigong practitioners, such as Buddhist and Daoist monks, lived in seclusion. This was the reason Daoist monks called themselves a “truthful person” (zhen ren, 真人).

The way to find the meaning of life is through meditation and tracing back to the beginning of our lives. From deep meditation, we may reconnect ourselves with the natural spirit. Furthermore, to have a healthy life and live long, we must also follow the Dao. If we continue to live against the Dao, we will never figure out the meaning of the Dao and our lives.

The above is an excerpt from The Dao De Jing: A Qigong Interpretation, Lao Tzu, Translation and Commentary by Dr. Yang, Jwing-Ming, Pub Date September 2018 by YMAA Publication Center, ISBN 13: 9781594396199.