Tai Chi, Metarobics, and Immunity | YMAA
Skip to main content
FREE Shipping Order Over $70. (US Only, Conditions apply)    |   Up to 40% Off. Exclusions apply. 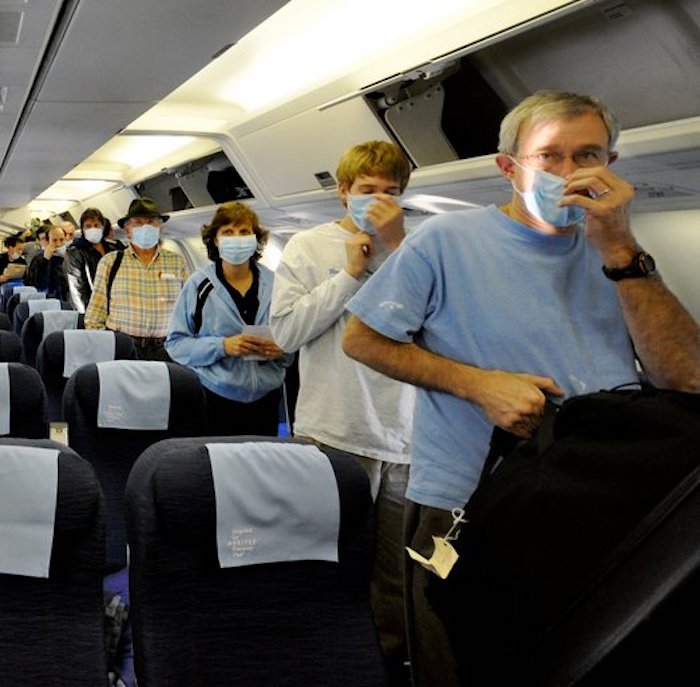 Tai chi practice has been shown to have beneficial effect on T cells. In a study conducted at the Chang Gung Institute of Technology in Taiwan, 12 weeks of tai chi practice resulted in a significant increase in regulatory T Cells. Monocytes (large white blood cells) also decreased significantly. Lower Monocyte counts are an indication of good health, since Monocytes increase in response to infection and chronic inflammation, indicating poor health.

With the growing concern over the coronavirus and immunity in general, I thought it would be worth sharing research from my book “Mindful Exercise: Metarobics, Healing, and the Power of Tai Chi” by YMAA Publications. It used to be that the winter flu was a minor annoyance. But the past few years the flu has become a year-round phenomenon, resulting in a growing number of deaths. Although attributed to two different viruses, just this weekend two high school students in my area died from the flu. Deaths in young adults is unusual. As noted by the Centers for Disease Control (CDC), typically 90 percent of deaths from influenza occur in those 65 years of age or older. And then there are the 80 plus deaths in China in less than a month, since December 31. Fifteen of these deaths were reported in one day, which has already spread to nations across the world, including five cases in the United States as of January 26, 2020.

Being a virus, antibiotics are ineffective. But tai chi and qigong can be an effective way to boost immunity through Metarobic effects. A large underlying reason Metarobic exercises such as tai chi benefits immunity, relates to Hypoxia (oxygen deficiency in the tissues), which can cause an age-related decline in immunity. Hypoxia has a negative effect on T cells, which are important for mucosal defense, immunity and fighting inflammation. T cells are a type of lymphocyte which is critical in the immune response. tai chi, and related breath focused relaxation exercises such as qigong, have had a long-standing reputation for powerful effects for health, which may be in part due to effects on hypoxia.

The reputation for health is well deserved, and can now be better understood through a growing body of scientific research. As noted in my research on Metarobic effects of tai chi and related exercises, which documents significant effects on enhanced blood oxygen saturation, diffusion, and oxygen metabolism, there is strong support that these exercises can have a direct effect on hypoxia. This would explain at least one facet of how and why slow-moving breath focused exercises can benefit immunity from a physiological perspective. And as noted in my book, it also explains why tai chi and related exercises have such a reputation as a powerful health exercise, since hypoxia underlies or complicates a wide range of conditions, from cancer to diabetes.

Tai chi practice has been shown to have beneficial effect on T cells. In a study conducted at the Chang Gung Institute of Technology in Taiwan, 12 weeks of tai chi practice resulted in a significant increase in regulatory T Cells. Monocytes (large white blood cells) also decreased significantly. Lower Monocyte counts are an indication of good health, since Monocytes increase in response to infection and chronic inflammation, indicating poor health. Researchers found that tai chi supports specific benefits for improved mucosal defense and a lower risk of autoimmune and inflammatory disorders. The reasons for this were undetermined, although the researchers suggested that benefits may be due to the overall health benefits of exercise. The theory of Metarobics suggests that beyond the general benefit of exercise, Metarobic based exercises such as tai chi may have specific effects related to enhanced blood oxygen saturation, diffusion, effects on oxygen metabolism, with a resulting reversal of hypoxia.

Another study, conducted at California State University, Los Angeles, investigated the effects of tai chi practice on three groups, to determine effects on varicella zoster (Shingles) virus specific lymphocytes. Participants were divided into three groups; a tai chi group, a second group receiving the shingles vaccine, and a comparison group receiving no intervention. The practice of tai chi resulted in a significant 50 percent increase in T cells. The group receiving the shingles vaccine resulted in a 75 percent increase in T cells. The comparison group resulted in no change. Just practicing tai chi resulted in an increase in virus fighting T cells, potentially as a result of enhanced physiological function resulting from the Metarobic effects of these exercises, as noted above.

A third study, conducted at the University of Illinois at Urbana-Champaign, Urbana, involved an experiment to see what happens when people both practiced tai chi and received the shingles vaccine. This study also compared three groups; one group just practicing tai chi, the second group just receiving the shingles vaccine, and the third group receiving the shingle vaccine and practicing tai chi. At the 6-week post-vaccine measure, in this study the tai chi only group had a 130 percent increase in antibodies (compared to 54 percent in the non tai chi group), and a 109 percent increase at the 20 week follow up (compared to 10 percent in the non tai chi group). The group which received the vaccine and practiced tai chi experienced a 173 percent increase in antibodies. This indicates the importance of vaccination, but also demonstrates the benefit of tai chi for enhancing overall immunity.

The researchers noted that tai chi may be particularly valuable for those diseases for which there is no vaccine. This might be an important point for current concerns for the coronavirus. In my own practice, when I began focusing on elements related to pace, frame, overall relaxation and dosage, to maximize Metarobic effects, my own immunity seemed to be enhanced to the point that I have not had a cold or flu in over eight years. Among other benefits, enhanced cellular function, as a result of focusing on Metarobic aspects, also reversed the peripheral neuropathy I had developed, attributed to celiac disease.

Tai chi and qigong are not as easy as taking a pill. It requires practice and discipline. And having an understanding of physiological effects can help one to maximize benefits. But for those conditions for which there is no medical cure, for millions across the world, these exercises have reversed or at least improved a surprisingly wide variety of conditions. Although perhaps with a Metarobic understanding of effects on hypoxia and cellular function, perhaps not quite so surprising after all. Time and research will tell.

For more information on research in this area, teaching/practice tips to maximize Metarobic effects, and over 50 case stories, please see my book "Mindful Exercise: Metarobics, Healing, and the Power of Tai Chi.”

Case Story from Mindful Exercise: Metarobics, Healing, and the Power of Tai Chi.

"I had a heart attack, followed by 4 years of flu, bronchitis, & pneumonia. Then I had a second heart attack. I then started tai chi. For the last two years I have not had the cold, flu, pneumonia, or bronchitis, and less angina. I am convinced that my health will continue to improve as I practice tai chi.” – Bruce.