Metarobics for Immunity | YMAA
Skip to main content
FREE Shipping Order Over $70. (US Only, Conditions apply)    |   Up to 20% Off. Exclusions apply. 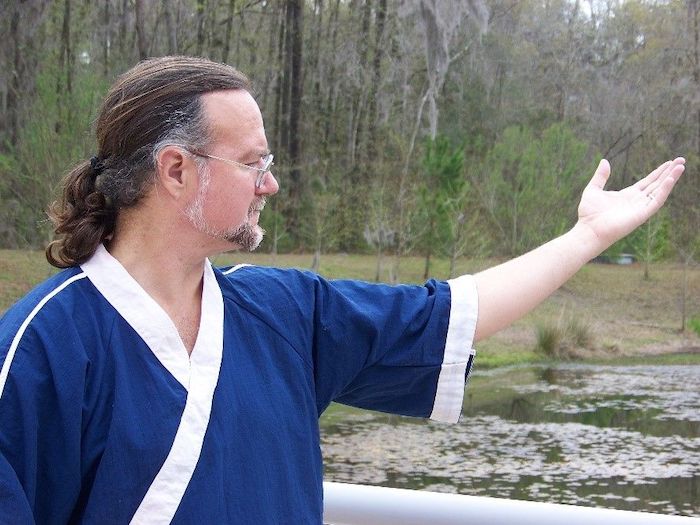 The Metarobic response resulting from exercises such as tai chi and various forms of qigong has been shown to have a direct effect on the immune system beyond what is experienced with conventional exercise. Influenza (the flu) is the eighth leading cause of death in the United States. Influenza results in deaths primarily among older adults due to a compromised immune system. According to the Centers for Disease Control (CDC), 90 percent of deaths from influenza occur in those sixty-five years of age or older.

As people age, the thymus, located in front of the heart, shrinks and can become nonfunctional in their sixties or seventies. The thymus is a gland that, aside from producing various hormones, also plays a vital role in the development of T lymphocytes (or T cells). T cells are a type of white blood cell that protects the body from bacteria and viruses.

“Paul, a student at Fullerton College, was very dedicated to the practice of tai chi. Realizing the benefits of tai chi and the Eight Treasures, he religiously performed these exercises daily. Ten years after he began practicing them, he stated that since he began practicing tai chi, he has never been sick, even when in continual contact with those who had whatever cold or flu was going around. He did mention that on days when he had been overly busy and missed doing the exercises for a few days when around friends or family who were sick, he would feel the beginnings of a cold coming on. This would prompt Paul back to daily practice—and the cold would disappear. This happened often enough that he realized that there did indeed seem to be something behind the rumored benefits of tai chi and qigong for enhanced immunity. Paul finally came to the point that even when he retired at a late hour (even 2:00 or 3:00 at night), he would do at least some tai chi or qigong. Even when exhausted, he could feel energy returning. He also found that tai chi helped him fall asleep faster. Paul stated that it was almost as if his mind began entering a sleep-like state during his tai chi practice.”

Hypoxia, when the body is deprived of adequate oxygen supply, has been identified as one possible cause for age-related decline in the immune system. Researchers believe that the immune system can be manipulated with drugs to influence oxygen and assist those with poor immune systems, or possibly in some circumstances help with autoimmune diseases and conditions. Since tai chi enhances blood oxygen saturation and diffusion, Metarobic exercises, such as tai chi or qigong, may have a similar effect without the need to resort to medications, which can have dangerous side effects. It is important, however, to keep in mind that you should never change your medications without consulting with your doctor.

Studies on the effects of tai chi practice on immunity provide support for this. A study done by researchers at the University of Illinois noted that high-intensity exercises such as high-impact aerobics can result in short-term immune suppression despite long-term benefits for cardiovascular health. The study showed that in comparison, tai chi practice enhanced immunity with short- and long-term beneficial effects.

Dr. Jennifer Robbins, with the Department of Internal Medicine at the University of Cincinnati, cites numerous studies that demonstrate that hypoxia has a negative effect on proliferation and release of T cells. T cells are important for mucosal defense, for immunity, and for fighting inflammation. Dr. Robbins notes that hypoxic areas have been measured in lymph nodes, areas of inflammation, wounds, solid tumors, and bone fractures, as well as in joints with rheumatoid arthritis. The author and her colleagues state that hypoxia inhibits channels in T cells that are required for normal lymphocyte activation.

Tai chi practice has been shown to have beneficial effects on T cells.  In a study on the effects of twelve weeks of tai chi practice, the number of regulatory T cells had significantly increased. Monocytes (large white blood cells) also decreased significantly. Lower monocyte counts are an indication of good health, since the number of monocytes increases in response to infection and chronic inflammation, indicating poor health.

Overall, the research on tai chi supports specific benefits for improved mucosal defense and a lower risk of autoimmune and inflammatory disorders. The reasons for this have not been undetermined, although researchers have suggested that the benefits may be due to the overall health benefits of exercise. The theory of Metarobics suggests that beyond the general benefits of exercise, Metarobic-based exercises such as tai chi may have specific effects related to enhanced blood oxygen saturation and diffusion, effects on oxygen-based metabolism, and reversal of hypoxia.

It is worth noting that vigorous exercise for ninety minutes or more can result in adverse changes to the immune system, whereas there have been mixed reports as to the benefits of moderate aerobic exercise on antibody production. This may be a result of the body’s oxygen supply being commanded by the large muscle groups during aerobic exercise, and a resulting oxygen deficit during prolonged exercise in the other organs of the body. This is often experienced as stomach cramps when exercising after eating, as muscle demand prioritizes blood supply.

One last area to consider related to the practice of qigong (breathing exercises) and Metarobic effects relates to an exercise called the marrow washing exercise. Bone marrow is responsible for stem cells, which can develop into the red blood cells that carry life-giving oxygen throughout the body. Scientists are coming to realize that the bone marrow may play a large role in the body’s healing abilities. Scientists at King’s College in London have been investigating the powerful effect on healing of a protein called HMGB1, which is secreted in the body by immune cells. Researchers used this protein as a catalyst to activate stem cells in the bone marrow.

Dr. John McGrath, one of the researchers, noted that HMGB1 acts as a catalyst, awakening stem cells lying dormant in the body’s bone marrow, and may have a dramatic impact on treating everything from rare genetic illnesses to burns and ulcers. Tai chi and other Metarobic exercises may activate HMGB1 and other healing proteins, supporting the “marrow-washing” reputation of these exercises.

A compromised immune system can leave one vulnerable to autoimmune diseases, illness, and infection, as well as putting one at an increased risk for cancer. Based on the wide diversity of conditions that exercises such as tai chi and forms of qigong have been documented to benefit, it may be possible that these exercises boost every system of the body, including the immune system.

The above is an excerpt from Mindful Exercise: Metarobics, Healing and the Power of Tai Chi, by Peter Anthony Gryffin, PhD, Pub Date August 2018, by YMAA Publication Center, ISBN: 978-1-59439-617-5