Tai Chi—A Tradition of Immunity and Health - Part 1 | YMAA
Skip to main content
FREE Shipping Order Over $70. (US Only, Conditions apply)    |   Up to 20% Off. Exclusions apply. 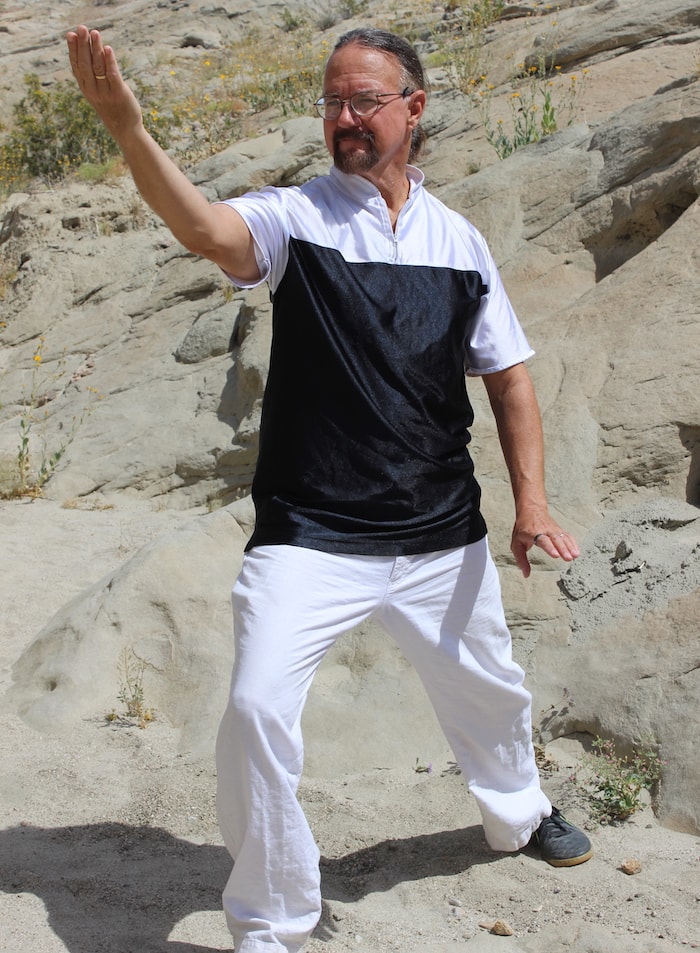 The question many may be asking is if tai chi may protect you from the coronavirus or other conditions. More research would be needed to determine this, and it is important for legal reasons to avoid making any claims that tai chi is a cure for any condition. But the preliminary research related to benefits for immunity and other conditions at least offers hope for enhanced health. And hope in many ways has been considered by many to be one of the best medicines. As noted by Orison Swett Marden, author and founder of Success Magazine, “There is no medicine like hope, no incentive so great, and no tonic so powerful as expectation of something tomorrow.” Here is hoping for a better tomorrow through tai chi.

Editor’s Note:  This article is being posted to celebrate “World Tai Chi & Qigong Day” and “Boost Your Immunity Month in May.” For more research information on the benefits of tai chi, qigong, teaching/practice tips to maximize metarobic effects and over 50 case stories, refer to the author’s book Mindful Exercise: Metarobics, Healing, and the Power of Tai Chi.

Interest is growing more than ever before in the reputed health benefits of tai chi. Teachers across the globe are adapting to providing online classes, in the face of social distancing being promoted to combat the spread of the novel coronavirus, Covid-19. And a growing body of research supports many of these reputed benefits. Aside from a growing body of research, this reputation is based on many who have used these exercises to turn their health around—many at death’s door.

Following are a few of the more notable accounts, from the more famous teachers of the last century, as well as from more recent incidences which are particularly pertinent to current concerns. Also important and motivating, is the research which supports various claims for health, and indications of the potential mechanisms involved which may maximize benefits. But as noted below, with all of the enthusiasm practitioners of tai chi can have for promoting the benefits of tai chi, it is also important to differentiate between hope, preliminary evidence, and statistical significance.

Observations and supporting research indicating possible physiological mechanisms of action underlying benefits, which may be unique to tai chi and similar exercises, is documented in my book Mindful Exercise: Metarobics, Healing, and the Power of Tai Chi. A range of scientific studies and supporting case stories provide hope and a direction for further investigations, research which in time may benefit a surprisingly wide range of conditions. Related to current concerns, I will provide a brief overview of key elements related to immunity at the end of this article. But the human element can sometimes be even more insightful and motivating (keeping in mind your doctor’s advice). It is interesting to note how many well-known tai chi instructors started tai chi due to an illness or condition, sometimes life-threatening.

Facing death can be a great motivator to take up the practice and mastery of tai chi. Jou Tsung Hwa is one of these. A well-known teacher of tai chi, he was originally an accomplished professor of mathematics in Taiwan. But he became addicted to smoking and gambling. At the age of 47, he was diagnosed with an enlarged heart and prolapsed stomach. The doctor’s prognosis was not good. Then tai chi entered his life. A friend convinced him to give tai chi a try, and within two weeks he began to feel better. Three years later tests showed his stomach had healed and his heart had returned to normal size. At age 81, while still in good health, he died from his car being hit by an oncoming van.
More pertinent to the potential benefits of tai chi and related exercise for immunity, is the story tai chi master Cheng Man Ching. In his late twenty’s Cheng Man Ching contracted third degree tuberculosis and began coughing up blood. His doctors did not expect him to live beyond six months. He had heard of the healing reputation of tai chi, and began practicing diligently. He recovered his health and went on to become one of the most well-known tai chi teachers of the 20th century. Tuberculosis is caused by a bacterial infection as opposed to a virus, but the body still reacts with a similar immune response.

Another well-known teacher from the last century is tai chi master T.T. Liang. He reversed what was essentially a death sentence through his practice of tai chi. He was given two months to live when he was hospitalized with pneumonia, liver infections, and severe gonorrhea. Not wanting to die, T.T. Liang immediately began learning tai chi. Within six months he had recovered most of his health. He realized that his wealth and position resulted in a lifestyle which negatively affected his health. So he resigned from his position as a high ranking customs officer. Reforming his ways, he became a teacher of tai chi. After moving to the United States, T.T. Liang became one of the most famous masters of the last century. He went on to live another 57 years, passing away at the age of 102 years old, which he attributed to his tai chi practice. He remained vibrant and healthy throughout the second half of his century long life.

More recent experiences can be found in blogs and accounts from people who have used the practice of tai chi to combat a serious illness. One such person is Wendy Mackay. She suffered for 30 years from progressively poor health as a result of the hepatitis C virus, before finally being diagnosed. She experienced fatigue, muscle aches, and chronic pain. Chronic fatigue and liver damage made any kind of exercise difficult. Even mild walking with the use of a cane was impossible. She just got worse. Then she was encouraged to try tai chi. With the help of friends and the instructor, she was able to do just a little of each class. Wendy states that she was not expecting anything, and could not understand how tai chi might benefit health. But slowly she regained her strength, stamina and balance. She stated that three years later her symptoms were no longer as severe or frequent. The more she practices, the more she says she is able to do. Wendy stated that tai chi also helped her with the “brain fog” associated with liver disease. She attributes the benefits of tai chi to the meditative, calming aspects, which she says helps her mind, body and spirit to find a healthy and happier balance. She feels that this may help the systems of the body to function better, and improve quality of life.

Another person who feels that tai chi made a large difference in their health in relation to infectious diseases is Dr. Bruce Young. He became a senior teacher in tai chi as a result of his experience with illness and tai chi. He states that he had a heart attack which was followed by four years of flu, bronchitis and pneumonia. He then had a second heart attack. It was after this incidence that he started tai chi, and for the past two years he states that he has not had a cold, flu, pneumonia, or bronchitis, and less occurrence of angina. Research noted below does support some interesting and unique physiological effects from tai chi, which may benefit health at many levels, including immunity. When I am consistent in my own practice I have been able to avoid the flu on an ongoing basis, to where I cannot remember the last time I had a cold or flu.

Studies indicate one potential reason for benefits for immunity may be related to potential effects on hypoxic, or oxygen deficient areas in the body. Hypoxia complicates or underlies a wide range of conditions, including cancer, arthritis, diabetes and more. Hypoxia also affects “T” lymphocytes, which play an important role in immunity. Preliminary research documented in my book suggests that tai chi, and related exercises, may enhance blood oxygen saturation, diffusion, and oxygen metabolism in a way which counters hypoxia, and enhances healthy function of the body and immune system. Research indicates a potentially unique effect on oxygen metabolism which may result from slower paced or stationary breath-focused exercises. Based on potential unique effects on oxygen metabolism, I coined the word “metarobic,” as distinct from aerobic and anaerobic effects. This opens up an exciting new area of research which may shed further light on the health benefits of tai chi and related exercises.

Related to immunity, studies noted in my book reported significant effects on “T” lymphocytes resulting from tai chi practice. One study, led by Dr. Michael Irwin with the Cousins Center for Psychoneuroimmunology at the University of California at Los Angeles, compared just tai chi, tai chi and receiving the shingles vaccine, and a third group who just received the vaccine.  This study showed a comparable benefit between the tai chi and the vaccine group, and an additive effect when the vaccine was given to a tai chi group. The researchers observed with caution that tai chi may be particularly valuable for those diseases for which there is no vaccine, such as HIV (human immunodeficiency virus) and avian influenza. Research would be needed to verify potential benefits, and if these benefits would apply to the novel coronavirus currently affecting society.

The question many may be asking is if tai chi may protect you from the coronavirus or other conditions. More research would be needed to determine this, and it is important for legal reasons to avoid making any claims that tai chi is a cure for any condition. But the preliminary research related to benefits for immunity and other conditions at least offers hope for enhanced health. And hope in many ways has been considered by many to be one of the best medicines. As noted by Orison Swett Marden, author and founder of Success Magazine, “There is no medicine like hope, no incentive so great, and no tonic so powerful as expectation of something tomorrow.” Here is hoping for a better tomorrow through tai chi.