The Basics of Predatory Behavior | YMAA
Skip to main content
FREE Shipping Order Over $70. (US Only, Conditions apply)    |   Up to 20% Off. Exclusions apply. 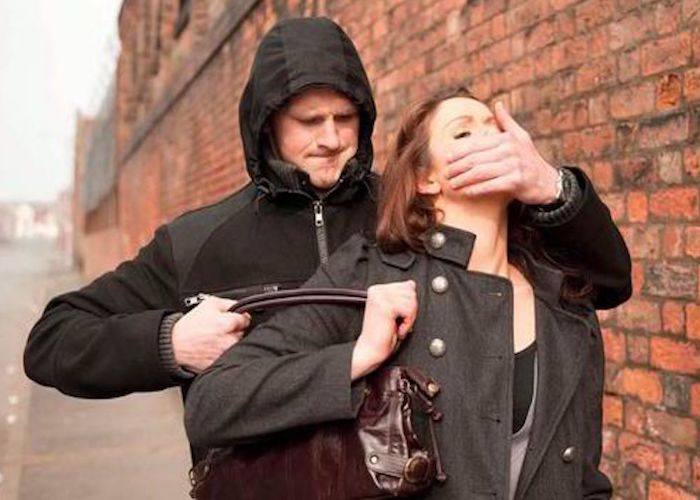 The Basics of Predatory Behavior

To better understand predatory behaviors, let’s start by breaking down and categorizing the different types of predators and their basic motivations. In his book, Facing Violence: Preparing for the Unexpected, Sgt. Rory Miller breaks down predators into two groups: resource predators and process predators. A resource predator is looking for tangible items, be it cash, jewelry, or even your shoes. They’ve decided they need something and they’re going to take it from you. Predators in this category include your basic mugger, pickpocket, or burglar.

The Federal Air Marshal Service started out small back in 1961 with only a handful of agents. Back in those days, hijackings were fairly common. Between 1968 and 1972, there were 130 hijackings on American air carriers alone. The hijackers were typically driven by personal gain or just looking for safe passage to places they weren’t supposed to go. They would demand that a flight take them to a place like Cuba and then ask for hundreds of thousands of dollars in ransom money before they would release the passengers. For years, airlines mostly gave in to these demands because they felt customers would find enhanced security at the airport more of an inconvenience than the possibility of a hijacking. Things changed significantly after four commercial aircraft were taken over by Al-Qaeda terrorists and used as steerable weapons of mass destruction on September 11, 2001. Now air marshals number in the thousands and serve on both domestic and international flights to detect, deter, and defeat acts of terrorism within the aviation domain.

As an agency, we thought we had a pretty good grasp of what the threat was, but in fact, we had become complacent. As we sat back waiting for the next cookie-cutter, standard-issue hijacking, the enemy was moving right under our noses, surveying targets and conducting dry runs for an attack we had never imagined. The signs were all there, but we missed them because we failed to give up on our old points of view.

Real situational awareness requires a shift in perspective. It's not enough to just walk around in a state of hypervigilance, thinking that nothing within your line of sight will go unnoticed. You have to be able to see yourself and others from the perspective of a predator. This isn't easy for a lot of people. For the most part, we all want to see the best in others, and the fact that someone else could possibly view us as a target of opportunity is hard to imagine. The unfortunate truth is that there are predators among us, and unless we can change the way we think, we may look like easy prey without even knowing it.

To better understand predatory behaviors, let’s start by breaking down and categorizing the different types of predators and their basic motivations. In his book, Facing Violence: Preparing for the Unexpected, Sgt. Rory Miller breaks down predators into two groups: resource predators and process predators. A resource predator is looking for tangible items, be it cash, jewelry, or even your shoes. They’ve decided they need something and they’re going to take it from you. Predators in this category include your basic mugger, pickpocket, or burglar. In some cases, if a resource predator confronts you and you just give them the thing they want, they go away.

Process predators, on the other hand, are much different. Process predators aren’t interested in your watch or wallet; they get off on the act of violence itself. This category of predator includes the likes of rapists and murderers.

Motivations of the two categories of predators can vary, but violent behavior is primarily driven by one of four things: money, ego, territory, and emotion. Let's take a closer look at each.

Regardless of the motivating factors behind crime, the end result is always the same for the victim. The shock, emotional trauma, and physical damage suffered during an act of violence can resonate with victims for years. For this reason, it's crucial that you have a good idea as to why you may be targeted. The good news is that predators tend to stick to a specific set of conditions when selecting their targets. Knowing how they think and what they look for in a victim will be your first big step in achieving real situational awareness and go a long way in helping you to more accurately identify and correct your own vulnerabilities.

Just as criminals can be broken into two categories, criminals and terrorists alike tend to divide their victims into two groups: hard targets and soft targets. This concept applies to both people and places. A place can be considered a hard target when there are obvious countermeasures in place that would deter a possible attack, such as fences, cameras, and barriers that discourage unwanted entry. People can be considered hard targets when they appear aware of their surroundings, carry themselves with confidence, and look like they could handle themselves in a fight. Much like a bank, they are displaying visible defenses against an attack.

On the other hand, places that are considered soft targets have no visible signs of security. There are no locks, cameras, or fences, and admittance is open and accessible to everyone. Similarly, people are soft targets when they display none of the outward signs of awareness or preparation. They look easy to approach and ill-prepared to defend themselves. Predators prefer soft targets because they pose the least amount of danger. They carefully measure risk versus reward and will almost always take the easier path. This process of elimination and target selection can be completed in as little as seven seconds. In that short period, a predator can accurately determine the following:

These four factors, Perception, Risk, Observable Value, and Defenses, are what I refer to as the PROD. It's essential that you become familiar with them because when it comes to a violent encounter, they answer the question, “Why me?”