Vietnamese Martial Arts and Their Role in the Modern World | YMAA
Skip to main content
FREE Shipping Order Over $70. (US Only, Conditions apply)    |   Up to 20% Off. Exclusions apply. 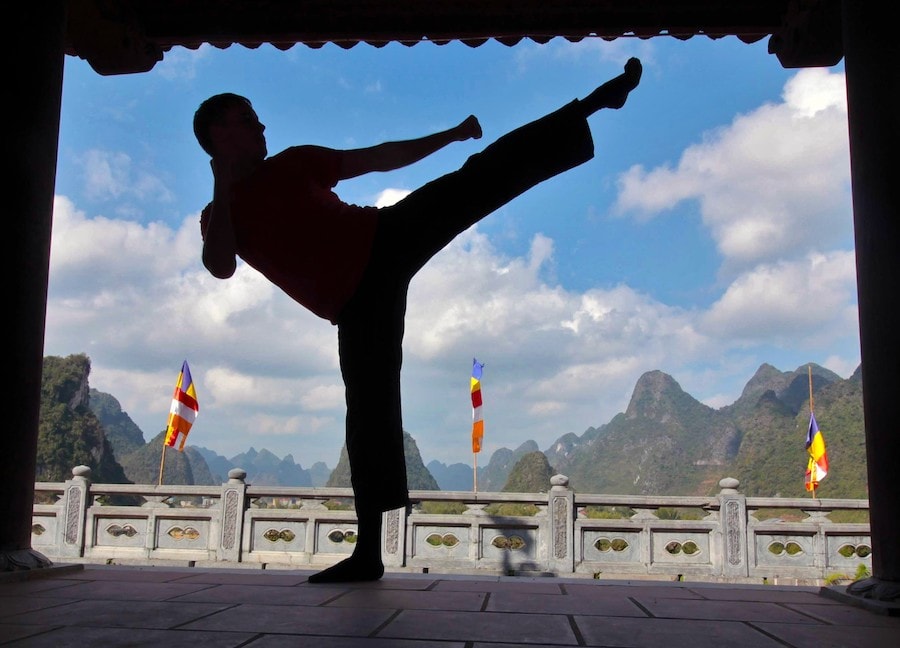 Vietnamese Martial Arts and Their Role in the Modern World

The land we now know as Vietnam has been defined by centuries of conflict. Within the modern-day borders of the country, countless battles for dominance, resources and survival have taken place, thus ensuring the development of many unique fighting styles. Although there has been a long and intertwined history between China and Vietnam (the name Vietnam even stems from the Chinese "Nan Yue" which means "Southern Dwellers",) various geographical, cultural and physical differences have all coalesced to create combat systems that are distinctly different from their northern counterparts.

I feel the wind on my face as a punch snaps to a halt just millimeters from my jaw. At more than seventy years of age, I know the master before me has survived incredible hardships, he has fought wars and called upon skills in combat, something I could hardly even imagine doing myself. The next moment his heel smacks into my stomach with just enough force to let me know it was a clean hit and I stumble backwards across the orange dust of the temple courtyard. I look around and take a moment to breathe in the awesome setting, the towering limestone mountains to the west, the faded red tiles of the curved temple roof that have been scorched by centuries of tropical sun, the speed and spirit of the old master in front of me and the warm smile spread across his face. I think to myself, "This is Vietnamese Kung Fu".

In the following article, martial artist and author Augustus John Roe, who has spent more than a decade training on the ground in Vietnam, pulls back the curtains to examine the key features of the nation's martial arts and the role they play in the modern world.

The land we now know as Vietnam has been defined by centuries of conflict. Within the modern-day borders of the country, countless battles for dominance, resources and survival have taken place, thus ensuring the development of many unique fighting styles.
Although there has been a long and intertwined history between China and Vietnam (the name Vietnam even stems from the Chinese "Nan Yue" which means "Southern Dwellers",) various geographical, cultural and physical differences have all coalesced to create combat systems that are distinctly different from their northern counterparts.

Vietnamese martial arts may appear at first glance, aesthetically similar to some Chinese styles. Both nations' fighting systems feature punching, kicking, grapples, throws and weapons, however, Vietnamese martial arts also incorporate influences from various other Southeast Asian cultures that have all been present in the region throughout history. Examples of these include:

Due to the rugged and wild terrain of the country, Vietnamese martial arts are extremely dynamic. High-flying kicks and low stances, strikes and takedowns are regularly incorporated alongside each other, while evasive and non-linear movements have developed that allow practitioners to fight within thick forests and mountainous terrain.

Vietnamese martial arts include systems of wrestling, striking and various weapon-based styles. Folk wrestling has existed in the nation for more than a thousand years, with one legendary wrestler even rising through the ranks of the military to become Emperor. Although modern Vietnamese Folk Wrestling is primarily practiced as a festival event, there are entire "wrestling villages" where fighters train from childhood well into old age. Many aspects of grappling also appear in other Vietnamese systems, such as Vovinam (the best-known style of Vietnamese martial arts) and Võ Cổ Truyền (an umbrella term for amalgamated traditional styles, similar to Chinese Wushu).

Striking makes up a core part of many Vietnamese martial arts and traditional systems often consider striking with speed and accuracy as their defining characteristics. While orthodox punching and kicking is commonplace, numerous techniques aiming at weak points such as the throat, eyes and groin are practised to be delivered with brutal speed and efficiency.

As a country so recently enveloped in conflict, weapons are also a crucial part of Vietnamese martial arts. They can be found in almost every system and include everything from guns, swords and spears to machetes and short blades such as the Karambit, while even unorthodox and improvised weapons are practiced such as chairs and umbrellas!

In a country with so much recent history of warfare, the Vietnamese martial arts have had very little time to "stagnate" as it may be considered that some other styles have done. For much of the nation, the experience of war is still alive in people's memories and many of the older masters have seen combat first-hand, meaning their systems have been tried and tested. As a result, function and simplicity are often considered to be core principles. 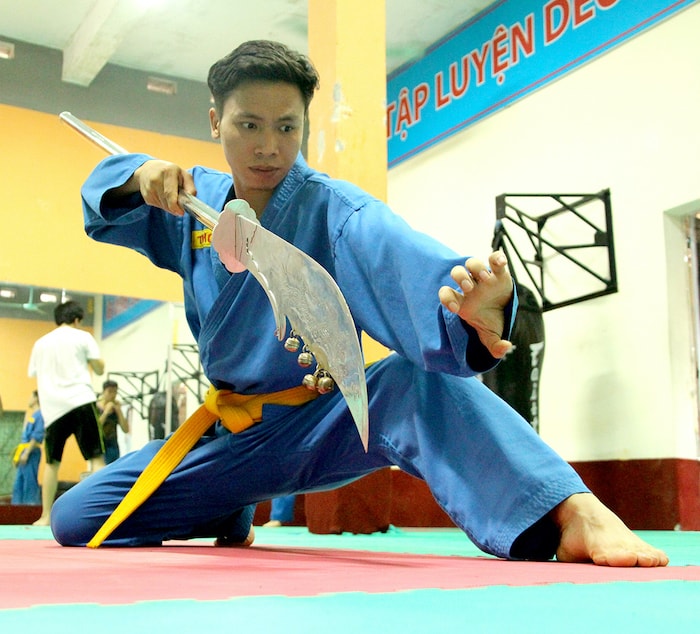 The area known as Vietnam has had a long history of trade and exchange with the outside world. However, recent years of closed borders and prohibition under various ruling factions may be to blame for such limited knowledge of Vietnamese martial arts traveling beyond its perimeters.

Within the early twentieth century, the Vietnamese martial arts were extremely well-established, having been through centuries of prior development as military, religious, spiritual and cultural practices. These systems were then exposed further to the wider world in the following years of conflict between the Communists, Christians, French, Thai, Chinese, Americans and others.

During the Second Indochina war (more commonly known in the West as the Vietnam-American War), a mixture of Vietnamese, Korean, Japanese and Western combat systems were implemented within military training programs. As a result of the thick forests and jungles, hand-to-hand combat was widely used by the Northern and Southern Vietnamese as well as foreign combatants.

While Vietnamese martial arts systems have existed for millennia, only from the period of economic reforms in the 1980s have they been easily accessible to the outside world. In recent years, the Vietnamese martial arts have rapidly become recognized across the globe for their practicality, sporting merit and cultural value, as well as being a key feature of the Vietnamese national identity and sources of national pride. The perceived "warrior spirit" of the Vietnamese people is displayed proudly in the annals of Vietnamese history. Modern texts are littered with tales of martial arts heroes, martyrs and rebels taking up arms against their enemies and it is safe to say that the people of Vietnam are both fiercely patriotic and proud of their martial history.

Beginning this century, Vietnam has entered a time of economic prosperity and more people than ever before have had the time and resources to train in martial arts for enjoyment rather than necessity. Although the Vietnamese martial arts may not be as prominently displayed as those of nations such as Thailand or Japan, there are millions of practitioners across the globe who train for a combination of self-defence, fitness, cultural and religious reasons.

Only really in the last decade have we seen many Vietnamese fighters gain recognition in international combat sport competitions, with recent successes in the "ONE Fighting Championship" and the "Asian Muay Thai Championship." This may be due to the fact that for many years combat sports were prohibited as public events in Vietnam due to associations with criminal activity such as gambling, as well as the insular nature of the nation itself.

The above is an original article by Augustus John Roe who is a Master of the Bửu Sơn Phật Môn Quyền Lineage of Traditional Vietnamese Martial Arts . He has ranked and fought in numerous other styles and continues his training on the ground in Vietnam.  He is an author of both fiction and non-fiction and his book The Martial Arts of Vietnam— An Overview of History and Styles is available in September 2020 from YMAA publishers, ISBN: 9781594397974.

The above is an original article by Augustus John Roe.  His latest YMAA book, The Martial Arts of Vietnam—An Overview of History and Styles will be available September, 2020, ISBN: 9781594397974.