Know the Land, Know the Martial Arts History of Vietnam | YMAA
Skip to main content
FREE Shipping Order Over $70. (US Only, Conditions apply)    |   Up to 20% Off. Exclusions apply. 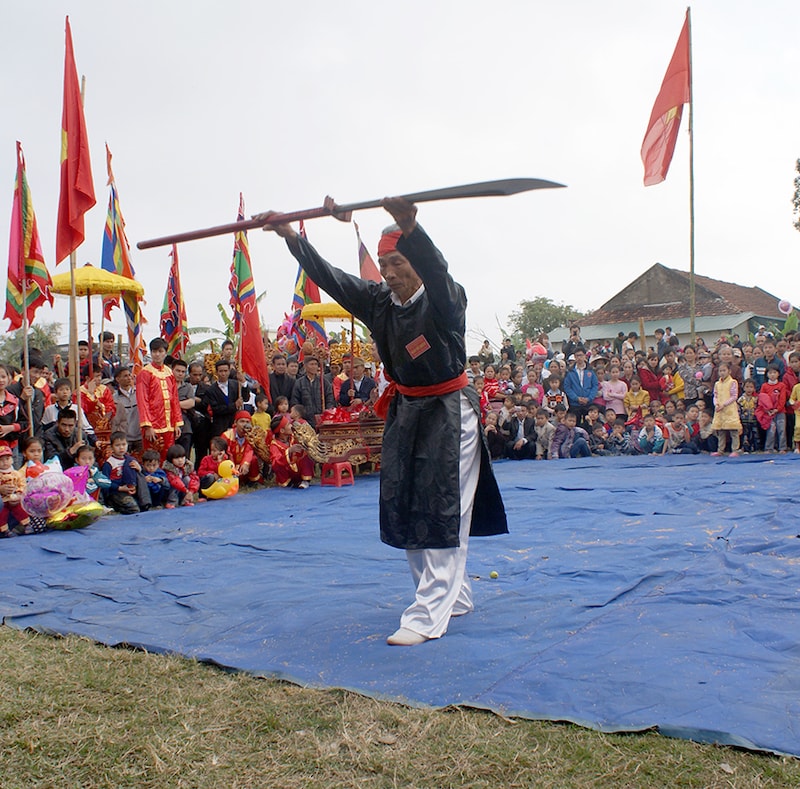 Know the Land, Know the Martial Arts History of Vietnam

Vietnam has a land mass close to 332,000 square kilometers, it borders China to the north, mainland Southeast Asia to the west and has hundreds of kilometers of coastline. As a result, the region has long been seen as a strategically and economically valuable resource. The modern incarnation of Vietnam was first amalgamated by military expansion southwards throughout the seventeenth century, giving the country its distinct "S" shape. Meanwhile, the northern borders have had very little modification since the withdrawal of the Song Dynasty in 1070.

Upon first arriving in Vietnam more than a decade ago, I was astounded by both the range of martial arts on display and the pride the Vietnamese people took in their practices. In contrast, it was a shock to learn that the martial arts of a nation with such a rich culture of combat were so little known to the outside world. My book, The Martial Arts of Vietnam, emerges out of my ruminations and my attempt to share these traditions and knowledge that I have accumulated with audiences beyond Vietnam.

The Land and Martial Arts

Vietnam has a land mass close to 332,000 square kilometers, it borders China to the north, mainland Southeast Asia to the west and has hundreds of kilometers of coastline. As a result, the region has long been seen as a strategically and economically valuable resource. The modern incarnation of Vietnam was first amalgamated by military expansion southwards throughout the seventeenth century, giving the country its distinct "S" shape. Meanwhile, the northern borders have had very little modification since the withdrawal of the Song Dynasty in 1070.

Vietnam has a total of fifty-four ethnic groups. Although many of them have played important roles in the development of the region's martial arts, those who consider themselves to be ethnically Vietnamese (referred to as the Việt or Viet-Kinh) have undeniably had the most impact on modern practices. The Viet have inhabited the Red River Delta region for centuries and while the Chinese empire to the north has had a profound influence upon the local culture and its martial practices, a gradual southwards expansion of the Viet into unknown lands further "transformed this country into a mosaic of peoples, languages, and cultures."

Within this diverse and often dangerous region, countless struggles for dominance, land and survival took place. This in turn led to the development of an array of unique martial arts practices that have been shaped not just by the people and their cultures, but also by the very landscape itself.

Geographical factors have had huge impacts on the development of Vietnamese martial arts. Aspects such as climate and agricultural accessibility shaped numerous military campaigns, while more specific examples of geographical influences can be observed within martial practices themselves. For instance, certain methods of high stepping appear in some arts that may be more suited to mountainous terrains, while styles of gripping and locking that are adapted for extremely humid climates appear in others.

In modern times, the general population consider their country as consisting of three key areas (this is likely due in part to a historical divide under the French colonial administration). Each of these three regions can be considered as cultural spheres, with observable differences in ethnicity, attitudes, religion, language, food and of course, martial arts.

Furthermore, the population of modern Vietnam is extremely young (with almost half of the approximate ninety-four million residents aged below twenty-nine). This factor coupled with an increasing national wage and social welfare system has lent itself well to the ongoing development and practice of martial arts by the current generation.

Looking Forward and Back

Vietnam is truly a country with one foot in the future and one foot in the past. The nation is modernizing at a tremendous pace, yet despite these successes, the cultural roots of Vietnam still remain strong, fortified by its religious, historical and of course, martial arts practices.

It is safe to say that the martial arts considered to be of Vietnamese origin still hold a strong connection with the Vietnamese people and for many, invoke a sense of nostalgia for days gone by.

Although there is an ever-growing presence of modern combat sports and self-defense systems, Vietnamese martial arts continue to be pursued by a critical mass of students, either as a casual pastime or a professional vocation. For now, at least it remains common to walk down the street of a Vietnamese city at the break of dawn and see the elderly practicing forms of Thái Cực Quyền (tai chi) or teenagers crammed into tiny martial arts gyms whose floors are stained with the blood, sweat and tears shed by the generations of disciples that came before them. While recent research has highlighted the divisions of opinion on the effectiveness of traditional Vietnamese martial arts, they are widely considered to be important cultural, historical and social practices that offer a range of benefits, both mental and physical.

In this current climate, local systems of martial arts are more accessible to outsiders than they ever have been before. However, as the world becomes more united and globalized, the traditional martial arts of Vietnam (and indeed every nation) are at risk of eventually becoming homogenized or even lost entirely.

From my perspective on the ground in Vietnam, it appears likely that within a number of years the traditional martial arts forms of the country will be amalgamated into a uniform, nationalized system like those of Japanese Budo or Chinese Wushu. While this may be seen as a positive step toward modernization by some, traditionalists may disagree on the benefits of doing so. Therefore, I hope to preserve some aspects of traditional Vietnamese martial arts as they are found today.

Since I first arrived in Vietnam and began my study of Vietnamese martial arts, culture and language, I have traveled extensively throughout the country, meeting people from all backgrounds and walks of life. In doing so, I have been honored by the way that, as an outsider, I have been accepted into schools, communities and homes of the Vietnamese people and had the opportunity to experience some unique and amazing situations.

The Martial Arts of Vietnam is the first English language book to look in detail at the systems, styles and histories of Vietnamese martial arts and their related practices.

The above is an excerpt from The Martial Arts of Vietnam—An Overview of History and Styles, by Augustus John Roe, YMAA Publication Center, Publication Date September, 2020, ISBN: 9781594397974.

BOOK: The Martial Arts of Vietnam