How To Know If You're Being Followed | YMAA
Skip to main content
FREE Shipping Order Over $70. (US Only, Conditions apply)    |   Up to 20% Off. Exclusions apply.

Home >> Articles >> How To Know If You're Being Followed 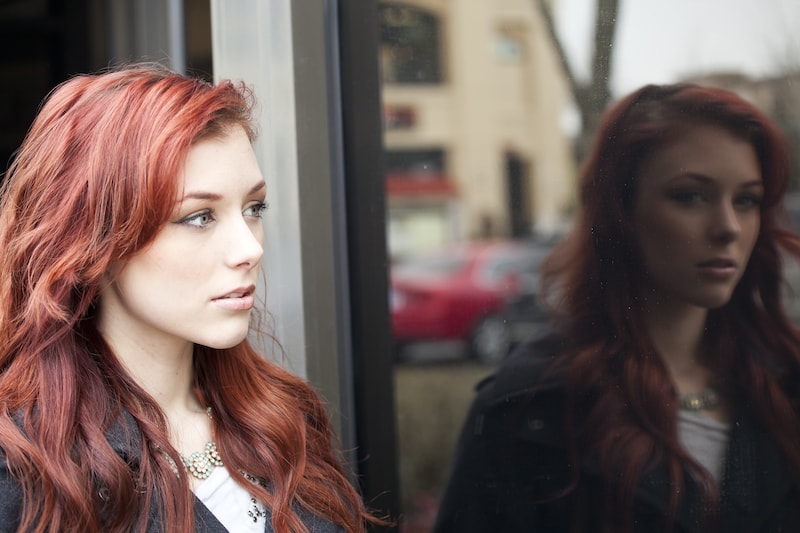 How To Know If You're Being Followed

We've all experienced that "I think this guy’s following me" feeling. It's a weird sensation, and it's based mainly on intuition, but knowing if you are being followed and being able to verify that fact is an essential skill when it comes to personal safety. During basic training in the Federal Air Marshal Service, we spent a lot of time on what we called “domain awareness training,” which culminated in a practical exercise at the local shopping mall. During the exercise, several civilian role players would be given photographs and physical descriptions of us trainees.

One morning several years ago, my youngest daughter Emily left the house for a trip to the beach. About an hour into her drive, she approached a stoplight in a small town square. As she admired the old, red brick buildings and watched people strolling through the public park, a rusted old pickup truck pulled into the left-hand turn lane beside her. She glanced at the man inside. He was alone, unsmiling, and staring back at her. Emily's intuition told her that something was wrong, something about the man just didn't feel right, but she couldn't put her finger on the reason why. Seconds at the stoplight seemed to drag on forever. Finally, the light turned green, and Emily continued along her route as the stranger in the truck turned left and disappeared from view. "That was weird," Emily thought to herself.

A few blocks further along, Emily stopped at another red light. A little disturbed from her encounter, she was now alert and more aware of her surroundings. As she waited for the light to turn, she checked her mirrors. A sinking feeling settled in the pit of her stomach as she saw the unsmiling man in the rusted truck pulling up behind her. Emily immediately experienced a flood of adrenaline. Her heart began pounding heavily in her chest, her breathing sped up, and her throat went dry. She felt as if her entire world had narrowed itself into the space of her rearview mirror. Emily's mind did everything it could to rationalize the man's sudden reappearance, was he lost? Had he made a wrong turn? Emily knew enough about the "fight or flight" response to recognize what her body and mind were experiencing. She took four long deep breaths, holding each for a few seconds before exhaling slowly. As she regained her composure, her rational self began to speak up. "Stop trying to explain this guy's presence, calm down, and act!"

As she pulled away, the man in the truck followed closely behind. Emily knew it was time to eliminate the possibility that this could all be a coincidence. She signaled and made the next right turn. The man in the truck did the same. She took the next left and then one more left back onto the main road. Still, the truck followed. That simple action completely erased the possibility of this being a chance encounter from her mind. "Now what?" Emily's phone was in her glove box, and she didn't want to make any unnecessary stops. "How do I get this guy to stop following me?" She was unfamiliar with the area and had no idea where the nearest police station could be. She saw plenty of houses and people in the area, so she devised a quick plan of action.

Emily scanned the nearby homes and spotted one with two cars in the driveway. Emily learned long ago that you could tell a lot about a family by looking at their vehicle. Stickers on the back bumper informed her that they were the proud grandparents of a local honor student. They were also dog owners, a German shepherd, "Perfect!" As Emily pulled into the driveway, the observant homeowners came outside to meet their unexpected visitor. Emily quickly explained what was happening with the man in the truck and that she felt afraid for her safety. The elderly wife embraced Emily as if she was a relative, and they invited her inside. All three stood by the front window with the big family dog, watching the man in the truck intently. Knowing that he had been spotted, the stranger eventually pulled away and drove out of sight.

After a sufficient amount of time had passed, Emily thanked the couple for their help and returned to her car. She immediately retrieved her cell phone from the glove box and called home. She told me what had happened and that she was heading straight back home. "Keep me on speaker and head directly to the interstate," I told her. Less than an hour later, Emily arrived home safe and sound. Her plans for a relaxing day at the beach had been shattered, but thanks to her situational awareness and quick thinking, her physical wellbeing was still intact.

We've all experienced that "I think this guy's following me" feeling. It's a weird sensation, and it's based mainly on intuition, but knowing if you are being followed and being able to verify that fact is an essential skill when it comes to personal safety. During basic training in the Federal Air Marshal Service, we spent a lot of time on what we called "domain awareness training," which culminated in a practical exercise at the local shopping mall. During the exercise, several civilian role players would be given photographs and physical descriptions of us trainees. Then we'd be turned loose to browse around while the role players would follow us from a distance, taking notes on everything we did. Our job was to identify the person tailing us without that person knowing they'd been spotted. Then at the end of the exercise, we'd have a lineup and point out the person we thought was following us. It was a fun little game of cat and mouse, and the role players were very good at their jobs. Just like an actual criminal, they knew how to blend in with the crowd and get close to us without drawing a lot of attention. Spotting them was a challenge, but air marshals are taught specific techniques to draw out a potential tail and identify them before they can get too close.

We had a simple rule in the Federal Air Marshal Service; you never wanted to see the same person in three different places. If you come across someone that raises your suspicion, but you only see the person once, that's more than likely a chance encounter. If you see that person again somewhere else, it could be a coincidence, but if you see that person a third time in yet another location, then it's safe to assume that you're being followed.

If you're out and about and feel like someone is following you, you have two options. The safest is to just leave the area at once. Avoidance is always the best way to ensure your safety one hundred percent of the time. If leaving isn't possible, you may need to verify your suspicions and confront the problem head-on. Here are some specific actions you can take that will flush out and help you to confirm a possible tail:

Pace modification: This one works whether you're walking or driving. If you think you're being followed, gradually start slowing down. Someone who is just going about his or her business will likely pass you by, but someone who is following you will slow down as well to match your pace. If they do, slowly speed back up and see if they stay with you. Continually matching your speed, it's a good indicator that they are following you.

Surveillance detection routes: If the person sticks with you after you've modified your speed a couple of times, it's time to mix up your route. If you're walking or driving, make a series of turns that eventually puts you back on your original course. This is known as a boxing maneuver. Only you know that you plan on ending up back in the same spot. If you complete your surveillance detection route and the person you suspect is still behind you, then chances are you're being followed.

Window framing: This one only works when you're on foot. If you suspect you're being followed, turn into a store or shop with large windows in the front. Once you're inside, turn and face the windows. If you're being followed, that person will stop to see what you're up to. There you'll be face to face looking at each other through the glass. This usually shocks and surprises the person following you, and their attempts to look casual will turn incredibly awkward. That's a sure-fire way to tell if that person was indeed following you.

Once you've verified that you're being followed, and that person knows you're on to them, they usually move along to another target, someone who's less aware of their surroundings. It also helps to remember that eye contact and a simple "Can I help you with something?" is usually enough to get your pursuer to back off.

Regardless of whether or not you're being followed, there are a few things you should be doing routinely when you're out in public to maintain your awareness and deter possible attackers:

You always want to be aware of your surroundings and mindful of those around you, but at the same time, you don't want to stress yourself out or become overly paranoid. The vast majority of people you encounter every day are decent, law-abiding citizens, but if your gut tells you you're being followed, take the necessary steps to remove yourself from the situation. That's the best way to stay safe. As my daughter Emily would tell you, being situationally aware isn't always a day at the beach, but it beats becoming someone else's next target.

The above is an original article by Gary Quesenberry, retired Federal Air Marshal, and author of Spotting Danger Before It Spots Your Kids: Teaching Situational Awareness to Keep Children Safe, Publication Date May 2021, YMAA Publication Center, ISBN: 978-1-59439-811-7. 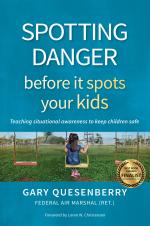