Tai Chi: Swimming on Land | YMAA
Skip to main content
Free Shipping (US Only, Min. $70+ Conditions apply)    |   20% Off Everything, Some Exclusions Apply. 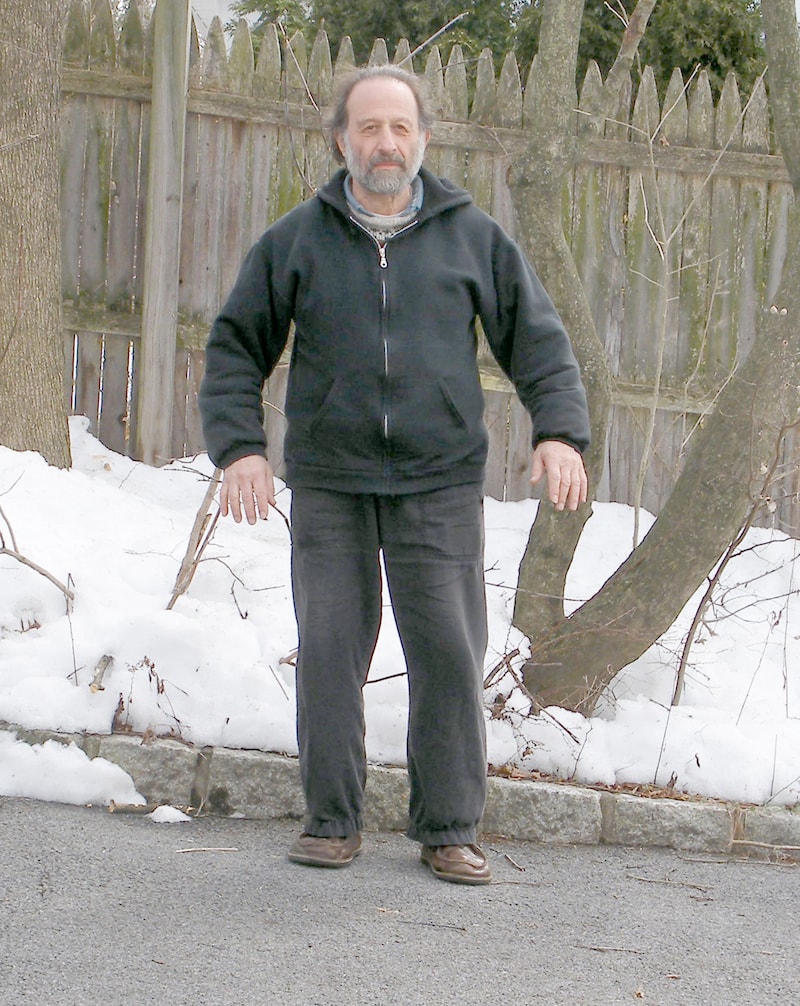 Professor Cheng Man-ch'ing wrote about the importance of what is described as "swimming on land,"1 "swimming in air,"2 and "dry swimming."3 We are advised in these writings to imagine the air as having the resistance and consistency of water when doing taiji movement.

Professor Cheng Man-ch'ing wrote about the importance of what is described as "swimming on land,"1 "swimming in air,"2 and "dry swimming."3 We are advised in these writings to imagine the air as having the resistance and consistency of water when doing taiji movement.

Man lives on land. His long familiarity with air often makes him forget about its existence. Since it lacks solidity and shape, it eludes attention or easy mental grasp by the beginner. To liken air to water aids the imagination. It is like water in the sense that if one pretends to swim while out of water, his movements automatically conform to the principles of taiji. By this practice, the novice will ultimately "feel" the air to be heavy in the sense that he feels water to be heavy. At this stage his body has become lighter and more pliable than that of the average man. His feeling of buoyancy and suppleness derives from firmly rooting the feet and using the body in "dry swimming." Functionally, this slow movement against an imagined resistance will ultimately create great speed in responding to a fighting situation.4

Professor Cheng considered "swimming on land" to be so important that he devoted a whole chapter to it in his Thirteen Treatises. In that chapter, Professor Cheng says:

"As you make progress the air will not only feel heavier than water, it will feel like iron."5

For a long time, I had difficulty in reconciling this concept with Professor Cheng's frequent admonitions to relax completely and surrender to gravity (song). I reasoned that using any muscular force against an imaginary resistance would also require generating a counter force by the opposing muscles and that pitting one muscle group against another would lock the body and prevent free movement. Such a condition also seems antithetical to the principle of non-action.

In addition, some classmates of mine who tried practicing against resistance appeared to be using a substantial amount of brute strength. I considered that way to be wrong and abstained from practicing swimming on land.

I later saw that Professor Cheng used the words imagination and imagined. At no point did he suggest exerting any actual strength. Then I remembered that it is known that the mere thought of doing a physical action is accompanied by production of minute bioelectrical impulses that would ordinarily initiate that action. But such impulses are below the threshold for producing any outward exertion of strength. So imagining resistance need not involve pitting muscles against each other. Therefore, taking Professor Cheng's advice to mean imagining the air as having the resistance of water does not at all contradict his advice to relax.

More recently it occurred to me that when you relax completely (thereby subduing use of contractive strength) and imagine using strength, you are then more apt to produce the bioelectricity associated with expansive rather than contractive strength.

So imagining resistance can be thought of as an activity for training the bioelectrical system to stimulate expansive strength. Because doing so results in a perception of using strength without outwardly exerting it, it provides an effective feedback system for learning to achieve expansive strength and then increasing its intensity. That idea explains Professor Cheng's statement about the air feeling as though it has the resistance of iron.

It is evident that in promoting "swimming on land," Professor Cheng was revealing a tool for recognizing and then cultivating the internal state of strength called nei jin (internal strength), essential for both the health and self-defense aspects of taiji. Cultivating such a state requires ferreting out and then relinquishing contractive muscular action.

As this new bioelectrical action becomes increasingly intense, more-widely distributed, and more under conscious volition, the movements are then increasingly done by using that kind of strength. Now there is a feeling of exertion but without any sensation that muscles are contracting. In my view, what you are feeling is the bioelectricity produced and its resulting expansion of the water in your tissues.

To see a truly impressive use of expansion in doing taiji movement, please watch the first five minutes of this YouTube video of Wang Shu-chin (1904–1981).

Experiment 3-1. On more than one occasion, one of my teachers, Harvey Sober, had us try this experiment: stand in a 50-50 stance, with feet parallel and shoulder-width apart ("Beginning" posture) (Lead Photo of Robert Chuckrow and 3-2 stance).

Attain a state of song. Slowly rotate your elbows forward and out sideways. Then rotate your palms to face the rear. These three modifications should be independently fine-tuned experimentally to maximize the feeling of qi (swelling and tingling of the palms and forearms). Then imagine water coming from behind, pushing your hands forward. Imagine pushing back on the water without tensing muscles. You should feel the qi increase. After a while, the resistance will appear to be very great even though you are not tensing anything. If all goes well, you should now be in a state of expansion. Capture that expanded feeling and lock it in so you can recreate it later.

Next, try to intensify the expansion and spread it everywhere in your body. When you are in that expanded state, someone who tries to move your arm should not feel resistance resulting from contractive strength but, instead, feel that your arm is connected to every part of your body. 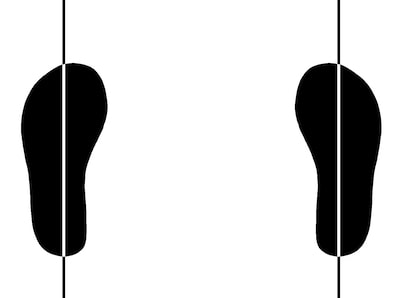 FIGURE 3-2. A 50-50 stance, with the centerlines of the feet parallel. The feet are shoulder width apart, which means that the separation of the ankle joints equals that of the shoulder joints.

Experiment 3-2. If you succeed in achieving the state described in Experiment 3-1, now look at your hands, note their color and any swelling, and compare with their normal state

We previously quoted Prof Cheng's claim that practicing swimming on land "will ultimately create great speed in responding to a fighting situation." That claim is consistent with the heightened activity of bioelectrical readiness required for producing that state. As Sam Chin Fan-siong said, "The motor is running." In other words, you are alert and ready to go and don't need to insert the key and start the engine.

Many taiji practitioners work on and succeed in doing movements with the minimum strength. But because they were told not to use strength, they never attain expansive strength (nei jin). Instead, they are still using contractive strength (li) albeit minimally. That condition, sometimes called "floating," is lifeless and unconnected. Thus it is a sort of "zombie-style." Anyone who has cultivated expansive strength can instantly recognize the difference between use of jin and li in another person's movements.

When at Cheng's school, Shi Zhong, I noticed a student doing the form in a super-relaxed manner. Professor Cheng happened to walk by at that moment and said to him, "Too yin." I don't recall whether it was said directly in English by Professor Cheng or through a translator who was accompanying him.

Swimming on Land Is Only a Tool for Recognizing Nei Jin

It is important to understand that once the proper internal state is recognized and practiced, that state should then be recreated directly. At that point, imagining resistance is no longer necessary and should be set aside.  (There is more detail in "Dangers of Overusing Images in Movement Arts" Chapter 15 in my book, Tai Chi Concepts and Experiments.)

The ultimate goal is to be able to spread bioelectrical activity throughout the whole body at will, expressing potential expansive strength in every direction with minimal muscular contraction.

Consider, for example, doing "Brush Knee," which is an early movement in various taiji forms. A simplistic way of practicing "swimming on land" in that movement might be to imagine that the upper hand is striking and that the lower hand is circling the opponent's punching hand to his knee.

Instead, I view imagining resistance to be just a tool for recognizing the skill of sending bioelectricity, resulting in expansion. When that skill is learned, one's intention can increase the breadth of that electrification. Eventually, the whole body feels like steel but still remains relaxed, pliable, and responsive. The feeling is one of having tremendous strength in every direction—not just in that of the movement. The resulting qi then permeates every part of the body with remarkable intensity. 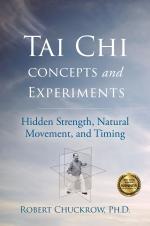 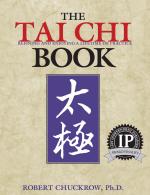 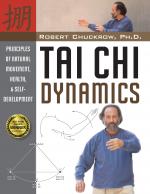