Krav Maga Fundamental Strategies: Defend Yourself Without Getting Busted | YMAA
Skip to main content
Free Shipping (US Only, Min. $70+ Conditions apply)    |   20% Off Everything, Some Exclusions Apply. 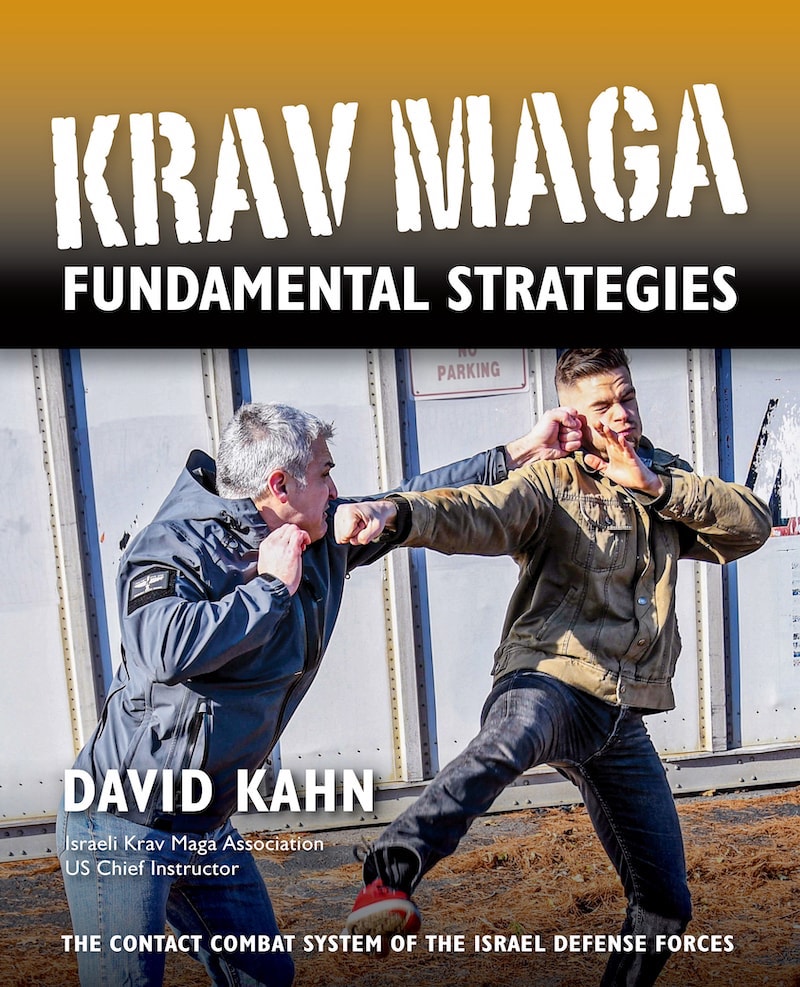 Krav Maga Fundamental Strategies: Defend Yourself Without Getting Busted

There's a running critique from some traditional martial arts that scoffs at Krav Maga for claiming that it is the only martial art that targets the eyes and groin. This isn't true on many levels. Firstly, it's common for all traditional systems to target the eyes and groin. It's only the modern sport-based sparring styles like MMA, Muay Thai, Judo, Sport Karate, and Taekwondo that don't deploy those targets because they are too injurious for fair play. Secondly, Kravists (as author David Kahn calls them) don't actually claim that they are the only eye-pokers and groin-kickers. Well, maybe a few might but it's not an official endorsed declaration. And thirdly, Krav Maga is far more than just targeting the eyes and groin.

Krav Maga is relatively young as martial arts styles go. It emerged sometime in the 1930s as a reaction of the Jewish community to defend themselves against fascists. The founder, Imi Lichtenfeld, died in 1998, not quite a quarter century ago. And while many martial arts styles can genuinely claim centuries of history, several of today's most popular styles are only about a century old, just like Krav Maga. This includes Aikido, Brazilian Jiu Jitsu, Taekwondo, Modern Wushu, and the baby of the batch, MMA.

It's natural for 'newer' styles to get criticized by traditionalists. Traditionalists can be resistant to change. They can be quick to dismiss the newbies using that old Biblical adage "there is no new thing under the sun" (Ecclesiastes 1:9). Exacerbating this is when a new style 'trends.' Making matters worse, disreputable martial arts instructors tend to glom on to what's trending. Some schools will propound the latest martial fads as part of their marketing, despite having proper experience. When MMA first emerged, so many strip mall schools began advertising MMA as part of their curriculum even though some instructors had little MMA experience beyond watching it on TV. The same happened with the cardio movement in kickboxing.

When Krav Maga began to gain in popularity, it suffered from this too. It's 'no nonsense' approach attracted newcomers as a practical means of self-defense, and that's always a strong promotion, especially with street violence on the uptick. Consequently, some schools began offering Krav Maga with minimal experience. This led author David Kahn to secure a registered trademark for his slogan "Because not all Krav Maga is the same…®"

Kahn has impeccable Krav Maga lineage. He received his advanced blackbelt teaching certifications from Grandmaster Haim Gidon. Grandmaster Gidon was a participant of Lichtenfeld's first training class. Today, Gidon is the highest-ranking person in his style of Krav Maga and the president of the Israeli Krav Maga Association. In traditional terms, this would make Kahn 3rd generation. All three men, Lichtenfeld, Gidon, and Kahn, have extensive backgrounds in teaching military and enforcement.

A Confession from the Reviewer

I confess, I'm a traditionalist when it comes to martial arts. I didn't know much about Krav Maga beyond what I read in articles and such. I did take my kid to a self-defense weekend workshop at a Krav Maga school because it offered adrenaline stress training and full force fighting. Since my kid didn't get into martial arts, this was an expedient civilian alternative to build up self-defense skills. It also allowed me to watch some of the Krav Maga classes in an adjacent room discreetly. It seemed like sound training – lots of practical drills – at least based on what little I saw. And one of the sessions did train some eye poke drills.

Nevertheless, given my own traditional background and personal experience at that school, I was neither biased towards or against Krav Maga when I read Kahn's book. To be perfectly honest, I wasn't expecting much beyond basic self-defense methods. Krav Maga Fundamental Strategies is Kahn's fourth Krav Maga book for YMAA. He has also produced three multi-disc Krav Maga instructional video series. That seems like a lot of material for just eye pokes and groin strikes. Upon reading Krav Maga Fundamental Strategies, I was delighted to find Kahn provided so much more.

The Importance of Military Martial Arts

Modern martial arts practitioners tend to forget that within traditional martial arts, there is plenty of military influences. In general, military hand-to-hand combat training is rudimentary yet highly practical. Part of the objective of military training is to get soldiers to be proficient fighters as quickly and efficiently as possible. And given that their application will be in life-or-death scenarios, there's no point in holding anything back.

Lichtenfeld, Gidon, and Kahn have all adapted the brutal aspects of military Krav Maga into something that civilians can use. Military and enforcement officers are armed. That's a completely different strategic reference. When you have a firearm, a baton, a knife, or even chemical mace, it changes how you might apply self defense techniques. For example, there's no point in ground fighting if you're armed. That would just give your opponent an opportunity to steal your weapon.

Krav Maga Fundamental Strategies begins with some solid advice about handling aggressive people. Kahn gives some sound advice on disengagement strategies, what to look for and how to avoid situations that might get ugly. He backs his comments with statistics on assault and provides plenty of information on the staggering number of Road Rage incidents.

Kahn discusses the broad assortment of physiological reactions that anyone might experience when confronted with violence like tunnel vision, random thoughts, time and space compression, and others. These are automatic responses that you might not realize you have until you are in a life-or-death situation, and then it may be too late. Kahn then offers advice on how to understand and cope with such reactions, so they won't interfere with your ability to defend yourself.

How Not to Get Busted Defending Yourself

Few martial artists think about the legality of an eye gouge or groin kick. It's a strange blind spot among many academic martial practitioners that is painfully obvious. It's like when prison cells are depicted in movies that don't have toilets. How does that work? Once you become aware of it, you cannot unsee it. In that same way, you cannot be Bruce Lee and kill dozens of people to get at some crime kingpin and expect to walk away scot free. The reality of a real street confrontation is nothing like in the movies. If you use your martial arts, even in self-defense, there are legal lines you must not cross.

I've done a lot of work in field restraint of combative patients and have been legally called to task about it before. I've had to give a few depositions directly related to my work in the martial arts. Those experiences made me acutely aware of how martial arts applications might be viewed in the court of law. Given those experiences, I found Kahn's examination of the law and martial arts completely engrossing. Believe me when I say that you do not want to have to be in court defending your actions, even if they were completely in self-defense. Kahn provides preemptive solutions to keep you out of court should such an incident take place.

Krav Maga Fundamental Strategies is an essential read for every martial artist for his legal advice alone. The use of excessive force, even in self-defense, could land you in jail. Kahn breaks down the legalese, arming us with the correct responses to an arresting officer should we ever encounter ourselves in a potentially incriminating scenario. It's self defense that legally protects you if you ever have to use your skills for self-defense and an absolute must-read.