General Differences Between Buddhist and Daoist Qigong 佛家與 道家氣功之不同 | YMAA
Skip to main content
FREE Shipping Order Over $70. (US Only, Conditions apply)    |   Up to 40% Off. Exclusions apply. 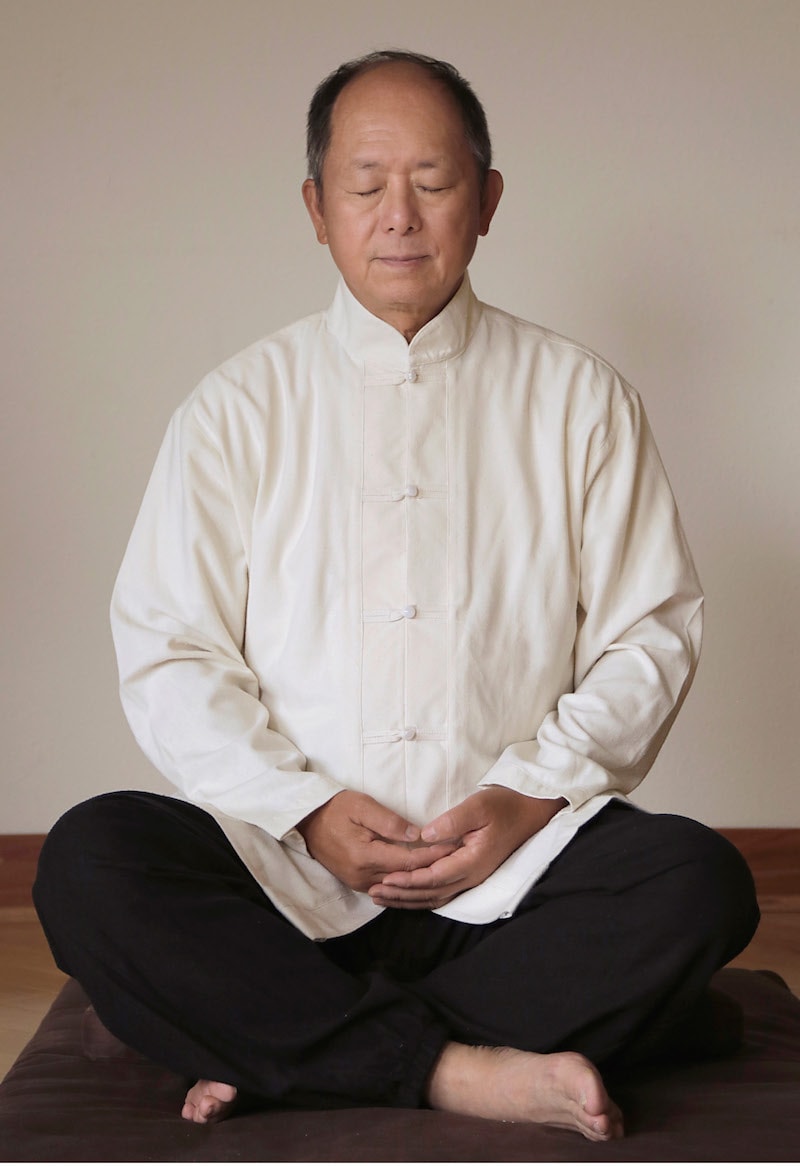 Often Qìgōng practitioners are confused by the differences between Buddhist and Daoist Qìgōng. Both share the same fundamental theory and similar practices….The main emphasis of Buddhist Qìgōng is on becoming a Buddha, while Daoist Qìgōng focuses on longevity, enlightenment, and spiritual immortality.

Often Qìgōng practitioners are confused by the differences between Buddhist and Daoist Qìgōng. Both share the same fundamental theory and similar practices. However, according to the purposes of your practice, one style can be more effective than the other. If you wish to adopt the style that is most effective and efficient for you, you should first understand these differences.

1. The Buddhist monks believed that the goal of Buddhahood could be accomplished simply through spiritual cultivation. However, according to the available documents this overemphasis on spiritual cultivation resulted in their ignoring their physical bodies. They considered the physical body of only temporary use because it served as a ladder to reach Buddhahood. They even scoffed that the physical body was only a "Chòupínáng" (臭皮囊), which means "notorious skin bag." They believed that since it was the spirit that would reach Buddhahood, why should they spend time training the physical body? Therefore, still meditation was emphasized and physical Qìgōng exercise was ignored. Naturally, except those monks who also trained martial arts, most of the monks were weak and unhealthy. This problem was aggravated by a non-nutritious, protein-deficient diet.

2.  From the point of view of training philosophy, Buddhism is conservative while Daoism is open minded. Because religious Daoism was formed by absorbing the imported Buddhist culture into the traditional scholar Daoism (Dàoxué, 道學), their doctrine, generally speaking, is open minded. Whenever the Daoists could find any training method or theory that could help their training and cultivation proceed faster and more effectively, they adopted it. This was almost impossible for the Buddhists, who believed that any philosophy other than Buddhism was not accurate. In Buddhist society, new ideas on cultivation would be considered a betrayal. For example, the sixth Chán ancestor Huì-Néng (禪宗六祖慧能), who lived during the Táng dynasty (618–907 BCE) (唐朝), changed some of the meditation methods and philosophy and was considered a traitor for a long period of time. Because of this, the Chán (禪) style divided into Northern (Běizōng, 北 宗) and Southern (Nánzōng, 南宗) styles. This is well known among Buddhists and is called "Sixth Ancestor Disrupting the Passed Down Method" (Liùzǔ Shuō Chuánfǎ, 六祖說傳法). Because of this attitude, the Daoists have had more opportunities to learn, to compare, and to experience. Naturally, in many aspects they have advanced faster than the Buddhists. For example, in health and longevity Qìgōng training, Daoist theory and training methods are more systematically organized and more effective than those of the Buddhists.

3. Though both Buddhists and Daoists kept their training secret for a long time, the Buddhists were stricter than the Daoists. This is especially true for the Tibetan Buddhists. Before the Qīng dynasty (清朝), although both Buddhist and Daoist Qìgōng were kept from laypeople, at least the Daoist monks were able to learn from their masters more easily than the Buddhists. In Buddhist society, only a few trusted disciples were selected to learn the deeper aspects of Qìgōng training.

4. Daoists and Buddhists have different training attitudes. Generally, the Buddhist practices are more conservative than those of the Daoists. For example, in Qìgōng practice the Buddhists emphasize "cultivating the body" (Xiūshēn, 修身) and "cultivating the Qì" (Xiūqì, 修氣). Cultivation here implies to maintain and to keep. However, Daoists will focus on "training the body" (Liànshèn, 練身) and "training the Qì" (Liànqì, 練氣). Training means to improve, to build up, and to strengthen. They are looking for ways to resist destiny, to avoid illness, and to extend the usual limits on the length of one's life. This means Buddhists' training is more passive while Daoists' training is more aggressive.

5. The main emphasis of Buddhist Qìgōng is on becoming a Buddha, while Daoist Qìgōng focuses on longevity, enlightenment, and spiritual immortality. While striving for Buddhahood, most Buddhist monks concentrate all their attention on the cultivation of their spirit. The Daoists, however, feel that in order to reach the final goal you need to have a healthy physical body. This may be the reason why more Daoists than Buddhists have had very long lives. In their more than two thousand years of research, they found many ways to strengthen the body and to slow down the degeneration of the organs, which is the key to achieving a long life. There have been many Daoists who lived more than 120 years. In Daoist society it is said: "One hundred and twenty means dying young." This does not mean that the Buddhists did not do any physical training. They did, but unfortunately it was limited to those who were doing Buddhist martial arts, such as Shàolín priests. Therefore, generally speaking, today's Buddhists can be divided into two major groups. One is Buddhist martial artists (Sēngbīng, 僧兵) and some Buddhist non-martial artists who train both the physical body and the spirit, while the other group consists of those who still ignore the physical training and emphasize only spiritual cultivation.

7. Almost all of the Buddhist monks are against such training methods as "dual cultivation" (Shuāngxiū, 雙修) or "picking herbs from outside of the Dào" (Dàowài Cǎiyào, 道外採藥) through sexual partner practices. They believe that using someone else's Qì to nourish your cultivation can lead to emotional involvement and may disturb your cultivation. The mind will not be pure, calm, and peaceful, which is necessary for spiritual cultivation. However, because many Daoists are training mainly for health and longevity instead of enlightenment, they consider these methods to be beneficial.

The above is an excerpt from Qigong Grand Circulation for Spiritual Enlightenment by Dr. Yang, Jwing-Ming, Publication date November 2021, by YMAA Publication Center, ISBN: 9781594398452.