Anatomical Targeting Strategy: Works for Both the Attacker and Defender | YMAA
Skip to main content
FREE Shipping Order Over $70. (US Only, Conditions apply)    |   Up to 20% Off. Exclusions apply.

Home >> Articles >> Anatomical Targeting Strategy: Works for Both the Attacker and Defender 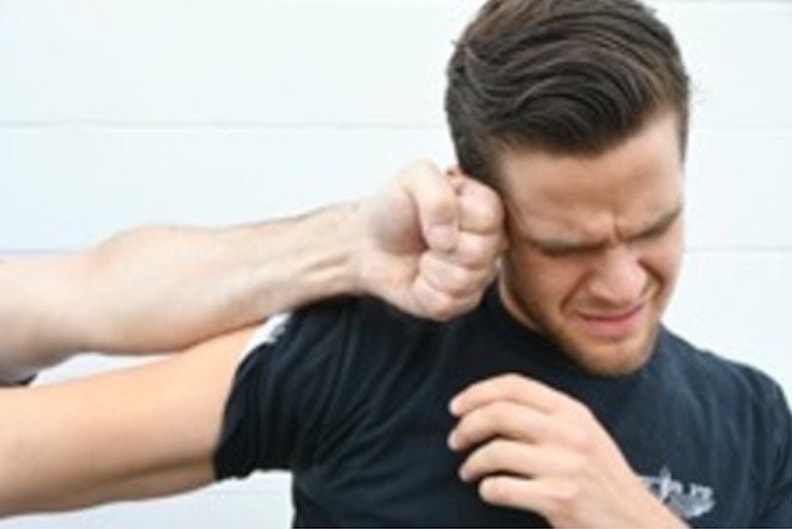 Anatomical Targeting Strategy: Works for Both the Attacker and Defender

Keep in mind that you don’t want any type of fighting chess game; instead, the goal is to eliminate any and all of his future counter-movement and counterattack capabilities. In other words, achieve checkmate with your first or second optimized combative as soon as possible.

To stop an assailant, krav maga primarily targets the body's vital soft tissue, chiefly the groin, neck area, and eyes. The amount of kinetic energy a strike generates to travel through an anatomical target depends on the velocity, the mass of the energy source, and the extent of the kinetic energy transfer. The efficiency of a strike determines the extent and duration of muscle motor disruption.

The human body has seventy exposed anatomical areas, including approximately two hundred targets that cannot be hardened or strengthened through training. These are areas universally vulnerable to damage through anatomical targeting using the most proximate weapon against the most proximate target. Other secondary targets include organs and bones such as the kidneys, solar plexus, knees, liver, joints, fingers, nerve centers, and other smaller fragile bones.

Keep in mind that, if an adversary sees his body being dismantled, he will likely suffer emotional trauma that will further sap his will to keep attacking. You, as a defender, must also learn to protect these vulnerabilities on yourself.

Always keep in mind that whatever tactics you can do to him, he can do to you. To be sure, certain attacks can be lethal, but the body can perform miraculous feats even when severely injured. The body's resilience works for both victim and assailant. Adrenaline is a powerful energizer and allows the body to momentarily insulate itself against pain. Note: an assailant under the influence of drugs acquires yet another layer of pain insulation and artificially increased strength.

Some key concepts for anatomical targeting include:

To be an effective fighter you must not telegraph your anatomical targeting intentions. Successful fighting tactics require sound judgment, anticipation, lightning-fast execution, and the ability to instantaneously summon several integrated combatives. Keep in mind that you don't want any type of fighting chess game; instead, the goal is to eliminate any and all of his future counter-movement and counterattack capabilities. In other words, achieve checkmate with your first or second optimized combative as soon as possible. Remember again that whatever you can do tactically, the attacker can also do. Human bodies generally move in the same way and have the same defensive and offensive fight capabilities.

Attackers understand the proven method of debilitating a victim with a blow to the head. The simplest linear type of attack works best when it targets the head. This is usually a straight punch, especially when a victim is unaware. The outcome of an ambush is most often decided in one or two seconds. (This is also true of a fight, although many fights can last longer.) Krav maga, obviously for good reason, places great emphasis on defending attacks against the head. A combative strike to the head transfers kinetic energy from the attacker's impact tool (knuckles, palm heel, elbow, foot, knee, or head) into the victim's skull. The injury types below can result from being struck in the head. Keep in mind that for defensive purposes, this same type of damage can be strategically inflicted on an attacker.

When teaching, I often use the analogy that an attacker's head is the mainframe computer controlling his body (the machine). Disrupt the main circuitry and you disrupt the machine. Attackers fully understand this concept. Take note that an understanding of anatomical damage can be used both for and against you in your legal defense. If you have been attacked, you can explain in your legal defense that you feared the following types of damage if the assailant successfully struck you in the head. Hence your proportional defensive response.

Injuries to the Skull and Brain

Globally, there are a significant number of serious injuries and deaths caused by blunt force trauma each year. As reported by "BrainLine," in the United States, violent assaults account for roughly 10 percent of all traumatic brain injuries. Skull fractures account for up to 20 percent for all head trauma according to "BMJ Best Practice." Overall, traumatic head injuries are the most common cause of death among Americans aged forty-five and younger. Up to 75 percent of people with severe head injuries also suffer damage to the neck bones or other parts of the body directly related to the blow to the head. Therefore, deductively, one in five punches to the head could result in a skull fracture as reported by the American Association of Neurological Surgeons.

After age thirty, your mortality risk increases after a head injury. Your brain shrinks as you age even though your skull size remains constant. Therefore, there is more room in your skull for the brain to be shaken and, consequently, sustain damage. As noted, blunt force injury sustained to one's head in a physical assault can be permanently debilitating or lethal. Since 2007, the British campaign group One Punch Can Kill has recorded more than eighty single-punch fatalities in the U.K. In 2018, a highly publicized tragedy in the New York Post newspaper, happened when a visiting tourist in Queens, New York, was killed after being punched in the head and subsequently falling backward.

A robust, acute blow to the skull generates a dangerous shock-wave that can disrupt normal brain functions. A violent vibration to the brain can interrupt neurons carrying and intercepting normal signals. This shock could possibly disrupt the nervous system's vital functions, including your heartbeat, breathing, and other life-supporting systems. The cerebellum could effectively switch off, leading to immobility, coma, or death. Of course, from a self-defense standpoint, blunt force trauma attacks to the head are particularly effective in disabling an attacker.

Other serious injuries can result from blunt force head trauma, including internal bleeding when the vessels carrying blood to and from the brain rupture. This causes blood to leak and infiltrate the brain, increasing the chances of death. Traumatic brain injury (TBI) is another serious consequence of a strong blow to the head.

When a victim is rendered disoriented or unconscious, his legs give way. This led to the tourist's death in Queens as he smashed his head on the ground. Obviously, a collapsing person could hit his head against any hard object such as a table or wall. This secondary impact of the ground, known as a contrecoup injury, often adds to the severity of an injury. The brain is initially smashed against the skull in one direction and then subsequently impacts against the opposite side of the skull, exacerbating the injury. Many military combative programs teach targeting and striking an opponent successively at least three times on opposite sides of the head to generate a maximum contrecoup effect.

An analogy of the effects a punch to the head can have on the brain is a column of jelly on a plate or loosely encased in a jar. If you shake the plate or jar with enough force, the jelly will shake, bounce, and begin to tear. Similarly, when a blow to the head forces the brain to move rapidly inside the skull, the neurons and cells making up the soft brain tissue are readily damaged and torn apart.

Below is a summary of the most common injuries associated with blows to the head:

Simple Skull Fracture—A skull fracture is a crack or break in one of the skull's bones. The skull contains no bone marrow and, consequently, is the human bone structure least capable of absorbing a blow, which often leads to a bruise on the brain's surface.

Pterion ("Temple") Injury—The temple is one of the most vulnerable areas of the skull since the middle meningeal artery sits just beneath it. A blow to the temple can rupture this artery, causing death. Notably, an injured person may initially feel fine. However, as blood accumulates, the victim will develop a headache, become unconscious, and likely die unless a neurosurgeon opens the skull for repair.

Diffuse Axonal Injury (Brain Stem Damage)—The brain is twisted and torn by an acute impact to the skull. Brain cells are damaged without causing bleeding, yet may swell, leading to permanent brain damage or death by disabling the autonomic nervous system.

Epidural Hematoma—A blow tears blood vessels under the skull. Blood collects between the skull and the brain's outermost membranes, causing a hematoma that can expand and become fatal. This severe brain injury typically results in immediate unconsciousness and is fatal about 50 percent of the time.

Intraparenchymal Hemorrhages and Contusions—An intraparenchymal or "in the tissue" hemorrhage pools blood within the brain tissue. An impact on one side of the brain that causes it to bounce within the skull results in bruising. Consequent swelling shuts down arteries and blood vessels that supply fresh blood to the brain, resulting in unconsciousness within eight to ten seconds. Irreparable brain damage and death ensue after four to six minutes of oxygen deprivation without a fresh blood supply.