Socio-Cultural Reasons for “Takeover” Attempts to Integrate Okinawan Karate into Mainland Japan’s Budo Philosophy | YMAA
Skip to main content
FREE Shipping Order Over $70. (US Only, Conditions apply)    |   Up to 50% Off. Exclusions apply. 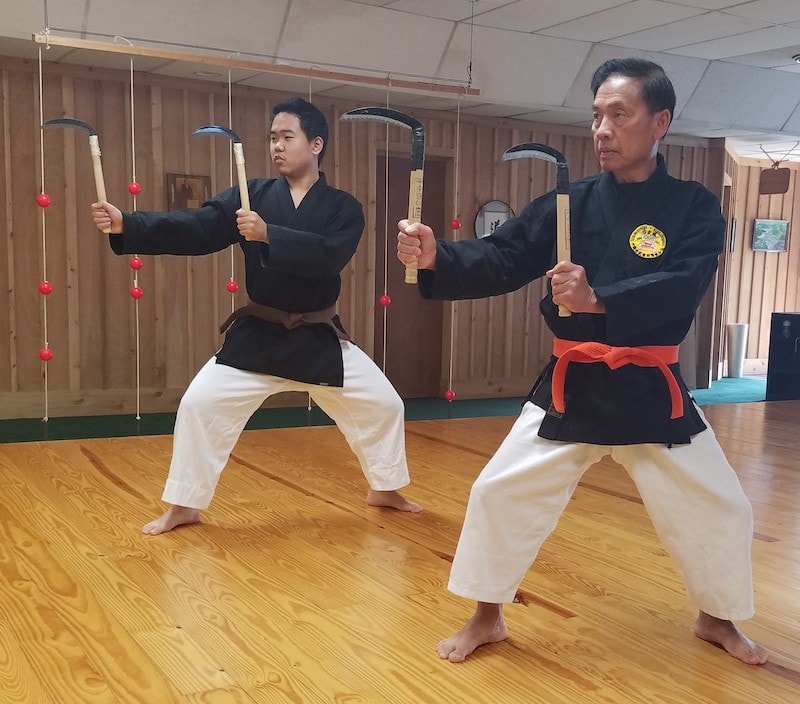 “Japan’s militaristic and nationalistic attitudes before WWII and its strategies to establish an Olympic sport after WWII explain why the mainland took over Okinawa’s unique fighting art.” Hermann Bayer, Ph.D.

Mainland Japan has its own, sophisticated, more than a millennium-old martial arts and bushido tradition, whereas karate was unknown there until the 1920s. Hence, at a first glance, it seems difficult to understand why the mainland undertook considerable efforts to absorb Okinawan karate, to absorb a local fighting system from the nation's farthest and poorest region; to absorb a fighting system even considered crude and rural compared to the mainland's noble arts of koryu bujutsu.

As so often in history, the resolution to this puzzle roots in socio-cultural conditions. Taking the risk to appear foreshortened when listing underlying factors in a short article, the following socio-cultural factors help to explain how karate became part of Japan's path to establish its pre-war nationalistic attitude of militaristic superiority:

During the Meiji Restoration (1868-1912) Japan had to alter itself drastically. It opened up to the West and abolished many traditions representing its feudal power and class structure. However, the West did not treat Japan as an equal partner, and the nation's history from then on looks like a continuing reassurance of itself, an attempt to rise to an equal level as a united, prosperous, and strong nation. Political strength and international leverage is, of course, closely related to martial capability, and, in this context, Japan's wish to prove itself to the outside world, helps to understand the nation's imperial conquests and its decades-long armament. The Sino-Japanese War (1894-1895), the Russo-Japanese War (1904-1905), the country's participation in WWI, and the long preparation for the second war with China, its initiation 1937, and Japan entering WWII, all represent facets thereof.

At the time Funakoshi Gichin Sensei introduced karate to the mainland in the 1920s, the preparation for the second war with China was in full swing. It was a time in which the military, in the name of the Emperor, wielded the actual power, and the following years a period of extreme nationalism, were called "the dark valley". The Emperor himself was built up as a strong symbolic figure and no criticism on militarism or on the cult of the Emperor was tolerated. Japan was preparing itself for total war based on an all-embracing nationalistic warrior spirit. The main factors feeding this spirit, related to the topic of this article, can be identified as:

The main objective of a joint effort of government, military, and Dai Nippon Butoku-Kai to introduce budo at schools and universities, was to teach the way of the warrior as the core attitude of a militaristic nation, and it shows the importance the national government placed upon martial arts at that period.

Karate first drew the military's attention during a draft as a possible contribution to war preparations and was thereafter noticed by the Dai Nippon Butoku-Kai when included into the physical education at Okinawan public schools. From then on, efforts started to Japanize karate, to make it part of the budo under supervision of the Dai Nippon Butoku-Kai. In this perspective, all those well-documented following changes to karate become clear; for instance, its name alteration from "China hand" to "empty hand" during a time when references to China were not opportune or reshaping its structure, etiquette, and attire in the image of judo, which was seen as the prototype of all budo. In 1933, karate was formally accepted as a budo by the Dai Nippon Butoku-Kai, the art adapted itself to the requested spirit and structural reforms and became―together with other Japanese budo―closely associated with Japan's national identity.

After WWII things changed dramatically. A collective attitude shift away from hegemonic pre-war militarism impacted the role and the view of martial arts in post-war Japan, with a following redefinition of karate's intention into a recreational, health-related spiritual way rather than the way and spirit of a warrior. In addition, karate's inherent lethal combat skills were re-directed into sports. Though sports and militarism were also closely related in pre-war Japan, national efforts to prove significance, importance, or superiority shifted from martial success to economic success.

Sports and economic opportunities climax in the Olympic Games, the self-acclaimed "greatest sports-show on earth." In accordance with governmental cultural integration efforts to create some homogeneity within the cultural sphere of the nation, governmental and sports officials developed a long-term strategy to incorporate Japanese martial arts into the Olympic program. As one means towards this goal, Japan's newly founded karate umbrella organization tried to incorporate Okinawan karate (after the Dai Nippon Butoku-Kai was dissolved by the Americans because of its militaristic orientation). Japanese martial arts officials decided to consolidate the various karate schools in Okinawa and on the mainland into one organization―which simultaneously represents one pre-requisite for recognition as an Olympic sport.

Takeover Attempts after WWII to Create an Olympic Discipline

Authorized by the Japanese government to promote anyone in any style to any rank, Tomaya Kanken Sensei was assigned the task of unifying all Japanese and Okinawan karate into one overarching Japanese organization, the Federation of All Japan Karate FAJKO. Hence, in the late 1950s he invited Okinawan karate masters to Tokyo to demonstrate their art, with the ultimate goal of being accepted as Japanese karate masters, though the other way round—having Japanese sensei recognized and accepted by Okinawan masters—would be historically, culturally, and rank-wise more accurate.

However, many Okinawan masters refused to come, and the initiative failed. "This concept did not sit well with them," explains 9thDanGoju RyuKinjo TsuneoSensei in his 2021 interview with Classical Fighting Arts magazine, "as they viewed karate on the mainland as a distant and very unsophisticated form of the karate that was born in Okinawa. Like a small grandchild in fact".

In the 1960s, Japan's FAJKO and some style-specific organizations conglomerated into the Japan Karate Federation (JKF), which until today represents the four officially recognized Japanese karate styles and continues its initiative to have Japanese martial arts accepted as an Olympic sport and discipline, tentatively succeeding in 2020/21.

To further separate itself from Okinawan traditions and to create pressure to align with Japanized karate versions, the JKF created the shitei kata in the early 1980s as a pre-requisite for tournament participation. This threshold excluded Okinawan styles from official tournaments. Shitei kata were based on centuries-old katas of pure Okinawan origin (with Chinese martial arts impact of course), which were then Japanized in the 20th century, i.e., altered and adopted into the four official (mainland) Japanese karate styles of Shotokan, Wado Ryu, Shito Ryu und (a Japanese version of) Goju Ryu.

All efforts, initiated by Okinawan karate officials spearheaded by Nagamine Shoshin Sensei, to discuss and to resolve the issue were rejected. Shitei kata remained in place as tournament prerequisite until their cancellation in 2013, when karateka were finally allowed to express traditional katas in their traditional way.

Countering the Japanese initiatives, Okinawans formed their own umbrella organization, initially containing Goju Ryu, Uechi Ryu, Kobayashi Ryu, and Matsubayashi Ryu. Several other style-specific as well as overarching organizations followed, until the formation of Okinawa Dentou Karate-Do Shinkokai in 2008 merged all earlier segmentations into one federation for all dentou [genuine] Okinawan karate and kobudo.

Though Okinawa's legendary karate authorities did not promote a distinction of the art into different styles and rather promoted its overarching purpose of forging individuals into entities of defense and offense, karate styles were introduced on Okinawa in the decades preceding WWII; a request for styles by mainland Japan's martial arts officials and the reason to not offend them politically being one main cause. Later, the Okinawan-specific umbrella karate systems were named as Shorin Ryu, Goju Ryu and Uechi Ryu, which became the only three official Okinawan karate styles―better called karate "systems" than karate "styles": a karate system is like a language, and you can use different languages to articulate the same thing.

Over the last couple of years, we find an ever-increasing number of political and public-relations initiatives by the Okinawa Prefectural Government in unison with Okinawa Dentou Karate-Do Shinkokai to reclaim karate for its birthplace Okinawa and to correct the erroneous worldwide opinion that karate would be a fighting art born on the mainland.