Excerpt from Chojun—A Novel | YMAA
Skip to main content
FREE Shipping Order Over $70. (US Only, Conditions apply)    |   Up to 50% Off. Exclusions apply. 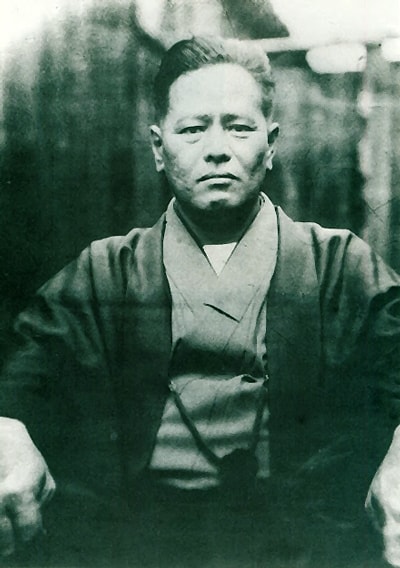 Set in Okinawa during World War II, it’s a story of reverence, the coming of age, love, tragedy, war, and honor.  A retired Okinawa karate instructor, Ota Kenichi Ota, writes memoirs of training with world-famous master, Chojun Miyagi, (and it’s not Hollywood’s “Karate Kid,” it’s the real Miyagi.) In the aftermath of war, Ota finds that he must fight again to rebuild the shattered hopes of his people and to preserve his master’s art of karate.

Excerpt from “A Visit from Dr. Kano”

It was another stifling evening in Naha as we packed into the town hall. The doors and windows had been opened wide, but there wasn’t a breath of wind to circulate the air. In the eager press of bodies, the sharp smell of fresh sweat stung my nostrils, but I was too excited to care. I was with the other boys from my karate class and we were in high spirits. The reason for this excitement was a visit from the founder of judo, Dr. Jigoro Kano.

Judo was a new and popular way to develop fitness and fighting ability, and with its exciting competitions, it was already being considered as an Olympic sport. Tonight, Dr. Kano himself would be demonstrating his art. As one of the foremost citizens of Okinawa, Miyagi had a seat on the front row next to the mayor. Beside them, a clutch of journalists and photographers were well-placed to capture the evening’s events. I’d managed to get a seat only a few rows back from Miyagi, along with the other boys from the karate club. We chatted eagerly as a group of young judo-men in crisp white suits laid mats down in the center of the hall.

The head of the Naha Judo Club strode into the center and the crowd fell silent. He gave a short speech welcoming Dr. Kano, and when Kano stepped out to join him there was rapturous applause. To my surprise Kano was an old man—far older than I’d imagined—with a thick grey moustache and a down-turned mouth, though his stride was sprightly and he bristled with energy.

He was joined on the mat by his senior assistant, whom he introduced as Mr. Nagaoka. I expected Kano to call his students out to demonstrate, but instead he proceeded to perform a flowing two-man drill using only Mr. Nagaoka as his partner. Despite his scholarly appearance, Kano spoke little during his demonstration, offering no more than the name of the technique he was using, or a simple introduction to a new theme such as locks or chokes. He demonstrated his throwing techniques in groups based on the direction of the opponent’s force: throws for an attacker moving toward you, throws for an attacker pulling backward, throws for an opponent moving sideways. Kano and Nagaoka performed a seamless demonstration of the wonderful throws and submissions of judo. It went on for almost an hour and the power and beauty of their actions spoke louder than any words.

In those days, judo was considerably more brutal than its present form. Kano added many subtle strikes into his techniques. The intensity of their performance was incredible and relentless, and the hall watched spellbound. “Ha, yes!” I heard Miyagi exclaim several times, clapping his hands in delight and whispering animatedly to the mayor. He clearly held Dr. Kano to be a martial artist of the highest order. When Kano had finished his own demonstration, he announced that the members of the local judo club would now demonstrate free sparring, and I noticed he wasn’t in the least out of breath. The young students engaged in a series of exciting throwing and grappling matches, and the level of their physical conditioning was obvious.

When their matches had finished, another hour had passed in the blink of an eye. Kano left to wash and change into a fresh judo gi before returning to mingle with the crowd. He was quickly introduced to the mayor, who in turn introduced him to Miyagi. I squeezed through the throng, determined to be at my teacher’s side when he met the great man and hear what they had to say to one another, but when I got there, the mayor was doing most of the talking.

“Master Miyagi is Okinawa’s foremost karate master,” the mayor told Kano happily, “He is truly one of the natural wonders of the island!”

“There are many fine masters on Okinawa,” Miyagi said quickly, then complimented Kano on the quality of his demonstration.

Kano beamed with delight. “Thank you, Master Miyagi. It is always most gratifying when a fellow martial artist appreciates one’s art. I’ve been keen to visit Okinawa for some time, since I am most interested in karate. I have had the pleasure of meeting with several renowned masters in Tokyo and Osaka, Master Funakoshi and Master Mabuni, and I was fascinated to see their demonstrations. Master Funakoshi is a school teacher like myself, and we share the view that martial arts would be a valuable addition to Japan’s school curriculum.”

“Martial arts is very good for the health and spirit of young people,” Miyagi said, then turned with a smile. “These are some of my own students,” he said, ushering us forward.

Dr. Kano regarded us with unconcealed pleasure, “Fine young men too, by the looks of them.”

“Splendid!” the mayor said, overjoyed that a man such as Kano should express such sentiment, “Perhaps we can persuade Miyagi and his students to give a small demonstration of their karate?” he said mischievously.

“No, no,” Miyagi replied raising his hands quickly, “Tonight is a night for judo, not karate, and besides, the hour is getting late.”

“Nonsense!” the mayor said, “the sun has still not set! Show Dr. Kano the beauty of our native art.”

“There’s no need,” Miyagi protested, but the mayor persisted.

“Oh come Miyagi, you are always saying that you want to promote karate to the rest of the world.”

“Ah, but he has not seem the Naha style of karate, and tonight we are in Naha,” the mayor said triumphantly.

“That much is true,” Kano said with what seemed like genuine interest, “and I understand there are many different schools of karate. What is the name of your school?”

The School of Goju Ryu: Hard and Soft

“Hard and soft,” Kano said, breaking down the Go and Ju of our title, “fascinating!”

It was interesting, since judo contained the same character of Ju meaning soft or, more exactly, compliant or yielding.

“That is why your demonstration was so enjoyable to watch,” Miyagi said. “Your methods of using an opponent’s strength against him are truly remarkable.”

“It has been my life’s work to create a style based on these principles,” Kano said proudly. “I believe them to be the highest form of combat.”

“I agree,” Miyagi smiled. “However, the hard part of a style is quicker to learn, and easier to put into practice.”

“Most certainly,” Dr Kano nodded with a smile. “Even in judo, power and aggression play a vital role. But tell me more of your karate—does it contain Chinese influence? I have heard that some styles do.”

“My teacher studied in Fujian Province for many years. Most of our kata are Chinese in origin, though some elements of Okinawa’s native martial arts have been blended in.”

“Which elements are those?” Kano probed.

Miyagi smiled. “We Okinawans are a simple people, Dr. Kano. We like to rely on simple methods in our fighting.” He raised his hand and clenched it slowly into a fist.

“Ha yes, the famous karate punch!” Kano said. “You use a punching post, I believe?”

“The makiwara is one of our primary training tools,” Miyagi said, “though there are others. Physical strength and conditioning are also very important.”

“Quite so,” Kano said, “but the thing that fascinates me most about karate is the practice of kata without a partner. Tell me, what is the purpose of performing a kata alone?”

“That is quite a question,” Miyagi said, “and one which I have pondered myself quite often, since it’s obvious that training with a partner is more realistic.”

Kano put his head to one side, still awaiting an answer.

“There are many explanations,” Miyagi continued, “but my final conclusion is that the deeper meaning of karate is not physical, but rather spiritual. Through the practice of kata, the practitioner aims for perfection of form and movement. This can only be achieved by being in harmony with the elements surrounding us, the earth below, and the heavens above. To perfect one’s movement in kata is to be perfectly in tune with nature and the universe.”

“Quite an achievement,” Kano said quietly.

“An impossible dream,” Miyagi said quietly, a trace of bitterness in his voice.

Kano nodded. It seemed he had chased the same dream himself. “You are familiar with Yoga, Mr. Miyagi?” he asked suddenly.

Miyagi answered that he was.

“On a recent voyage to Europe, I made the acquaintance of an Indian Guru aboard an ocean liner. We spent many happy hours in discussion, and I learned a great deal about his country and its remarkable spiritual practices. Did you know, for example, that the meaning of the word ‘Yoga’ comes from the same root as the word yoke, and can be translated as connectedness?”

It was Miyagi’s turn to be impressed, and as he considered the idea, Kano continued cheerfully, “My ultimate aim in judo is also the development of the individual, the perfection of the self.”

“An impossible dream,” Kano beamed, and Miyagi chuckled at having his own words quoted back to him. Kano’s smile remained, but his eyes were more serious. “I would be fascinated to see a demonstration of your art, Master Miyagi,” he said, and it was clear the request was far more than a simple attempt at politeness.

“Yes, come Miyagi,” the Mayor urged, “demonstrate your art for Dr. Kano. Demonstrate it for all of us.”

Miyagi looked about, seeking an excuse to refuse, but the mayor was determined. “Dr. Kano is sailing in the morning,” he added. “We cannot delay, Miyagi. It must be tonight!”

Miyagi’s eyes returned to Kano’s, which hadn’t left his since Kano had made his request. He threw up his hands in defeat. He couldn’t refuse. 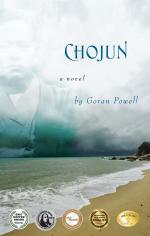