Meet the Author: Marisa Cranfill (YOQI) Interview About Qigong for Immunity (video) | YMAA
Skip to main content
FREE Shipping Order Over $70. (US Only, Conditions apply)    |   Up to 50% Off. Exclusions apply. 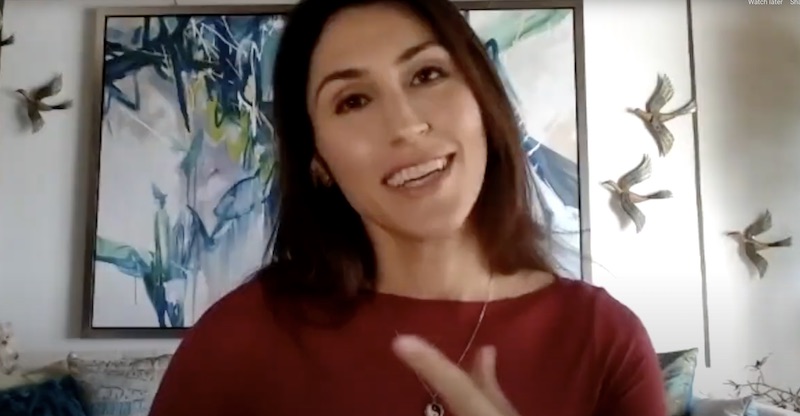 YMAA Staff Writer Gene Ching interviews YOQI master Marisa Cranfill about her blend of Yoga and Qigong and how to practice to boost the immune system.

YOQI founder Marisa Cranfill chats with Gene Ching of YMAA Publication Center about her unique fusion of yoga and qigong, exploring the parallels between qi and prana, the meridians and chakras, and how it relates to modern day practice. Marisa Cranfill discusses the relevance of these ancient wellness practices and their relationship to the pandemic.

Marisa Cranfill is the founder of YOQI yoga + qigong. Frequent trips to Asia as a child inspired Marisa to study academically and work there for over 15 years. While living in China and Thailand she received direct transmission from Qigong masters, nuns and healers in both the Buddhist and Taoist traditions. Marisa developed YOQI over years of teaching Yoga and Qigong at meditation retreats. She found that both practices contained key principles and techniques that enhanced the student’s stamina and sensitivity to energy during the long seated meditation sessions. The routines reduced physical pain and gave them more focus and quality of awareness. This became the catalyst to extract a clear and effective program of mindful movement, accessible to everyone, that maintains the integrity of the ancient Yoga and Qigong traditions.