Praise for Dr. Yang’s Book “Qigong Grand Circulation for Spiritual Enlightenment” | YMAA
Skip to main content
FREE Shipping Order Over $70. (US Only, Conditions apply)    |   Up to 40% Off. Exclusions apply. 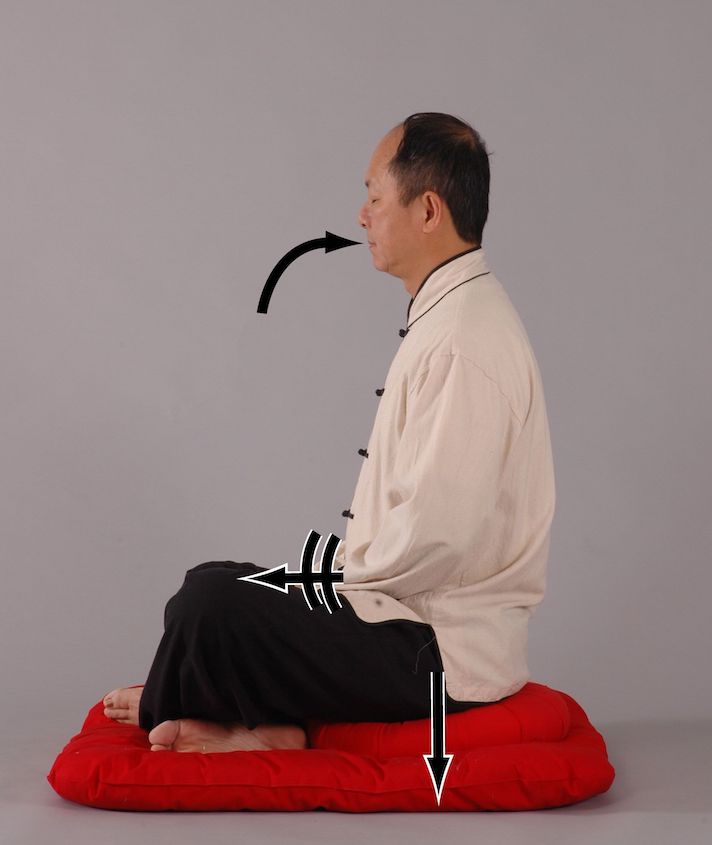 Dr. Yang’s research and translations are extraordinary in themselves, yet he has also brought something else equally relevant and necessary to a grounded actualization of Qìgōng meditation: a clear and legitimate voice of modern science and the scientific method.

When asked, "Who are you? A god, a saint, an enlightened master?" Siddhartha Gautama—the historical Buddha—did not answer with personal information; instead, he simply said, "I am Awake!" This was not an arrogant statement but one of lucid recognition and humble self-realization. In this declaration is an embodied understanding that liberation from delusion and "waking up" is not about a system of belief but a direct experience that is based on the real spiritual insight that arises from practice. In their radical engagement with the path of liberation, earnest seekers of truth continue to evolve both their level of insight and the quality of their practice. This liberation is, in part, breaking free of habitual personal and cultural patterns that keep us from the direct recognition of our true interconnected nature with the universe itself—the Dao. Dr. Yang has referred to this process as "letting go of your mask." Letting go, indeed!

From the time Buddhism first arrived in China, Buddhist philosophy, along with its insight meditation techniques and mindfulness awakening practices, has had a most auspicious connection to the existing Daoist culture. Each system and tradition of practice positively impacted the other without either losing its fundamental identity. This was not about competition but rather a mutual appreciation—not so much a marriage but learning and enhancing each other.

The Axial Age (between the 8th and 3rd centuries BCE) saw the appearance of great teachers like Laozi, Zhuangzi, Confucius, and the historical Buddha—Siddhartha Gautama. Their teachings were radically new and transformative for humanity, having had a profound impact on world culture and spiritual understanding right up to the present day. Within certain of these Daoist and Buddhist traditions, and intimately connected with the teaching and the methodologies of meditation and mindfulness, are the profoundly integrating coherency-creating, and well-being promoting work that we have come to know as Qìgōng. This process of transformation is the fulcrum point that potentially integrates cognitive understanding with embodied direct knowing and in its finer expression is called Internal Alchemy.

Qìgōng meditation helps to establish a first-person knowing and trust in the universe that is beyond doubt. Together, the cognitive and scholarly engagement, along with the direct personal and transpersonal experience of the Dao—by any name the Dao may be known—is the foundation and the expression of what we might call enlightenment. Understood in this way, enlightenment is not a single momentary experience but an unfolding process that may include stages of personal psychological and moral development as well as dimensions of transcendent state experiences that arise from contemplative training, including the finer stages of Qìgōng practices like the principles of Yìjīnjīng and the spiritual endeavor of the Xǐsuǐjīng. Experienced practitioners know this to include the transmutation of the three treasures, the San Bao—Jing to Qì to Shen.

As a Buddhist priest and a Daoist practitioner, as well as a teacher of these traditions and practices, I have found Dr. Yang's teaching and in-depth research to be invaluable to my experiential understanding of Qìgōng and my dharma heritage.

Dr. Yang's research and translations are extraordinary in themselves, yet he has also brought something else equally relevant and necessary to a grounded actualization of Qìgōng meditation: a clear and legitimate voice of modern science and the scientific method. Dr. Yang has been able to explain Qì in terms of bioelectrical energy, has clearly distinguished the differences between internal and external martial arts, and has recognized important modern discoveries like the second brain in the field of the Lower Dāntián, to name just a few contributions. Through his work, Dr. Yang has been able to successfully create a bridge to ancient Eastern wisdom for those of us with empirical-leaning Western minds.

The pathway that Dr. Yang has opened up for us in Qìgōng Grand Circulation For Spiritual Enlightenment (大周天氣功與神通) is a rare and incomparably valuable map for the process and the methodology of authentic awakening to our true nature—by any name.

It is a confluence of the rivers of intellectual understanding and direct nondual experience through the meditation practice portal. The scope of the three books in the Qìgōng Meditation series ranges from the essential foundations of Qìgōng and the clarification of guiding principles to the very advanced aspects of physical, mental, and spiritual transfor- mation in Internal Alchemy. The richness of the themes and practices in Qìgōng Grand Circulation For Spiritual Enlightenment sets this book apart as a well-spring of coherent material for study and practice that one may engage in for a lifetime.

This text is a culmination of a lifetime of practice, research, and teaching. Building on the previous two texts, Qìgōng Meditation: Embryonic Breathing and Qìgōng Meditation: Small Circulation, Dr. Yang delivers a consummation of practical and spiritual insight from his endless hours of comparative research and translation of ancient texts and, most importantly, his own direct experience. The outcome is Qìgōng Grand Circulation For Spiritual Enlightenment.

I would call this book a treasure, as it reveals a depth and scope of material that is vast, detailed, and trustworthy. Relevant to any sincere seeker and explorer of human potential, it is presented in a way that is systematic, inspirational, accessible, and non-dogmatic.

As humanity now appears to have arrived at a point where the choice between the two paths of evolution and extinction is presented before us, what is more important than giving priority and our heart's attention to genuine transformation? If we are to make this evolutionary change to a sustainable and inhabitable planet, it must be in harmony with nature and not through more manipulation and self-centered greed. By synthesizing the ancient and the modern, the compassionate and the wise, and the true and the liberating,
Dr. Yang reveals for us this evolutionary pathway that is a treasure of well-being and inter- nal harmony.

Qìgōng Grand Circulation For Spiritual Enlightenment is ultimately about wholeness and the actualization of our potential as individual human beings on the path of an evolving awakening realization of our inextirpable connection to the heart/mind of the universe—the Dao.

The above is a Foreword by Roshi Teja Fudo Myoo Bell Rinzai.