The YMAA Qigong Curriculum | YMAA
Skip to main content
FREE Shipping Order Over $70. (US Only, Conditions apply)    |   Up to 20% Off. Exclusions apply. 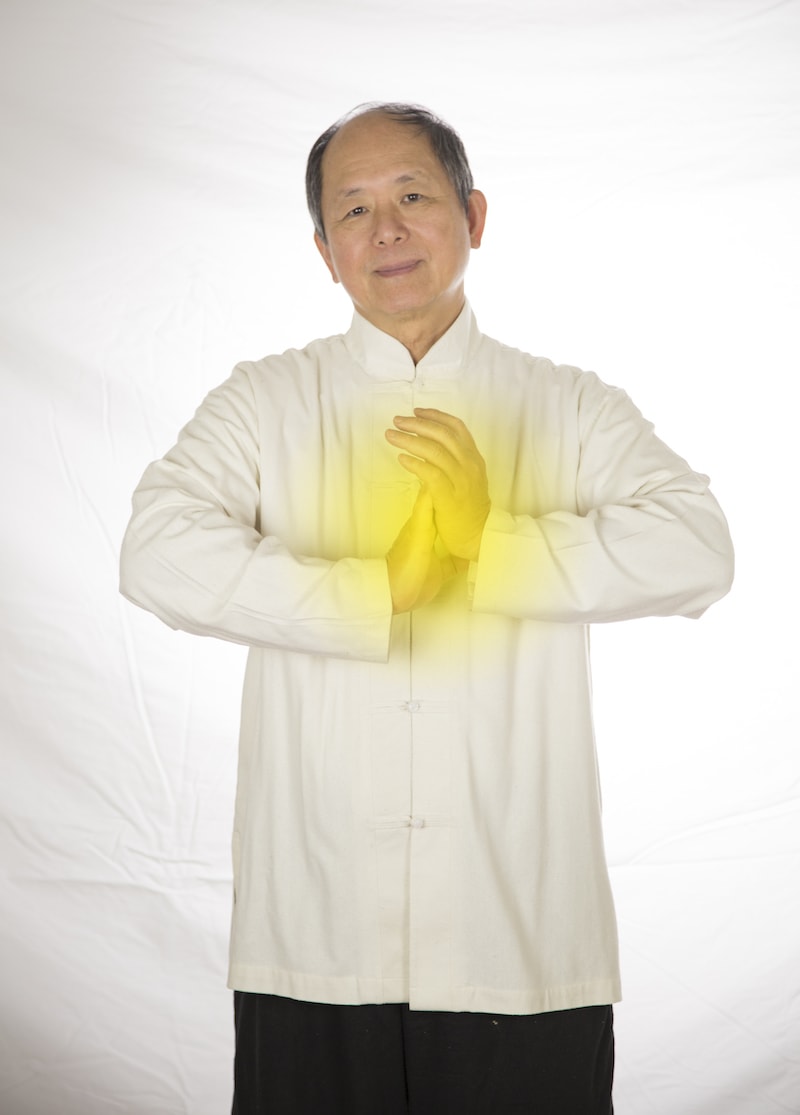 The Chinese word Qi (氣)is defined as energy, as in all energy in the universe, and Gong means hard work or study. Therefore, Qigong (氣功) means "the study of natural energy." Western science has identified a bioelectric potential in the body which could be one of the primary aspects of Qi energy. This "bioelectricity" is recognized by YMAA as an important area of Qigong study and research.

Qigong was originally taught 'within' other practices.

Historically, students at YMAA (Yang's Martial Arts Association) would learn qigong as part of their study of either Taijiquan (Tai Chi Chuan) or Shaolin Kung Fu. The qigong exercises were meant to develop the body's structure and develop jing patterns, or power emission within martial arts movements. Over time, there was enough interest in qigong itself that special classes and seminars on qigong-only began to be available during the 1990s.

The Chinese word Qi (氣)is defined as energy, as in all energy in the universe, and Gong means hard work or study. Therefore, Qigong (氣功) means "the study of natural energy." Western science has identified a bioelectric potential in the body which could be one of the primary aspects of Qi energy. This "bioelectricity" is recognized by YMAA as an important area of Qigong study and research. The Qigong classes offered at YMAA study Qi in relation to health, longevity, and martial arts, and follow the methods developed by Buddhists, Daoists, acupuncturists, and martial artists. The YMAA Qigong program is mainly comprised of these various practices.

Basic Qigong Theory and Training (基本氣功原理和練習, Ji Ben Qigong Yuan Li He Lian). Basic Qigong theory includes the understanding and the feeling of Qi, and the relationship of Qi to nature and the human body. Basic Qigong training includes the practices of how to regulate the body, breathing, mind, Qi, and finally Shen (spirit). Naturally, reaching the final stage is not easy. However, with the understanding that comes from doing the basic training, the student will be able to set goals and to know what to expect. The "Understanding Qigong" video series is a home version of the popular annual seminars offered at YMAA schools for years.

The Four Season Medical Qigong (四季功 ). It is known that when the seasons change, the Qi condition in the five internal organs will also change. In order to balance the Qi circulation during seasonal changes, the Four-Season Qigong was created. Once you have learned this Qigong, you will be able to adjust the Qi circulation in your body more smoothly and naturally, following the natural Qi changes. This is taught in Part 4 of the "Understanding Qigong" video series.

Taiji Ball 太極球氣 (Yin Yang Taiji Qiu Qigong). A form of Taiji Qigong practice, training with a wood or stone ball is traditionally a part of many Chinese martial art styles. This whole-body exercise is a soft-moving meditation. Through this meditative training, you will be able to concentrate and focus your mind at a higher level. When this happens, your mental sensitivity will be increased significantly. This will result in a higher level of alertness and awareness. This is a crucial key in improving your mind and body's communication. With this smooth communication, you will be able to see your body's health condition, enabling you to learn how to lead yourself down the right path of a healthier life.

Small Circulation-Microcosmic Circulation (小周天氣功, Xiao Zhou Tian Qigong). Small Circulation practice teaches you how to use the mind to lead Qi through the two major Qi vessels-the Governing and Conception vessels along the outer centerline of the body. These two vessels are the Qi reservoirs which regulate the twelve Qi channels. The goal of the practice is to remove stagnation in these two vessels, and to increase the supply of Qi, which improves overall health and vitality, and is a component to increasing your Qi for spiritual pursuits.

Grand Circulation-Macrocosmic Circulation (大周天氣功, Da Zhou Tian Qigong). After a student has completed small circulation, the next step is to learn how to lead the Qi to circulate in the limbs, out to the surface of the skin, and into the bone marrow. Grand circulation is not only beneficial for health, but also the key to reaching higher levels of martial power.

General Qigong Massage (普通按摩). General Qigong massage gives the student an understanding of both the physical body and the Qi body. It introduces the student to the field of massage and prepares a foundation for future study of deeper levels of massage, such as Tui Na and Dian Xue. Tui Na Qigong Massage (推拿按摩, Tui Na An Mo). Tui Na Qigong massage specializes in treating injuries and illnesses. This training familiarizes the student with the body's Qi circulation system. Dian Xue Qigong Massage (點穴按摩, Dian Xue An Mo). Dian Xue Qigong massage has two purposes. The first one is for healing, and the second one is to train martial artists in the skill of striking vital spots. Qi Massage (Qi Healing) (外氣療法, Qi An Mo, Wai Qi Liao Fa). Qi massage is also called Qi healing. It trains the student to use his/her own Qi to regulate imbalanced Qi circulation in the patient.

Chan (禪﹐忍, Zen). Chan is the Chinese form of Buddhist meditation, and the primary practice is seated meditation. The topic of Embryonic Breathing itself is vast and should be explored in-depth by those interested. The main activity in Chan practice involves discussions to aid in the understanding of Qi and of personal experiences in meditation. Sitting qigong meditation as well as several other qigong methods originated from Buddhist monasteries, dating back to the original Siddhartha Gautama.

Yi Jin Jing and Xi Sui Jing (Muscle/Tendon Changing and Brain/Marrow Washing). These ancient practices from Shaolin Temple are attributed to Bodhidharma, the 28th generation monk after Buddha who brought Buddhism from India into China. These two practices are traditionally taught only to those students who are interested in entering deeply into qigong training for martial arts or spiritual enlightenment. All other Qigong courses offered by YMAA are prerequisites for this training.

Daoist Qigong (丹鼎道功, Dan Ding Dao Gong) and Tibetan Qigong (密宗神功, Mi Zhong Shen Gong). Different methods of these ancient Qigong have been part of the qigong practice, followed by open discussions of personal experiences from training. These rare arts have been offered by guest teachers and are sometimes presented in video lessons.

Qigong has thousands of years of history and many styles to study and cross reference. I hope this guide can offer a helpful overview and help you find a path of practice into the vast garden that qigong offers.

The above is an original article by Dr. Yang, Jwing-Ming.