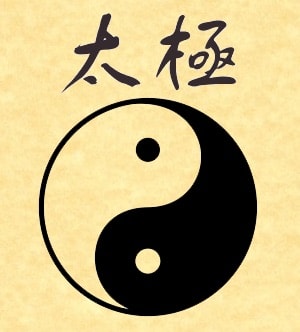 Is it Tai Chi or Taiji?

Tai chi is one of the most practiced martial arts in the world today. Countless practitioners recite these time-honored movements for health, self-defense, and peace of mind all around the world. However, as tai chi continues to spread globally, how to spell it is absurdly frustrating.

China's venerated soft style of martial arts has two dominant spellings: tai chi chuan or taijiquan. It's confusing but both are correct. These are just alternate methods of romanization. Remember that Chinese is logographic, meaning that it is character based not alphabetical. In English, words are assembled from our 26-letter alphabet, which is what you are reading now. In Chinese, it's some 5000+ individual characters. When written in traditional Chinese, it is 太極拳; the spelling is a transcription.

This is the simple answer. Chinese culture is a Chinese box, filled with mysteries. When you open one box, you find another inside. YMAA Publication Center always seeks a deeper understanding of such matters, so let's open a few of tai chi's (or taiji's) Chinese boxes.

Tai chi chuan is the most popular spelling. Search it on Google and you'll get 230,000,000 hits. Taijiquan only gleans about 1,740,000 Google hits, however this spelling is used in scientific and academic journals because it is in pinyin, the official romanization system of Mandarin established in the 1950s.

Tai chi chuan is more prominent because of precedence. Wade-Giles is an older romanization system that dates back to the mid 19th century. There it is spelled t'ai chi'h ch'üan. This degenerated because few typewriters had an umlaut key for the ü (remember that computer keyboards didn't eclipse the limited typewriter keyboards until the 80s). What's more, only those familiar with German or Hungarian know what an umlaut does nowadays. Over time, the umlaut was abandoned, and the second H was dropped to t'ai chi' ch'uan, which is still seen in older publications. Then the accents disappeared leaving us with what we have today.

The variations between CH, J, and Q are more complex. 'CH' and 'J' are made with the same mouth shape, just with different voice onset times. Try this. Alternate making 'CH' and 'J' sounds, and you'll discover that the positions of your lips and tongue do not change. What changes is when you voice the sound. Different languages have subtle distinctions in parsing voice onset time. In Mandarin, chi (or ji) is right in between CH and J. If you can do that, your pronunciation is more accurate.

Q is confusing. Pinyin uses the Q for a slightly different CH sound, so it's not like the Q in quarter or quill, although it can be in Cantonese. Best not to dwell on this and just stick with the CH sound. The same problem afflicts qigong.

Speaking of Cantonese, the earliest Chinese immigrants were southerners and spoke that instead of Mandarin. Cantonese and Mandarin share the same general written language but sound completely different. Consequently, there's a different romanization system - Yale. Yale isn't used in martial arts circles very much so this spelling is unrecognizable - taai gik kyun. This kyun is more like the Q sound, but don't let that confuse you.

Tai chi chuan is conventionally translated as 'Grand Ultimate Boxing.' 'Tai' means 'very, too, much; big; extreme' so 'grand' is viable. 'Chi' means 'very, too, much; big; extreme' but it is more about embracing both polarities. More on this next. 'Chuan' literally means 'fist' but when placed as a suffix character, it refers to a style or branch of Chinese martial arts. So tai chi chuan is by definition a martial art. When the chuan is omitted, as it so often is in the West, it becomes something else – a fundamental Daoist philosophy. However in the common tongue, it is often just used to refer to the martial art both in Chinese and English now.

Tai chi is the proper term for what we typically call the yin yang ☯. In the simplest of terms, first there was void, or wuji 無極. When something emerges from the void, a duality is born because now there's something and nothing. This is yin yang, or tai chi (taiji works better here because it is the same ji character as in wuji). Ji is also translated as 'ridgepole' but here, it's more like the polarities of that pole. These polarities are yin and yang, empty and full, light and dark, or whatever complimentary opposites form a whole. That is an interpretation of ☯.

The martial art of tai chi chuan is an expression of this Daoist cosmological view that applies the philosophy to self-defense. By strict interpretation, tai chi without the chuan is not the martial art. It's this Daoist concept. However, within popular western vernacular tai chi commonly refers to the practice now and only a fraction of practitioners understands the Daoist connotations. Tai chi alone garners 3,930,000,000 Google hits. Taiji sans quan gets 11,100,000 but this is confounded by the town of Taiji, Japan. Although small, Taiji attracted global criticism because it is a whaling town, and its annual dolphin hunt was reported in the 2009 Oscar-winning documentary The Cove. Search Taiji news and you'll get as much about dolphins as you will about push hands. 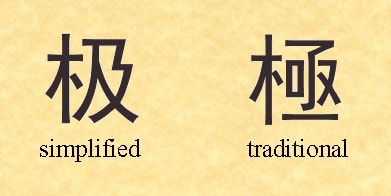 Even more confusing, there are now two ways to 'spell' tai chi in Chinese. In the 1950s and 60s, China simplified the characters to promote literacy. The characters for tai and chuan remain the same but chi was simplified. The traditional character is 極; the simplified is 极. Note that both characters retain the same radical – the four strokes on the left side of the character. Radicals are the building blocks of more complex characters. This radical is mu 木 which means 'tree'. This is likely connected to the root ridgepole meaning.

Some of the Chinese diaspora reject simplified characters because it was a communist rectification, but it did do a lot to increase literacy in modern China. Many communities that fled the communists like the Taiwanese staunchly adhere to traditional characters. However, like pinyin, the simplified is official, so this is what is used in academic, scientific, and political publications.

Perhaps someday, taiji will overtake tai chi in popular usage. Until that time, we must avoid being fixated, and perpetuate the practice no matter how it is spelled.

Editor's Note:  This article is in honor of World Tai Chi & Qigong Day celebrated worldwide on the last Saturday of April. 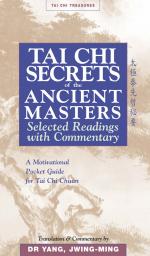 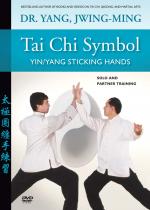 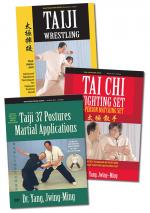