Why my Lianbuquan is Different from Yours | YMAA
Skip to main content
FREE Shipping Order Over $70. (US Only, Conditions apply)    |   Up to 40% Off. Exclusions apply.

Home >> Articles >> Why my Lianbuquan is Different from Yours 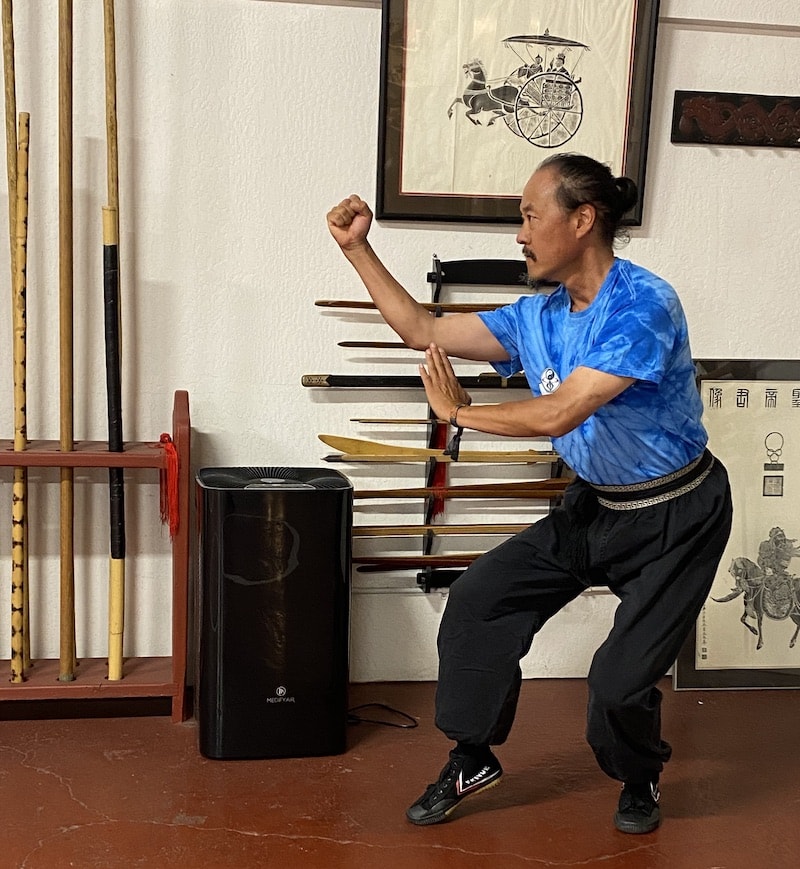 Why my Lianbuquan is Different from Yours

I am not part of the YMAA Shaolin lineage. Nevertheless, within the Shaolin system that I inherited; we begin with the basic form Lianbuquan too. Lianbuquan is a common beginning form across many different kung fu schools because it was propounded at the Central Guoshu Institute, established in during the Republic of China, and was perpetuated by the Jing Wu Athletic Association as a fundamental part of their curriculum. 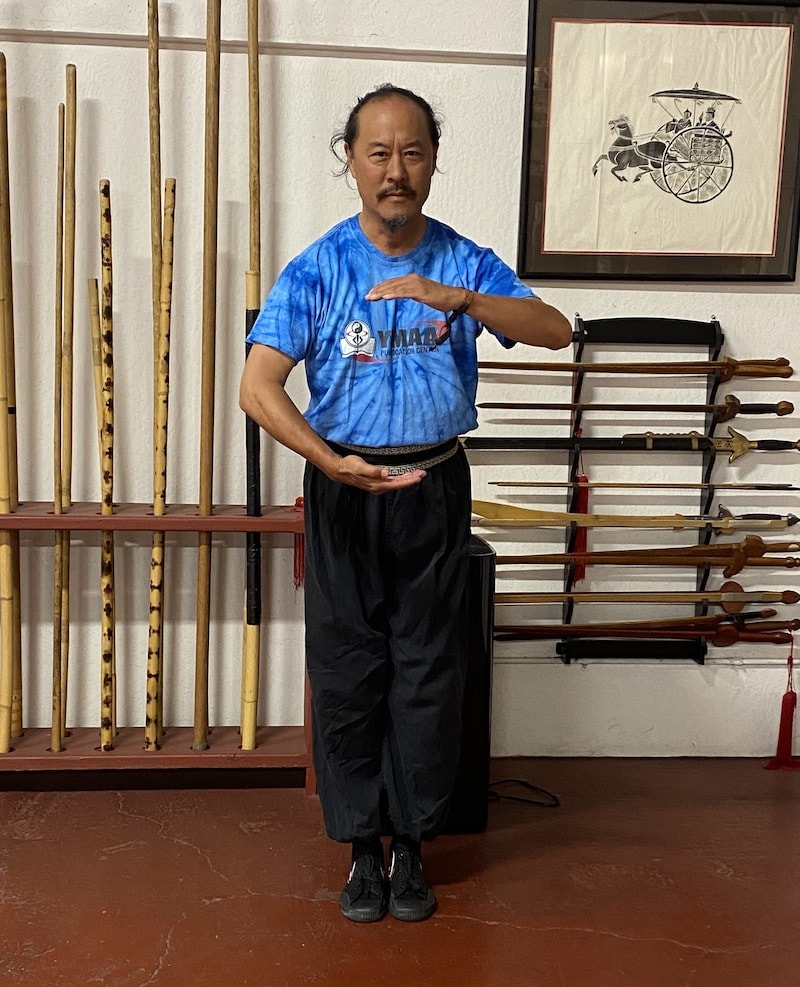 The Confluence – the Central Guoshu Institute

The Central Guoshu Institute was an influential cornerstone for many modern-day kung fu practices. Established by the government as an institution of national pride, guoshu means ‘national art,’ a term used for martial arts by the Kuomintang, which just goes to show how proud they were of it. Many schools trace their roots to the Institute. From here, our lineages diverge into separate streams.

Dr. Yang’s lineage descends from Grandmaster Han, Qing-Tang (韓慶堂), a second-generation martial artist who graduated from the Central Guoshu Institute. My kung fu lineage comes down from Grandmaster Gu, Ru-Zhang (顧汝章), one of the ‘Five Southbound Tigers’ who were sent to Guangdong to represent the Institute. When the communists took over, many Republic of China supporters immigrated to Taiwan, which is where Grandmaster Han’s student and Dr. Yang’s teacher, Grandmaster Li, Mao-Ching (李茂清) landed. Grandmaster Gu passed his teachings to a southerner, Grandmaster Yan, Shang-Wu (嚴尚武), or as I know him in the southern dialect of Cantonese, Yim Sheung Mo. Grandmaster Yan ended up in Hong Kong where my master, Lam, Kwong-Wing (林廣榮) learned from him.

The style passed down through my lineage is called (again by the Cantonese) Bak Sil Lum (北少林) or in Mandarin, Bei Shaolin (Northern Shaolin). Lianbuquan is called Lin Bo Kin (連步拳) in Cantonese. Lian means ‘continuous’ or ‘connected’ and bu means ‘step.’  Quan means ‘fist’ or a form of kung fu; it’s the same quan as in taijiquan.  Some YMAA materials label Lianbuquan as ‘Six Unifications Sequence’ but that is more of a teaching device than a literal translation of the title. Lianbuquan is a good form to introduce the six-unification concept for beginners. 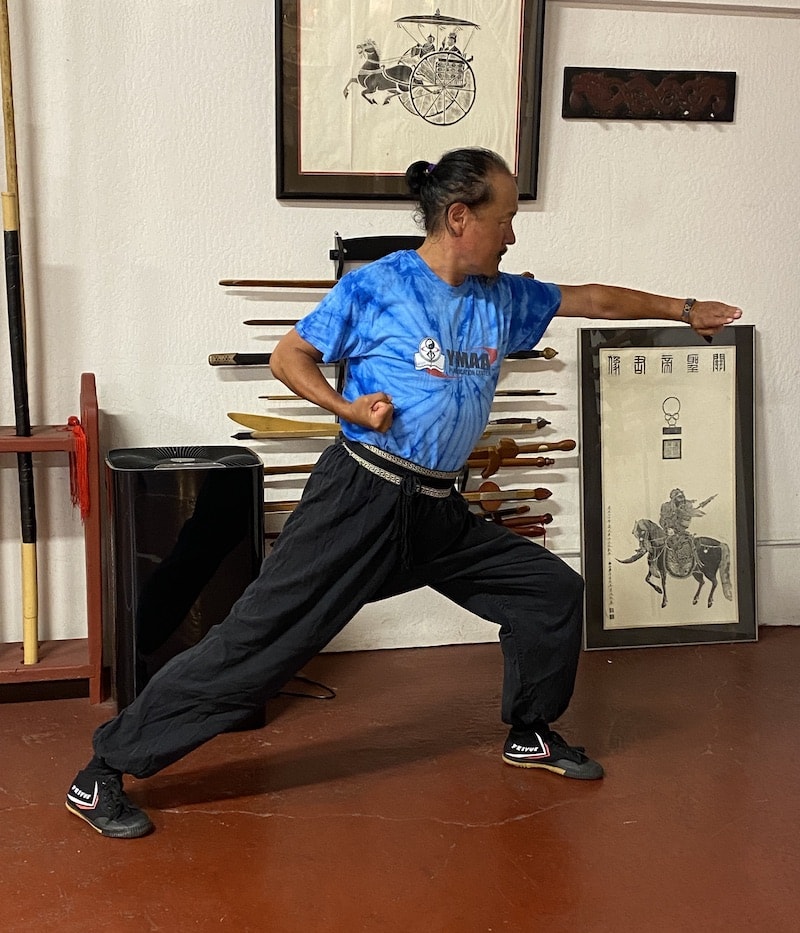 The Divergence – Taiwan versus Hong Kong

Given our mutual Institutional roots, it is unsurprising that we share some beginning forms. We also share Tan Tui. However, our interpretations of Lianbuquan are distinct. I can see where they map on to each other, and could pick apart the differences move by move, as I’m sure any YMAA pupil could do if they saw my version of Lianbuquan. In general, the YMAA version deploys longer stances and strikes, more akin to long fist. My Bak Sil Lum version is more compact, emphasizing power generation from horse stances over lunging bow stances. Perhaps that’s the influence of my master, who was also conversant in the southern style of Hung Gar (洪家), which is more compact and reliant on horse. This is an oversimplification of the differences, but it’ll serve for this discussion.

Which is right? Well, they both are. Multiple versions of the same form are not incompatible, just alternate interpretations. Northern mantis has basic form called Bengbuquan (崩步拳). One of my dear martial brothers, the late mantis master Eric Ishii, claimed he had collected some 50 different versions of Bengbuquan, and he kept them all because he felt each one had intrinsic value (he said he learned many more which he discarded because he deemed them redundant or ineffective). That’s one approach. I once had three different versions of Bengbuquan within my regimen, but I let go of two of them because they were too much to maintain.

However, Sifu Ishii’s global collection approach is advanced. For beginners – and remember the Lianbuquan is a beginning form – just stick to the version that your teacher is propounding as literally as possible. Don’t confound yourself with variations until you’ve got that initial form well under your belt. To step outside your school, you must first step inside of it. You must spend the time and effort to learn what is offered to build yourself a strong foundation. A strong foundation is critical in kung fu. For that foundation to be solid, it must be consistent.

The next time I cross paths with a YMAA proponent in person, perhaps we’ll do an exchange, strictly for the academic exercise. I’ve done these with other shared forms and it’s always illuminating, but keep in mind, I’ve known Lianbuquan for nearly 50 years now. 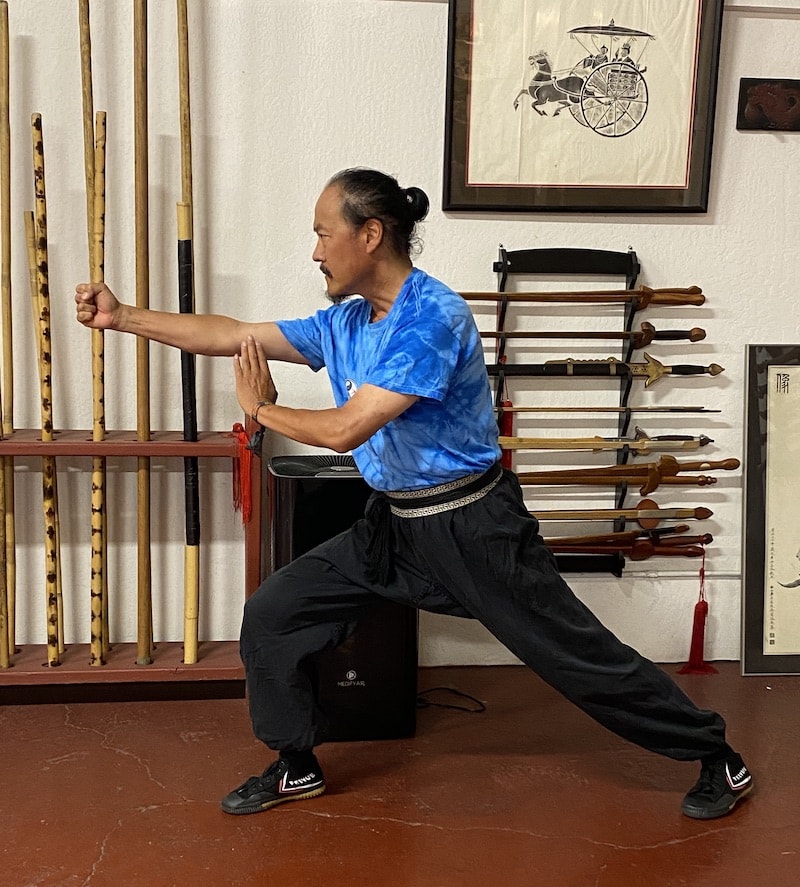 Sing a Song of Lianbuquan

At the same time, don’t be critical of variations just because they are different. The power of kung fu lies in its diversity. Forms are like songs. Take “All Along the Watchtower” – there’s Bob Dylan’s original version and Jimi Hendrix’s cover of it, which is very different, but both are completely valid. Both versions rock.

Forms have lyrics. More specifically, they are called quanpu (拳谱). That’s the same quan defined earlier. Pu literally means ‘musical score’ which is why I’ve always translated this as ‘lyrics.’ These are the poetic names for the movements like ‘snake creeps down’ and ‘white crane spreads its wings’. Just like the movements themselves, quanpu can vary from school to school. Even within my own Bak Sil Lum lineage, I’ve seen variations in the Lianbuquan quanpu. Some even have a different number of movements.

In Bruce Lee's iconic film Way of the Dragon, he explodes in the alley fight calling out his moves by their quanpu titles as he makes short work of his gangster adversaries, revealing his kung fu skills to his immigrant restaurant coworkers. "Number 4 - Dragon seeks path. Dragon whips his tail," exclaims Bruce between his devastating kicks and signature 'wataaahs'. It's a timeless scene and never has quanpu been showcased so gloriously in western cinema.

While I’ll never propound my way of doing Lianbuquan over YMAA’s way, I’m happy to share the Lianbuquan lyrics that were passed down to me here in hopes of expanded kung fu awareness. If you know the form, follow along. 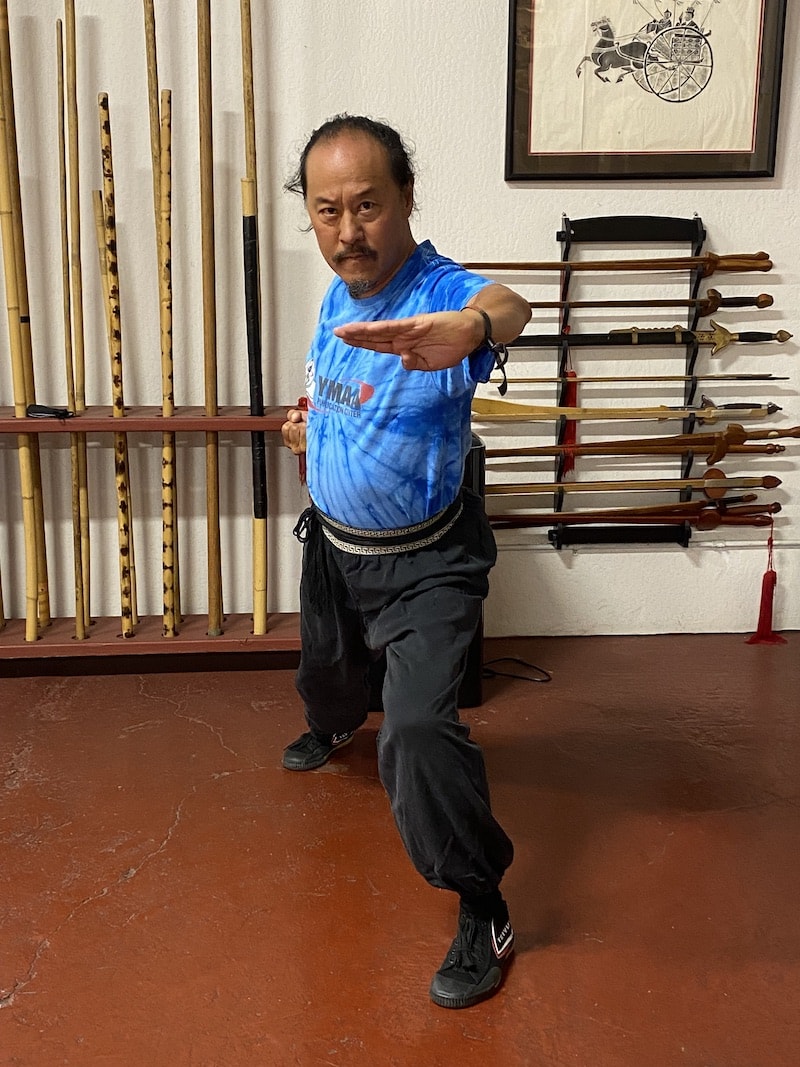 The above is an original article by Gene Ching, staff writer for YMAA Publication Center. 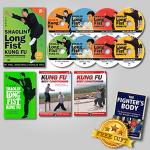