The Leg Scissors and Its Descendent: The Triangle | YMAA
Skip to main content
FREE Shipping Order Over $70. (US Only, Conditions apply)    |   Up to 40% Off. Exclusions apply.

Home >> Articles >> The Leg Scissors and Its Descendent: The Triangle 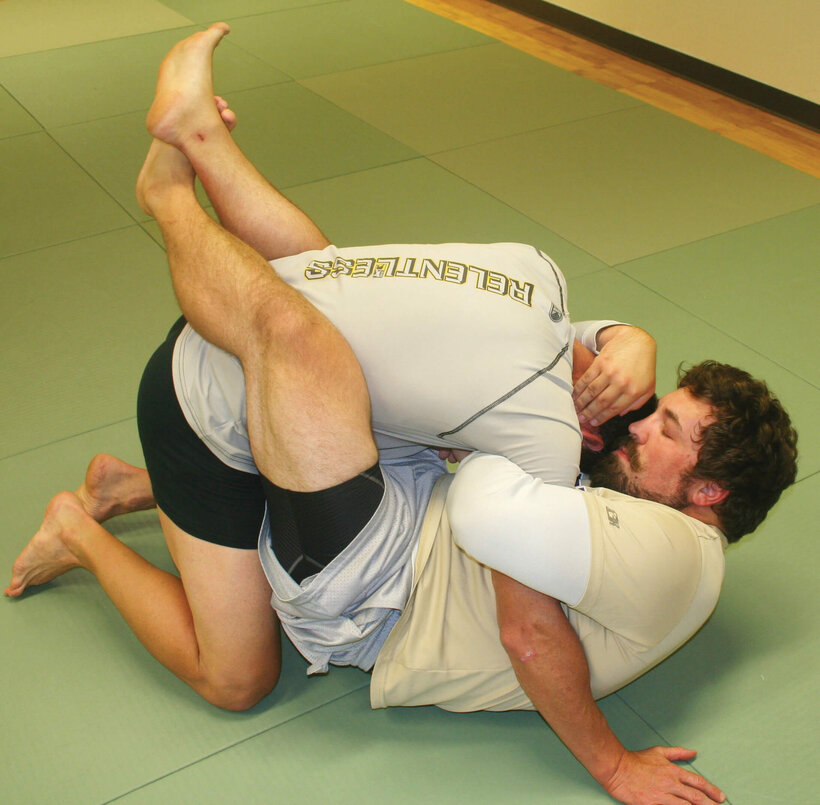 The Leg Scissors and Its Descendent: The Triangle

So, for the purposes of understanding how the triangle choke has evolved and how it will continue to develop, it’s best to say that it is an offspring with many parents come from many parts of the world.

Any fan of professional wrestling will recognize a scissors hold. This is probably the oldest form of applying pressure to an opponent’s head, neck, or body used in any style of grappling or wrestling. Some people (this author included) believe that the triangle hold with the legs is an offshoot of the original scissors hold with the legs and is the historical forerunner of the triangle hold or choke. It’s also interesting to note that in just about any style of wrestling from any culture around the world, the scissors hold has been used for centuries.

Technically, when a grappler or wrestler wraps his legs around any part of his opponent’s body or head, hooks his ankles or lower legs together, and then applies pressure by squeezing or constricting (or even simply holding the opponent without applying pressure), that is a “scissors.” An adaptation of the scissors hold is the subject of my book, the triangle. When the attacker uses his feet and legs to form a triangle or “figure four” around any part of his opponent’s body or head and then control or apply pressure (or simply to hold the opponent), that is a “triangle.” Generally, a triangle hold is more effective in both applying pressure and controlling an opponent, but a scissors hold can be effective as well, depending on the circumstances, rules of the match or fight, and the circumstances.

As with the triangle, a scissors can be used to apply pressure to an opponent’s head or neck as well as his body so that he submits from the pressure. A scissors hold can also be used to control an opponent so that the attacker can apply some other type of submission or finishing hold or technique. 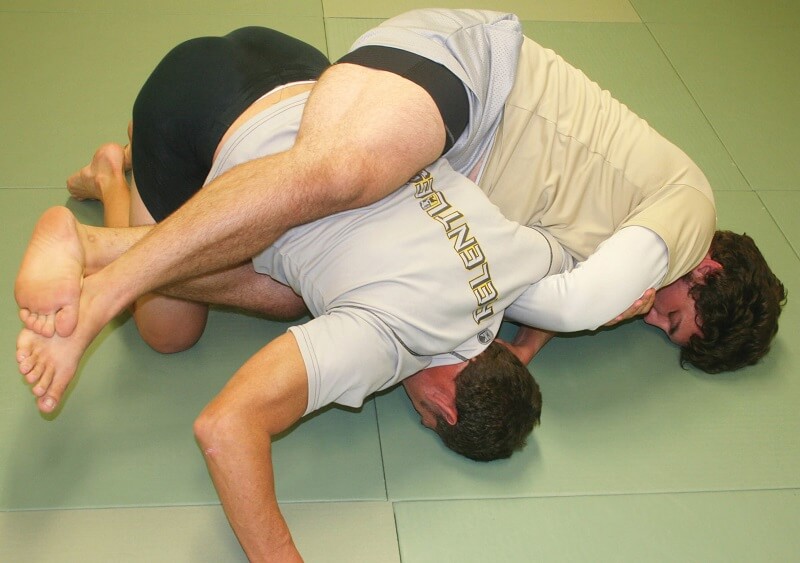 This brings up the subject of the concept of “shime waza” (constricting or squeezing techniques) as developed by the early exponents of Kodokan judo. The idea behind shime waza was for the attacker to use any part of his body or appendages (as well as any part of his clothing such as a judogi) to apply so much pressure to an opponent that the opponent would either submit or go unconscious. Any part of the opponent’s body was fair game, but eventually the rules of the sport of judo limited these attacks to the neck and throat of the opponent. Such moves as “dojime” (literally meaning, “body squeezing”) were eventually prohibited and, through the years, the concept of shime waza was interpreted to mean “strangling techniques “or any attack directed at an opponent’s throat.

While the Japanese have been credited with the early development of the triangle hold or choke, the triangle also has historical roots in the Western style catch-as- catch-can wrestling that developed in Europe and the United States. When professional wrestling was a legitimate sport, using the legs to squeeze an opponent into submission was a popular way to end a match. The figure-four hold was a well-developed wrestling move that was used to control and apply pressure to the head, neck, body, arms, legs, and any body part that could be manipulated by an attacker’s legs. Just as the Japanese developed the “triangle,” the exponents of Western catch wrestling (and later amateur and freestyle wrestling) developed the figure-four hold within the confines of the rules of the wrestling where it was used. While the Japanese included choking techniques, the catch wrestlers of Europe and the United States used this move more as a headlock or neck pressure technique since “strangling” an opponent was against the rules in catch wrestling (although “sleeper holds” and other strangles were used extensively as well). Ed “Strangler” Lewis (among other prominent professional wrestlers) used the sleeper hold and figure-four headlock with great success in the early 1900s.

Development of the Triangle Choke Hold

While we owe a debt of gratitude to the early catch wrestlers for their development of the figure four as a headlock, it was the Japanese Kodokan and Kosen judo exponents and later, the Brazilian jiu-jitsu exponents who developed and refined the strangling technique that we now recognize as the triangle choke.

As Kodokan judo spread throughout the world during the course of the twentieth century and as Brazilian jiu-jitsu developed as an offshoot of Kodokan judo and would go on to become a recognized sport in its own right, a new fighting sport evolved from a number of different sources: mixed martial arts. Mixed martial arts (MMA) developed as a unique and distinct fighting sport, gaining huge popularity in the last decade of the twentieth century. Along with the technical innovations seen in MMA, a variety of submission grappling and submission wrestling styles emerged as well. All of this intense and eclectic interest in grappling and fighting sports has led to a wealth of innovative skills and training methods. If there was ever a “purist” point of view concerning the fighting sports or disciplines, it’s sure not the case now. Because of this, there is an emphasis on functional and practical technical skills, and the development of the triangle choke has come from many different sources.

From the early development of sankaku jime in Kodokan and Kosen judo, to the contributions of the Brazilian jiu-jitsu exponents, the early professional wrestlers in catch-as-catch-can wrestling, and a diverse group of grapplers and fighters in the late twentieth and early twenty-first centuries, the triangle choke has evolved as one of the most popular techniques in any fighting sport.

So, for the purposes of understanding how the triangle choke has evolved and how it will continue to develop, it’s best to say that it is an offspring with many parents from many parts of the world. This author hopes that this book, The Triangle Hold Encyclopedia, will serve as a positive addition to the technical development of the triangle choke.

Efficiency is one of the primary characteristics of success. An effective move is an effective move no matter what it is called, who invented it, or in what fighting sport it is used. The triangle choke proves this point.

In the competitive world of fighting sports, the skills that work and work with a high ratio of success stand the test of time. Efficiency in executing skills is dependent on two other factors: (1) a willingness to fight and take the risks that are part of it and (2) the fitness necessary to execute skills at a high level.

As with my other books, I’ll kick myself for neglecting to include something after seeing my, The Triangle Hold Encyclopedia, book in print, so with that in mind, allow me to apologize for not including more. But hopefully the skills that have been presented on these pages will stimulate further thought and innovation on the part of every reader.

It’s always been my belief that authors’ words speak to us from the pages of books for many years. Our favorite authors continue to speak to us even though they may be deceased. Their written words speak to us as long as we continue to read them. And as we grow and improve in our appreciation for a given subject, we gain new insight as we read and reread what has been written. It is my hope as an author that every reader will gain something worthwhile each time, he or she reads what I have written.

The above is an excerpt from The Triangle Hold Encyclopedia, by Steve Scott, Publication Date May 2022, YMAA Publication Center, ISBN 9781594396496. 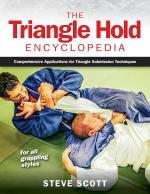 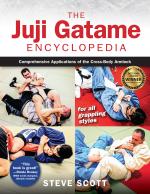