Japanization of Okinawan Karate to Create Cultural Homogeneity within the Nation of Japan | YMAA
Skip to main content
FREE Shipping Order Over $70. (US Only, Conditions apply)    |   Up to 20% Off. Exclusions apply. 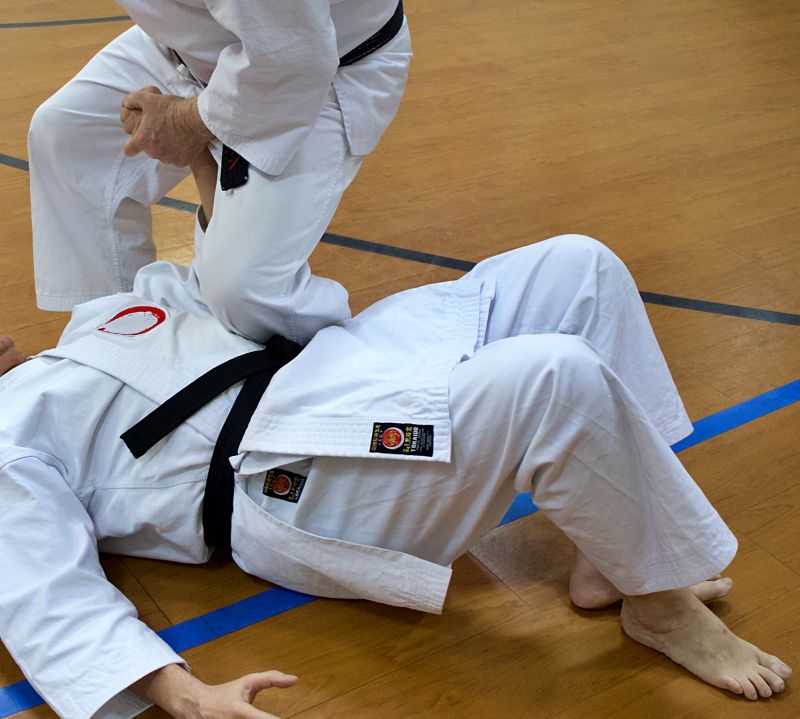 Because Karate is such an essential pillar of an autonomous Okinawan subculture, its Japanization from Karate-Jutsu into Karate-Do became the mainland’s priority not just for militaristic purposes, but also to create cultural homogeneity across the nation.

There Is No “Traditional Japanese Karate”—Only a Traditional Okinawan One

Okinawa is the birthplace of Karate. Claiming it as a Japanese martial art — though correct in terms of its governmental sphere — is incorrect in terms of subcultural heritage, it denies proper credit to the region that created and perpetuated the art, and it challenges sub-cultural identity.

Though historic documents about the origin of Karate do not exist, the generally accepted theory is that for many centuries there had been the indigenous fighting method “Te” on Okinawa, later renamed into “Kara-Te”, peculiar to Okinawa in its origins, and as genuine as it can be.

Compared to almost 1,000 years of Te, Japanese Karate-Do with less than a hundred years of existence is a relative new development. Hence, there is no “traditional Japanese Karate”, only a traditional Okinawan one. The art of Karate was unknown on the mainland for centuries and was honed to perfection on Okinawa, independently from mainland Japan's samurai and budo-tradition. Only in the 1920s, the mainland engrossed the art and "Japanized" it as disarmed Karate-Do with its new purpose of health-related self-perfection.

At this point we need to correct the confusion because of today’s undifferentiated use of the same term "Karate" for the art's fundamentally different variations, which suggests that Karate is just Karate. In all other Japanese martial arts, we see different labels for their initial martial use and for their modern derivatives. E.g., there is the term Ju-Jutsu, for the original combat version used by samurai, and there is the term Judo for Ju-Jutsu's modern sports variation. However, we do not see different terms in today's Karate; instead, the same term is used for its three variations, suggesting unalike versions of the art being alike, which is not the case.

To clearly distinguish those three significantly different Karate types we use the three different terms of:

The specific role and purpose of a lethal empty-hand martial art serving as a part of a warrior's education in ancient mainland Japan was Bujutsu, known as Jujutsu, and Karate was essentially unknown on mainland Japan for centuries until the early 1920s.

However, Japan, the "Karate-reproducing" country is — and used to be — the superior political power governing the "Karate-inventing" and culturally different region Okinawa. The sociological/social borders of cultures, subcultures, and their unique symbols, cultural assets, and heritage, do not necessarily match the political borders of governments, and until today the Okinawans have not 100 percent assimilated into Japanese society. A dichotomy of culture and citizenship remains, and nothing indicates that it will disappear in the future. This means that an Okinawan subcultural heritage and symbol does not necessarily represent the overarching culture of the nation ― or, in other words, the subcultural symbol Karate may “from the outside” be incorrectly interpreted as a national Japanese cultural symbol, which it is not.

Misconception of a Sub-Cultural Symbol as a National Symbol

There are many examples for comparable misconceptions of cultural symbols. For instance, the folk festival “Oktoberfest” is almost everywhere in the word believed to be a German cultural symbol. However, it is not a cultural symbol of Germany, it is a Bavarian subcultural symbol and part of that region’s cultural heritage.

Hence, though being German in terms of today’s governmental and political sphere, the two-hundred-plus-year-old Oktoberfest is a Bavarian sub-cultural intangible heritage, including all its genuine Bavarian — often imprecisely called “German” — components of “Lederhosen” and “Dirndl” costumes, brass- and folk-music, and traditional Bavarian beer and food.

Accordingly, we find Okinawan intangible subcultural heritage within the governmental and political sphere of the Japanese nation as Ryukyu-specific rituals, as oral traditions, in the performing arts, as traditional believe systems, and as other symbols of indigenous subcultural origin, including Karate. Many of these subcultural symbols, e.g., the famous drum dance Eisa, were left untouched by Japan, however, the situation with akin famous Karate is different.

It is well researched how Karate became part of Budo and of Japan’s strategies to support its pre-war nationalistic aggressiveness, to establish its concept of militaristic superiority. However, the specific social mechanism used to integrate Karate into the mainland’s martial arts tradition is less researched, and this article intends to shed some light on that topic.

Japan’s culture and state canon of a millennia old Confucian thought system explains the elimination of many subcultural peculiarities and the flattening of major differences between the culture of the mainland and the one of its provinces. In socio-cultural terms it seems unimaginable for the governing Japanese mainland to allow an independent and different sub-culture like the Okinawan one being untouched.

Hence, because Karate-Jutsu is such an important and essential pillar of an autonomous Okinawan subculture, Japanizing it into Karate-Do became a priority not just for militaristic purposes, but also to create some kind of cultural homogeneity across the nation.

Reciprocal, Okinawans became used to combine different cultures during the hundreds of years when they maintained tributary relations in a dual subordination with Japan as well as with the Chinese court. Consequently, Okinawans adapted and integrated relevant aspects of the Japanese culture into their own.

Hence, though indicators of a dichotomy of culture and citizenship can be observed on Okinawa, a large group of Okinawans back then as well as today want to be both, Japanese and Okinawan. In many aspects of daily life this cannot be amalgamated and results in an overwhelming impression of Okinawa representing a basically Japanese culture. Okinawans are subject to the same education, state canon, and mindset that originated on the mainland. This mindset represents, beyond all dichotomy of culture and citizenship, a prevalent culture of conformity, including its components of not questioning authority, of adhering to longstanding protocol, and to the use of an imitative social mechanism, the senpai/kohai system.

This imitative social mechanism embodies a specific Japanese approach to implement and to preserve long-standing traditions, practices, and routines in the social system of Japan. Senpai-kohai relations are informal (sometimes formal) hierarchical interpersonal relationship of seniority in administrations, associations, clubs, businesses, schools, and other social institutions, including families, neighborhoods, and social gatherings. The senpai’s obligation is to care for the kohai, to give directions, to set the tone, to personify an ethical, professional, and behavioral benchmark. A senpai is not questioned in authority and provides comprehensive guidance and advice benefitting the organization as well as the kohai. The kohai’s reciprocal obligation is to follow the senpai, to learn, to imitate, and to develop matching skills and abilities. This social process leads to the assumed identity of individual goals between all parties involved.

It is quite obvious how such a social mechanism perpetuates the status quo, and, on the other hand, uplifts seniority into a status of unquestioned authority.

Applying this senpai-kohai concept to martial arts, Japan has from antiquity viewed its martial traditions uniquely, elevated warrior skills to the level of art, and undergirded these skills with meditative-philosophical systems. Consequently, the cultural mindset of mainland Japan’s martial arts and political officials seems to be that, because of the nation’s millennia-old, sophisticated and distinguished bujutsu, its bushido, and its noble samurai tradition, this very tradition establishes pure senpai seniority, even superiority, in martial arts per se — consequently leading to the allegation of only mainland Japan’s budo arts representing all Japanese martial arts adequately, including the Japanized versions from occupied territories.

Since traditional Okinawan Karate-Jutsu was considered rural, backwards oriented, and socially acceptable only after its conversion into its Japanized Karate-Do form, the art underwent a revision that distinguishes Japanese Karate-Do considerably from its Okinawan Karate-Jutsu origin. This change cumulates as a change of purpose from self-protection into self-perfection. Karate-Do became a recreational and meditative activity in terms of health, spiritualism, and character development during a couple of decades of cultural integration which eliminated most of the lethal Karate-Jutsu combat applications.

This article contains one aspect of Dr. Bayer’s speech at the International Conference of Martial Arts Studies in Lausanne/Switzerland on July 1, 2022, based on his two books 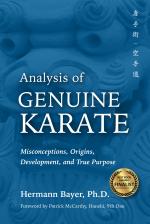