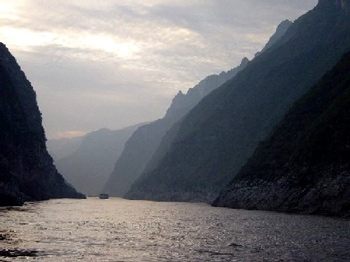 This epic historical fiction novel, A Sudden Dawn, opens in A.D. 507 with a young Indian man named Sardili, born of the warrior caste. Sardili gives up a promising future as a soldier to become a monk and seek enlightenment.

This epic historical fiction novel, A Sudden Dawn, opens in A.D. 507 with a young Indian man named Sardili, born of the warrior caste. Sardili gives up a promising future as a soldier to become a monk and seek enlightenment. Ordained as a master with the title of Bodhidharma in India, (known as Da Mo in China,) he is sent on the mission of a lifetime to meet with the Chinese Emperor and promote Buddhism in China. On the banks of the Yangtze, he meets a young Chinese fugitive disguised as a monk, and helps him escape capture. Pursued by soldiers, they travel east towards the capital Nanjing. Along the way, an unlikely bond begins to form between the monk and the fugitive. The monk, Brother Ko, learns The Way from Da Mo. Upon arrival at Nanjing, the Emperor Wu sends Da Mo to run a remote monastery called Shaolin. Here Da Mo establishes the Shaolin Temple, which becomes the birthplace of Zen and martial arts.

“Let me begin by introducing you to someone important,” the captain said as Da Mo and Ko came aboard. He led them to the woman carved on the prow. “This is the Goddess Yao Chi. The ship is named after her.”

Above the gentle face and coiled hair sat a crown of red, green, and gold. A little of the paint had peeled away, no match for the harsh conditions of the river, revealing many layers beneath. The head had been valiantly restored and repainted many times.
Below the Goddess were more heads of women, although smaller, and beneath them all, a dragon whose serpentine body trailed away below the waterline. The hull was marked with deep gashes, as if the boat had been attacked by a great beast.

“The other women are her eleven handmaidens,” the captain explained. “In ancient times, they helped Yao Chi to quell twelve angry dragons that lived in these mountains and caused havoc with the river. When their battle was won, they turned themselves into twelve mountains to guide boats safely down the river. They can be seen at the Wu Gorge. It is one of the most beautiful stretches of the Yangtze.

The captain turned to Da Mo. “Tell me what do you make of our Goddess, Master Da Mo?”

“She sounds like a Goddess of great compassion,” Da Mo said with a smile.

“She has not failed me yet,” the captain said seriously. “Do you have such gods in your religion?”

“We have Bodhisattva saints to guide and protect us,” Da Mo answered.

“Powerful enough to get me here from India,” Da Mo said.

“Though not so safely, eh?” the captain said mischievously.

Da Mo did not answer. He had no stomach for such a debate, not after what had happened to his disciples, and the captain did not seem to mind. “Come, let’s eat,” he said, “and you can tell me more about your religion. Buddhism has become very popular in China recently, although I don’t know why. We already have our own beliefs, which are the best in the world.”

They climbed out onto the raised upper deck at the rear of the boat and sat on low benches outside the captain’s cabin. He filled three cups with crude rice wine and handed them around without enquiring whether they drank.

“Our chef is in town tonight along with the rest of the crew. You’ll have to put up with my cooking,” the captain said, pulling a stool between his knees and gutting a fish expertly in two quick cuts. “So, Master Da Mo, you’re traveling to Nanjing to see the emperor? Do you think he will see you?”

“I have heard he is a keen follower of Buddhism, so I hope he will,” Da Mo answered.

“Why the emperor should need anything more than The Analects is a mystery to me,” the captain said. “They maintain order. Order is the most important thing in a country like ours.”

“You mean The Analects of Confucius,” Da Mo said.

“Yes, you know of our great sage?”

“I heard about him from a Chinese scholar whom I met in India.”

“What is your opinion of him?”

“Unfortunately, there are no records of his works in India, but I intend to study his writings while I am here.”

“That is unusual,” the captain said with a grin, “for a priest to be interested in doctrines other than his own.”

“The wisdom of the sages is rarely so different, once you see past the different words used to convey it.”

“Maybe so, but their followers rarely look that far. Look at the Taoists these days, wasting their time trying to be immortal. Life is hard enough without prolonging the misery, don’t you agree? Now the Buddhists come along offering an end to suffering. Don’t they know there can be no end to suffering? Haven’t they seen what people do to each other?

The captain lit his stove and heated oil in a blackened pan before continuing, “There are brigands and pirates on this river who would gut you like a fish just for the pleasure. Perhaps monks in remote monasteries are unaware of the cruelty that goes on in the world?”

“We are fully aware of it,” Da Mo answered, “but The Buddha spoke of the suffering of the mind rather than the body, which is the cause of much pain in the world. He told us that suffering comes from fears and cravings, which make us lose our real minds. When one fear is overcome, a new one takes its place. When one desire is fulfilled, another fills us with new longing. The way of The Buddha is to desire nothing, and fear nothing. That is true peace.”

“No offense, but that’s nonsense,” the captain said cheerfully, sprinkling his fish with hot spices, much to Da Mo’s delight. “It’s natural for us to seek certain things and fear other things. It helps us to survive. If we didn’t hunt animals and cultivate land and desire women, what would happen? We’d all be dead! There’d be no food. No children. No future. To stop seeking would be to give up on life.”

He took three bowls and shared out the sizzling fish, then refilled their cups with wine. “Even fear is important. It teaches us to respect danger and keeps us alive.”

“True, Captain, but there is a subtle difference,” Da Mo said, warming to the debate at last. “The wise man still acts with purpose; he is simply not blind to what makes him act. His actions are not governed by emotion, but rather by truth.”

“What difference does that make in practice?”

“He acts in accordance with his true nature, rather than the twisted imaginings of his mind. Such a person is called a Buddha and lives each moment in bliss. He does not cling to comforts that cannot last. He does not run from difficulties that must be faced. He does not hope to live forever, but rather to live each moment to the fullest. This way he escapes the torment of The Wheel.”

“The endless cycle of birth and death.”

“I have yet to meet such a man who does not fear death,” the captain frowned.

“The Way is difficult. Those who tread its path must practice diligently for many years to strengthen their resolve.”

The captain turned to Ko. “It seems your master expects a great deal of you, young man. You have many battles ahead.”

“I believe so,” Ko said with all the sincerity he could muster.

“Of course you do!” the captain said, suddenly filled with good humor. “Practice hard, young man. You have a chance to escape The Wheel. Take it! It’s too late for me. I’m destined to continue in this hellish life on the river.” He laughed and refilled their cups.

“Now listen, Nanjing is many days from here. I have made the journey many times and let me tell you, it’s long and dangerous. You can’t do it in a sampan. We sail for Wuhan in the morning with a full cargo to trade. You can travel with us, if you wish. It will give you a chance to persuade me of your arguments, but I don’t think you’ll succeed.”

Da Mo accepted gratefully, and they remained talking with the captain until the sky began to lighten and Ko found himself swaying with tiredness. Only when Da Mo rose did Ko retire to his bunk to be lulled to sleep by the gentle rise and fall of the river.

They were awakened early by heavy footsteps overhead and the curses of men who had drunk a lot and slept little. Soon the gentle rocking of the waves gave way to a more persistent shuddering and the boat’s timbers began to creak and groan. They emerged on deck to see the port already disappearing upriver. The captain had lost his good humor from the night before and was shouting furiously at the pale-faced crew. Da Mo and Ko kept out of the way of the sailors and watched the riverbank go by.

For the first time in months, Da Mo had some time to himself and decided to attend to the knotted muscles in his back and legs, and the shoulder he had wrenched in his flight down the river. He found a quiet area of the deck, bathed in warm sunshine, and began to stretch his tired limbs. Ko watched from a distance. The Indian’s flexibility was astonishing, like that of a young child, and when he had finished, he sat cross-legged and placed his feet in his lap to meditate. Ko wondered if the Indian really could control his own mind. He sat beside him and watched the bleak scenery go past.

“I have a question,” he said finally.

“Ask it,” Da Mo said without shifting his gaze.

“I’m not talking about fighting. I wish to learn your Way, as you teach it.”

Bodhidharma turned and looked into his eyes, and not for the first time, Ko felt him looking directly into his soul. He fought to hold Da Mo’s fierce gaze.

Da Mo looked away and returned to his meditation.

“How shall I begin?” Ko asked, delighted that at least this time, Da Mo had not refused.

“What is the first step?”

“You have already taken it.”

“Then what is the second step?” Ko asked eagerly.

“Shut your mouth and open your eyes,” Da Mo said. “Watch the river go by without missing a single thing and you will be following The Way most perfectly.”