An Introduction to Force Decisions | YMAA
Skip to main content
FREE Shipping Order Over $70. (US Only, Conditions apply)    |   Up to 20% Off. Exclusions apply. 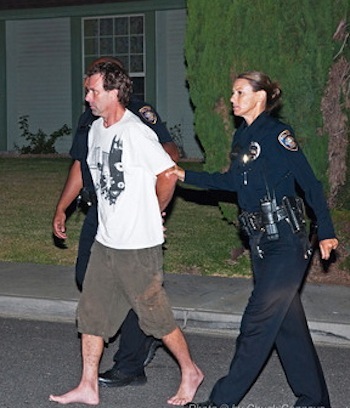 An Introduction to Force Decisions

Each day, media outlets all over the country describe events where officers use force. Often, the reporters and the citizens question the need for force at all or whether the type and amount of force used was really necessary. Citizens worry that their protectors— with badges, guns, clubs and Tasers— are caught up in the rush of power, or perhaps giving vent to anger or bigotry.

The officers are frustrated too. Specialists in dealing with a world that is sometimes very dark and very violent, they feel scrutinized. They feel as if their actions are constantly under a microscope, judged by a populace without any experience or training in a very specialized field.

In this book, I want to show you how officers think about force, not only how we are trained to think of it, but also how experience shapes our beliefs and attitudes. If you are one of the people who believe that officers are thugs and question each and every use of force, I don’t want to change you.

Let me say that again: I don’t want to change you. Sometimes my job requires me to use force on behalf of society, on your behalf. That force should be subject to your scrutiny. What I do want, if you have objections, is to have those objections based on facts and not emotion. Most people will have a negative reaction to any violence, and some problems (from child- raising to the boardroom to politics and medicine and . . .) simply don’t have an answer that makes everyone comfortable.

You know what you saw or read. You know how that made you feel. The final data that you need to back up your reasonable objections are knowledge of the rules— to understand thoroughly the legal and policy limits as well as the tactical considerations that the professionals understand.

The truth, however, is harsh. It is this: The only defense against evil, violent people is good people who are more skilled at violence.

The only defense against evil, violent people is good people who are more skilled at violence.

Throughout history, civilized people faced with people willing to use violence to attain their goals have tried a number of strategies.

Appeasement has failed. The hope that Hitler would be satisfied with Poland and Czechoslovakia only gave him more time to prepare. Bribery has failed, and paying- off terrorists to prevent terrorism has been no more effective than Danegeld— money paid to Vikings to stop plundering. Reason and logic could not prevent the Khmer Rouge from killing every educated person in Cambodia. Simply being a good person couldn’t dissuade the Inquisition.

Not really. Without a relatively free press, a lot of publicity, and an opponent who needed support (both from voters and from trading partners), Gandhi would have quietly disappeared. Where were the Gandhis of Pol Pot’s Cambodia, Stalin’s Russia, or Ceasescu’s Romania? Prague Spring, an attempt by the Czechs to create “socialism with a human face” was ruthlessly crushed by the soviets.

The ideal of peaceful resistance only works when backed by the big guns of public opinion and economics, and only then if those two things matter to the person or institution that one is trying to change. This is a hard truth: In a truly totalitarian environment the authorities cannot only kill, but they have control over who finds out about it (communications and the media) and have control over the means to respond (control of economics, the vote and/or personal weapons). When these factors come together the populace is helpless, and the tactics of peaceful resistance result in death, torture, and the disappearance of family members.

This is the world: The wolf pack tears at a caribou, slashing at hamstrings, tearing out guts. Raw, primal violence. The caribou will run if it can, but if it can’t, it will respond as best it can with violence of its own, kicking and goring the pack.

A cat toys with a mouse. The mouse may bite you if you try to save it.

Some predators stalk, some run in packs, some lie in ambush. All predators use violence as a strategy, the easiest and safest way to access a resource that they need or want.

Human predators are the same.

If a person can do so safely, it is easier to steal food than to grow it. It is easier to beat the weak into submission than to earn their respect. It is far easier to rape and abandon a woman than it is to raise children. All provided it can be done safely. Society, or someone acting on behalf of society, must make that kind of behavior unsafe.

A peaceful individual is ill-prepared to deal with a violent human being. The tactics of the courtroom, the boardroom, or the mediator simply don’t work on someone who wants something and has no problem injuring someone to take it. A peaceful society compounds this by allowing the peaceful individuals to believe that their worldview is normal. It is a beautiful ideal but for most of human history, and in many places now, and even within individuals in the most civilized of societies, it doesn’t hold true. There are people for whom violence is a natural way to get what they want.

Civilized people must come to terms with the fact that only force, or the credible threat of force, could stop a Hitler, a Pol Pot, or a John Dillinger.

It’s often been said, “Violence never solved anything.” The simple truth is that when you are slammed up against the wall and the knife is at your throat, when a circle of teenagers is kicking you as you curl into a ball on the sidewalk, or when the man walks into your office building or school with a pair of guns and starts shooting, only violence, or the reasonable threat of violence, is going to save your life. In the extreme moment, only force can stop force.

In the extreme moment, only force can stop force.

That’s the truth, and in it lies the first problem:

Given that only violence can stop violence, and given that a modern, affluent, egalitarian society requires a certain amount of peace and trust to operate, who will be responsible for wielding this violence-stopping violence?

In caste systems throughout the world, there is a warrior caste with the power to make war externally and visit justice internally. In European history, the nobility of the medieval period were professional fighters responsible both for war abroad and for justice on their own lands.

There were problems inherent in this model. What we consider an “abuse of power” had no meaning to the medieval mind. The lord had the power and could use it as he saw fit. Only a more powerful lord could intervene and only as far as he felt the force available to him would carry the day.

Modern societies have been forced to work with both the fact that force is sometimes necessary and the social belief that force is inherently wrong—the “last resort of the ignorant.” The modern solution has been to create professions, soldiers and police, authorized to use force in the name of and for the benefit of society as a whole.

Looked at shallowly, this seems to present a paradox. If a John Wayne Gacy or Jeffrey Dahmer (serial killers and rapists, and Dahmer a cannibal) handcuffs someone and takes them against their will to another place, it is kidnapping. When an officer does it, it is an arrest. When a citizen shoots another citizen, it is usually murder. When an officer shoots someone, it is closely scrutinized, but it is usually an “incident,” not a crime.

The analogy doesn’t hold true all the time. Most of the time, officers are expected to act like citizens—follow traffick laws, respect other people’s property, and not randomly blaze away with their handguns.

Referees in any sport are not and cannot be held to the same standards as the players. They have to do things players aren’t supposed to do, such as confront other players and sometimes eject them from the game.

When you do need officers to respond, it is because the social rules, the way most of us agree things should be, are being ignored. Someone has decided to act the way he wants to instead of the way he should. It is unlikely that the social corrections will work when people are already off the social map.