The Contents of Baguazhang Training (Baguazhang - Part 2) | YMAA
Skip to main content
FREE Shipping Order Over $70. (US Only, Conditions apply)    |   Up to 40% Off. Exclusions apply. 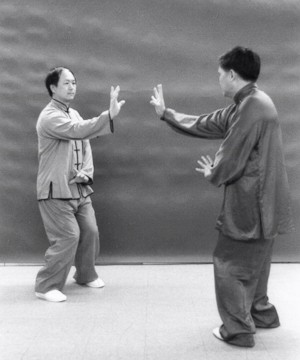 We can see from the available documents that Baguazhang covers a very wide field of training. It includes not only barehand techniques, but also many weapons.

We can see from the available documents that Baguazhang covers a very wide field of training. It includes not only barehand techniques, but also many weapons. Even for the Baguazhang developed only in Emei Mountain, there are more than fifteen different barehand routines and many different weapon training routines.

Excluding the barehand routines, and in addition to the four basic weapons: saber, sword, staff, and spear, Baguazhang also uses other weapons such as Spring Autumn Long-Handle Saber, Hook-Sword, Deer Hook Sword, and crutch. Among them, “Deer Hook Sword” (Lu Jiao Dao, is a special and unique weapon to Baguazhang. “Deer Hook Sword” is thus named because they are shaped like deer’s antlers. They are also called the “Zi Wu Yuan Yang Yue” (Zi Wu Mandarin Duck Axe). Zi and Wu are two of the twelve Celestial Stems which represent midnight and noon. Zi also represents the extreme Yin of the day while Wu represents the extreme Yang. The two weapons are used together-like a pair of Mandarin ducks, they are inseparable. Another name for these weapons is “Ri Yue Qian Kun Jian” (Sun Moon Qian Kun Sword). The sun and Qian represent Yang, while the moon and Kun represent Yin.

In this article we will list the various versions of sequences or practice routines for both bare hands and weapons which the authors could find in the available documents. It is impossible to include all in this short article, so for information purposes, we will list some of the available Baguazhang barehand sequences or routines which have developed only at Emei Mountain. From this list, you will see how wide and great Baguazhang has become in China.

Next, we would like to introduce some of the barehand Baguazhang sequences which are practiced in Emei Baguazhang styles.

The above is only a partial list of the barehand Emei Baguazhang and it does not even include the sequences and training methods of all of the various weapons. Furthermore, there are many other sequences, techniques, and training methods which have not yet been discovered. Chinese “Yin-Yang Bagua” philosophy is very deep and profound. Baguazhang, as an internal martial art, originated from this philosophy and is equally deep and profound. Therefore, it is literally impossible for an individual to learn all forms or styles of Baguazhang in one lifetime, nor is it possible to introduce all of Baguazhang in a single book. What we do hope to contribute (to the best of our ability) is an introduction to this philosophy, theory and practice. 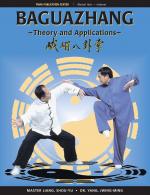 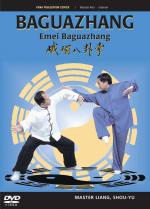 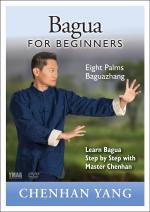 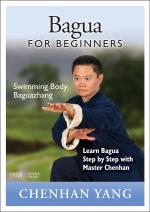