Balance Between Work and Rest | YMAA
Skip to main content
FREE Shipping Order Over $70. (US Only, Conditions apply)    |   Up to 40% Off. Exclusions apply. 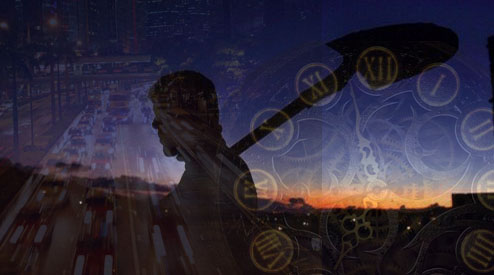 Balance Between Work and Rest

Throughout history mankind has had to work and struggle against nature in order to survive. In doing so, however, one must work within the limits of his or her tolerance and must rest to release tension caused by work.

TCM believes that overwork may injure the body, causing tiredness and listlessness in mild cases and result in relevant pathological changes in the severe cases. The Nei Jing states, “There are five kinds of overstrain that are responsible for internal injuries: Looking too long harms to the blood; lying too long, the qi; sitting too long, the muscles; standing too long, the bones; and walking too long, the tendons.” This means that keeping any of the above-named postures for a long period of time can harm the body.

The Nei Jing also points out, “Overwork consumes the qi, which indicates that excessive physical or mental exertion is chiefly responsible. The shortage of qi will cause tiredness, lack of spirit, and weakness.” For example, fast walking for a long time may put the body and mind in an intense state and greatly consume the primordial energy. As a result, the vital energy will remain in the interior instead of spreading out. You will feel tired, and it will be difficult to continue walking. If you sit quietly for too long the function of the spleen and stomach may slow down. Because the spleen relates to the movements of muscles, sitting for too long will cause stagnation of the spleen-qi and will weaken the muscles. Standing for long periods stretches the waist and bones and strains the residence of the kidneys (the lumbus). Since the kidney is responsible for the bones, standing for too long can injure the lumbus and in turn weaken the bones. Lying for long periods makes it difficult for the lungs to carry out their normal function. The lungs are in charge of the qi. Stagnation of the lung-qi can slow down the circulation of the general qi.

TCM has always considered internal injuries due to fatigue to be an important cause of diseases. Modern medical science also believes that when people are exhausted, their resistance to diseases may be remarkably reduced, resulting in a variety of diseases. According to TCM theory, there are other ways as well to overwork the body. Such ways include excessive diet, imbalance of metabolism, and lack of spirit. The Nei Jing discussed these ways as well. “Sweat comes from the stomach when one eats his (or her) fill; from the heart when one is in great terror; from the kidney when one walks a long distance with heavy load; from the liver when one is frightened or takes a fast walk; and from the spleen when one works with rocking movements.” The ancient Chinese were very concerned that anything in excess would overwork the body and cause injury. They believed in keeping a proper balance between work and rest.

The book, Bao Sheng Yao Lu, taught that those who practice good healthcare would work without becoming over-fatigued. It professed that flowing water remains fresh, while stagnant water is stale. Thus, those who want to keep healthy must keep the blood circulating like flowing water. Moderate work and proper rest will do this. Thus it is important for a person to find a balance between work and rest that is good for one’s own body.

TCM maintains that anything in excess can be harmful to your
mind and body. Experiencing extremes of any of the seven emotions is
no exception. It is believed that subjecting yourself to extreme emotions
will harm the mind and body and reduce longevity. The book, Ling Shu,
addresses this theory:


This portion of the text clearly indicates that an excess of any of the seven emotions may not only injure the mind but the body as well. TCM proposes methods to keep the mind healthy which include methods of spirit recuperation, including optimism, lower levels of anxiety and lust, refraining from excess joy and anger, abstention from too much thinking and worrying, and avoidance of terror. All of these methods are useful for preventing the mind from being injured.

Xu Xiangcai, was born in 1943 in a small village on the banks of the Yellow River near the city of Jinan, the capital of Shandong province of China. During his childhood, he lived a poor life but had a very rich mind. Once he was asked what do he wanted to do when he grew up. "Something unusual!" was his answer. In 1963, he passed the state entrance examination to enter Shandong Teachers' University to learn English. Five years later, he graduated and began his career as an English teacher. By … More » 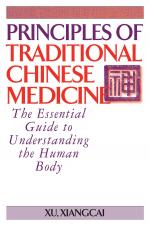 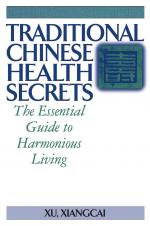 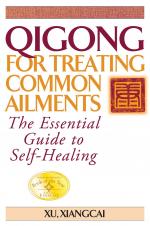 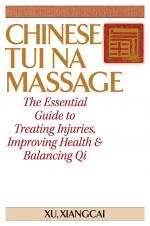