Channeling Sekishusai | YMAA
Skip to main content
FREE Shipping Order Over $70. (US Only, Conditions apply)    |   Up to 50% Off. Exclusions apply. 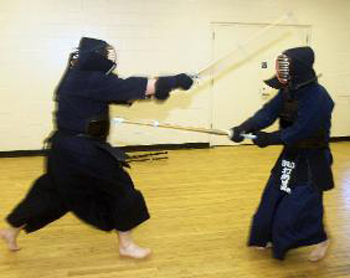 One of the most important aspects of martial arts training (and the thing that first attracted me to the activity) is the linkage between things of the body and things of the spirit. There’s a lot to be said for the physical aspects of training—and if most people are anything like me, it’s almost addictive.

But what’s really important is that all the sweat and burn and effort has a purpose that’s bigger than simply winning the next point in a sparring match or getting the next promotion. The modern Japanese arts that I follow call themselves “ways.” This is the meaning of the suffix “do” in arts like kendo or aikido or judo—each is not simply a system or a compendium of techniques, but a way to follow and a path that leads the practitioner to a goal.

It’s easy to lose sight of this over the years. The challenge of mastering the skills inherent in the martial arts, the emphasis on perfection, and the ever increasing level of sophistication demanded as you proceed in proficiency and in rank can lead to a real fixation on the technical facet of training. And this is, of course, important. But it’s merely one facet.

And, if you’re like me, after thirty years or so of training, the mileage is piling up. In sheer physical terms, your best days are behind you. Your technique can still get more refined and more elegant, but in physical terms, you’ve peaked. My knees ache from years on the hardwood floor of the dojo. Right shoulder? Old judo injury. Rotator cuff issues? Years swinging a shinai (Japanese sword.) If all that martial arts held for us was the purely physical, I’d be in retirement. But they don’t. And I’m not.

What is the Way?

So I think about my practice as the pursuit of the Way.

Which begs the question, of course: “The way to what?”

This may seem obvious, but it’s not. Particularly for trainees in the West. We live in a secular, heterogeneous society. Lots of people with lots of ideas about what’s right and what’s wrong, what the purpose of life is, etc. And I’m not about to ram my version of ultimate purpose down anyone’s throat. But I will suggest that asking the question about life’s purpose is an important one, and it’s one that every martial artist should seriously pursue.

So think about Yagyu Munetoshi Sekishusai, the founding father of the Yagyu Shinkage ryu of swordsmanship.

The basics of his life story are pretty well known. He was born in 1529 in a village near modern Nara. His samurai father was on the losing side in one of the endemic feuds that ripped apart sixteen century Japan. Munetoshi served a series of masters as political fortunes waxed and waned. He studied the arts of the sword and the spear, but also Confucianism and Buddhism. He grew to be an able warrior, but sometime in the 1570s retired to Yagyu village to pursue intensive training in swordsmanship. He was a man tired of the political intrigue that buffeted his family and thought that all his martial skill was essentially useless—as good as a stone boat.

For twenty years he refined the system that would become known as the Yagyu Shinkage ryu. He wrote several treatises meant to guide his students and his family members. He was also a sincere follower of Buddhism and became a lay priest in 1593. His clerical name “Sekishusai” means stone boat—an indication of his continuing reflection on the purpose of all this training.

In 1594, the up and coming feudal lord Tokugawa Ieyasu came visiting. He had heard of Sekishusai’s skill and requested a demonstration. Ieyasu was so intrigued with the Yagyu techniques known as muto-dori, the unarmed defense against a sword, that he himself demanded that Sekishusai demonstrate it on him. In short order, Sekishusai ripped Ieyasu’s wooden sword out of hands and dumped him on his back. Probably not the most politically astute thing to do to the man who would eventually unite all of Japan under his rule. But Sekishusai took his arts and his life seriously.

leyasu was so impressed he asked to be taught the Yagyu system. And here is where Sekishusai showed just how smart he was.  He told the Lord Tokugawa that he was too old, but that his son Munenori was up to the task. Ieyasu accepted and the Yagyu were made fencing instructors to the Tokugawa House, a position that sealed the fortunes of the family in the years to come.

Sekishusai lived until 1606, long enough to see the triumph of Ieyasu and the unification of Japan under the Tokugawa Shogunate. He continued to reflect on the warrior’s role in society and the ethical and social claims that should shape behavior. He penned a treatise: “Motsujimishudan Kudensho” (Having No Taste and No Mind For Fighting).  After he died, his son Munenori led the Yagyu Clan and served the Tokugawa House with distinction. Munenori had a temple built in his father’s honor. The Hotokuji Temple remains in existence today.

It’s clear that Sekishusai passed on his ethical seriousness to his son Munenori. Anyone who has read the Heihokadenshoof the Yagyu school (and there are readily available translations) will note that the Yagyu masters were insistent that people train well and hard, but that all this training also needed to have a point. The sword, the Yagyu masters remind us, can take life and give it.

For them the point to training was bigger than personal achievement and aggrandizement (otherwise Sekishusai would have jumped at the prospect of working for Ieyasu). It wasn’t simply about always winning (Sekishusai’s early life taught him that). It was about perseverance and commitment. Integrity. Honesty. Family.

In short, it wasn’t about the swordsmanship. That was simply a means to an end.
A Way.

This, I think, is what we all have to ponder. Where is my training taking me? How do I internalize its lessons? Does the seriousness of purpose and focus spill out into the rest of my life? If so, how? If not, why not?

These are serious questions. Middle of the night questions. Dawn questions. I tried to show this in the early pages of my newest novel, Kage—The Shadow, where a martial artist ponders his life and where it is going:

“The old adage is that the sword is the soul of the samurai. I used to dismiss it as equal parts hyperbole or mystic mumbo-jumbo. I’m no longer so sure. When you spend hours, days, years with a thing, surely a connection of some kind is shaped. The wrapped cloth of the katana’s handle, the nubby ray skin beneath, no longer feel like things that are external to me: they fit. They fill the void of my curved fingers as if my hands were shaped to hold the weapon.

“It’s a tool of sorts, of course: a means to an end. But there’s more to it than that. Maybe I’ve been in dojo so long that things Japanese have become part of me: form and function, beauty and utility can be merged into one. The swordsman’s art is a curious alchemy: a synthesis of steel and spirit where the outcome is more than the sum of its parts.

“The old timers tell stories of swords that were finely wrought and yet cruel: setsuninto, killing swords. They were weapons whose inmost essence drove their owners mad.  Yet other blades were as cruelly beautiful, but also imbued with a spirit that inclined to the good. They sang in their scabbards to warn of danger; they were bright and clear and miraculous things and, in the right hands, could be katsujinken, life-giving swords.

“In the right hands . . . how to tell and who is to judge? I’ve made decisions in my life and done things I am not proud of. And yet they seemed necessary. Like a pebble tossed in a pool of still water, each action sent waves in many directions. Some I anticipated. Many I did not. And I wonder.

“In the half-light of each starting day, I lay in silence, alert to the swords in the rack. Hopeful. Fearful.

“In the silence of dawn, will the blades moan to me or will they sing?” 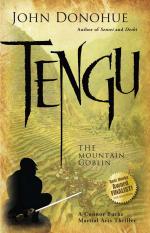 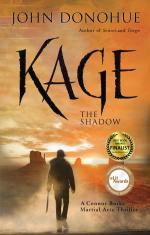 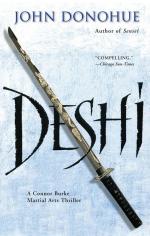 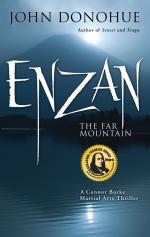