Conflict-An Antithesis to Tai Chi | YMAA
Skip to main content
FREE Shipping Order Over $70. (US Only, Conditions apply)    |   Up to 20% Off. Exclusions apply. 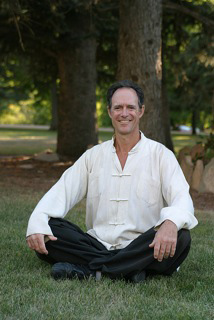 If someone were to engage me in one of those word association games-“Say the first thing that comes to your mind when I say...Tai Chi”

If someone were to engage me in one of those word association games-"Say the first thing that comes to your mind when I say...Tai Chi"-my likely response might run the gamut from "slow", or "peaceful", to "quiet", or "fluid", or "balanced", or some such thing. The one word least likely to come to mind would be "conflict". To me conflict represents a state of being which is wholly antithetical to Tai Chi Chuan. However, the discussion of conflict is apropos to Tai Chi to the extent that conflict is self-realized and can limit the fuller development of our body/mind potential as Tai Chi enthusiasts, but only if we allow it to do so.

What Conflict Is, Universally Speaking

We humans tend to perceive conflict as an absence of harmony, as being out of balance with the Tao. On a grand scale the universe knows no such conflict: there is Tao. What we might ordinarily regard in our universe as conflict, (Stellar bodies exploding, meteors colliding, what have you) can more accurately be described as "opposing", rather than conflicting forces. Opposing forces in the universe always beget harmony, because sooner or later they always manage to resolve to a state of balance, the only variable being one of scale. Such forces are an inevitable part of the ebb and flow of the 10,000 things.

In the grand scheme of things, the interaction of opposing forces would seem to be a part of universal homeostasis, and is a means by which the Tao maintains harmony and relative stability within its realm. Thus the only "real" conflict in the universe exists in the hearts and souls (and bodies) of men, and then only because we make it so.

Opposite or opposing forces are not the same as conflicting forces, which promulgate disharmony, i.e., conflict between two persons. Opposite forces exist in abundance throughout the universe. Our universe is made up of and held together by these very forces. Opposite forces always exist in a state of relative balance, and it is their mutuality which serves as the most basic premise of Taoism and of Tai Chi. Yin and Yang, front and back, above and below, hot and cold, all are examples of opposites which, not only exist in harmony, but in fact owe their existence to their relative opposite. One of the goals of Tai Chi is to learn how to transform conflicting forces to opposite and balancing forces, thus restoring harmony.

The relationship between opposite forces manifests most obviously on a cosmic scale, often for unfathomable cosmic reasons. We can also see examples of both opposite and conflicting forces at work in the human realm. With regard to the manifestation of these forces in the human realm, there is one other important variable to be taken into account, that of free will. Of all the forces in the universe, humans alone can be said with any certainty, to have the capacity for free will. For human beings then, free will is usually the operative factor in determining whether any two forces are merely opposite or conflicting. Just as our free will can open many doors for us, so can it be used to close doors.

Much of the conflict we experience in our daily lives stems from limitations and stricture, as well as from an inability or unwillingness to listen so as to recognize when we are displacing or being displaced. This keeps us from being rooted to our earth and to ourselves, which in turn imbalances our Ch'i, and so on, and so on. Thus the inertia of conflict can perpetuate itself unless we exercise our free will to take some initiative in recognizing and adjusting the daily patterns of our lives. In the end, nobody can make us feel conflict except ourselves.

Conflict is an internal dynamic that is generated in response to an intolerance for some real or imagined internal or external stimuli. One can create conflict within one's own body simply by attempting in the wrong way to relax and stretch muscles held taut due to chronic tension. For example, you may want your waist to turn one way and perhaps your back refuses to cooperate, opting instead to strain a muscle or subluxate1 a vertebra, resulting in pain. Pain, in this case as the manifestation of conflict between two opposing forces, might possibly have been avoided by listening more closely in order to perceive the body's limits, and by adjusting your practice goals accordingly.

How Conflict Affects Us

Conflict affects us adversely to the extent that it limits the ability of our bodies and our minds to operate freely. The body/mind always acts in what it believes to be its own best interests. In this sense, we are agenda driven to protect our interests. First and foremost on our agenda is survival. After survival, most people's agendas include food, clothing, and shelter, all our basic needs. These alone have proved fodder for conflict on a massive scale throughout the ages. Humans always seem to have been vested in the belief that conflict can be employed effectively as a means of restoring (their own) harmony even when at the expense of the harmony and well-being of others.

Most obviously, such conflicts have manifested in the form of war and violent crime. For humans, as sentient beings with a capacity for free will, conflict can also manifest on a smaller, more personal scale. In responding to any presenting conflict, internal or external, the body/mind's first and most normal (learned) response is to protect itself by retrenching.

This again is the sympathetic nervous system's fight or flight response at work. The body predictably responds to conflict by tensing up. The mind has its own preferred defense mechanisms, creating blockages or walls, ostensibly to insulate itself from any perceived danger. For the mind the response can take the form of neurosis, maladjustment, aggression, etc. Ironically, in seeking to protect itself from external conflicts the body/mind often succeeds in perpetuating its dilemma with compensatory acute or chronic internal (intra-personal) conflict, which may be perceived by the body/mind as the lesser and more manageable of two evils.

Step Back From Conformity

All too often people feel helpless to implement the changes necessary to free themselves from self-imposed conflict. This propensity to feel out of control is often rooted in social mores, which is not surprising given the cultural impetus for conformity. One powerful example of this is the way we are brought up to believe in the sanctity of science as the arbiter of nature's laws. We are taught that what goes up must come down, carcinogens cause cancer, sugar causes tooth decay, fire burns, and so on. These are the facts of life. When we accept these precepts as law, without question, it precludes our exercising free will to participate in life more fully as an open-ended affair.

The universe is an ongoing creative process. With our free will, we humans can choose to participate in that process or not. Though it is not specifically related to Tai Chi, I will nevertheless tear a page from my own book in sharing an experience that proved profoundly enlightening for me as regards the transformation of intra-personal conflict. I can think of no example that more graphically illustrates the power of free will in the arbitration of conflict than the ritual of firewalking.

This is because each of us "knows" that fire burns. We know it in our minds, and most of us have also had some confirming experience in our bodies that fire does indeed burn. For most people the experience, along with the belief that fire burns, has been seared into our body/mind. Thus it would seem to be an exercise in conflict to deliberately embark on an experience that we know causes pain and suffering.

Firewalking as a Metaphor for Conflict Resolution

Back in the mid 1980's, I was invited by friends to participate in a firewalk, which turned out to be the first of many. If you are not familiar with firewalking, it involves a brief period of body/mind preparation which leads up to walking barefoot across a bed of hot coals heated somewhere in the range of 1300 degrees Fahrenheit. Despite repeated efforts of the scientific community to debunk this ancient ritual, I can attest that there is no trick involved. Skeptics have offered a host of logical reasons to explain away this phenomenon, such as, "insulating ashes afford poor conductivity of heat," and so on.

But I have witnessed individuals stroll out to the middle of a bed of red hot coals, to stop there and stand while scooping up handfuls of flaming embers for what seemed minutes on end, then calmly step from the fire with even the hairs on their feet unscathed by its heat. The scientific validity, or absence thereof, of firewalking aside, there is no denying that standing barefoot at the edge of a bed of hot coals is a potentially provocative experience. Assuredly, this activity is not without a great deal of risk as I have also been witness to others burning seriously. Given the risk involved, and the fact that firewalking is not likely to be rated highly as an asset on one's resumé, one question begged is, "Why do it?"

As one might expect, the experience of actually walking across hot coals barefoot without burning is quite profound. It serves as unmistakable evidence that we can indeed move beyond the boundaries of nature assigned us by science. If one can exercise enough initiative to "bend" the laws of nature (to change our beliefs, in effect), even if just for a few brief moments, what then are the other possibilities? What other (self-imposed) limitations present in our lives might we be able to move beyond? Of course, the other question that surfaces is, "How is it that one does not burn?"

My friend, Michael Sky, author of Dancing With the Fire, believes that a burn is nothing more than a manifestation of conflict. However, when someone steps deliberately onto a red hot bed of coals with a clear "attention" and an equally clear "intention" to not burn, somehow the basis for conflict can be neutralized. Attention/intention is an extraordinarily powerful force.

The purpose of firewalking is to teach us that we can exercise our free will in expanding beyond those limitations normally ascribed us, and that foremost among those limits is conflict. Tai Chi can serve as a similarly effective (albeit less sensational, though somewhat more practical) means of moving beyond the limitations of conflict, external or internal.