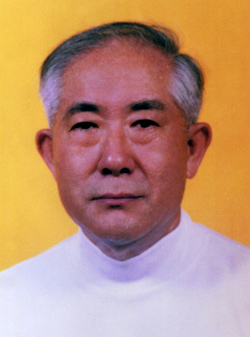 Grandmaster Li, Mao-Ching (李茂清) was born in Qingdao city (青島市), China, on July 5, 1927. He first began training martial arts in 1934 when he was eight years old, under the instruction and guidance of his father and his cousin Shang, Huan.

Grandmaster Li, Mao-Ching (李茂清) was born in Qingdao city (青島市), China, on July 5, 1927. He first began training martial arts in 1934 when he was eight years old, under the instruction and guidance of his father and his cousin Shang, Huan. The first fundamental training exercise he learned was Horse Stance (Ma Bu, 馬步). His training initially consisted of holding Ma Bu steadily for five minutes. He eventually worked his way up to holding Ma Bu for 30 minutes. Only then did his teachers allow him to learn martial sequences (Tao Lu, 套路). At the age 16, he began training basics for staff (Gun, 棍), saber (Dao, 刀), and sword (Jian, 劍). In 1946, he also began training spear (Qiang, 槍). When he was 23, he began training (Qin Na, 擒拿), joint lock-and-control techniques.

When Master Li was 16, he was drafted into the army. Much of the military training was run and overseen by many of the most renowned Chinese martial artists of that time. Thus, Master Li had the unusual opportunity of learning from more than one teacher. He learned Long Fist (Changquan, 長拳) from Han, Qing-Tang (韓慶堂), Praying Mantis (Tang Lang Quan, 螳螂拳) from Fu, Jia-Bin (傅家賓), and Sun Bin Quan (孫臏拳) from Gao, Fang-Xian (高芳先). At one point in time, Gao, Fang-Xian was one of Chiang, Kai-Shek's most esteemed generals.

Great Grandmaster Han, Qing-Tang was one of the many students who graduated with the first generation of the famous Nanjing Central Guoshu Institute (中央國術館), an organization that was established to preserve, propagate, and further Chinese martial arts during the early 1900s. After Chiang Kai-Shek's Nationalist Party withdrew to Taiwan in 1949, Master Han was invited to teach at the Central Police Academy (中央警官學校) in Taipei. He was very well-known at the time for his skills in Qin Na.

In 1963, Dr. Yang, Jwing-Ming's college classmate, Mr. Nelson Tsou (鄒延凱), introduced Dr. Yang to Master Li. At that time, Mr. Tsou had already been training under Master Li for several years. Together, Dr. Yang and Mr. Tsou founded the Tamkang College Kung Fu Club in Tamshui, Taiwan. Master Li was formally invited to become the primary instructor of the club, teaching Long Fist. It was there that he began teaching Dr. Yang, Jwing-Ming. 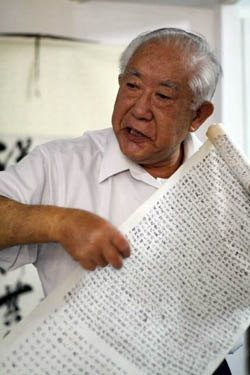 Dr. Yang: "I started to learn Long Fist from Master Li. I remember that when we practiced for the first time there were 105 students in our group. However, after a few times sparring for Master Li, this group shrunk to only about twenty within a few months. When I graduated four years later, there were only four of my group who survived the training.

A few years later...I continued to study with Master Li at Jianguo High School where he was teaching, and eventually became his assistant. In just a year, I was invited to teach martial arts at Banqiao High School located in a Taipei suburb. Three years later I obtained a Master's Degree and was drafted to teach physics in the Chinese Air Force Junior Academy. After serving for one year, I returned to Tamkang College to teach physics and continued my studies with Master Li until August 8 of 1974, the day I came to the USA for my doctoral study."