How to Evaluate a Force Decision | YMAA
Skip to main content
FREE Shipping Order Over $70. (US Only, Conditions apply)    |   Up to 20% Off. Exclusions apply.

Home >> Articles >> How to Evaluate a Force Decision 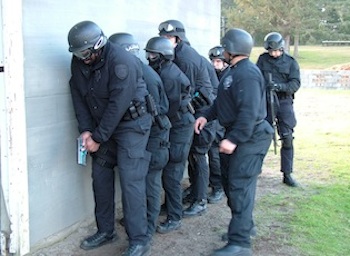 How to Evaluate a Force Decision

Fighting is ugly. Killing is ugly. Getting involved in any force incident is dangerous and it hurts. Violence affects humans at a very deep emotional level, and when we see or hear of an act of violence most people are sickened or outraged. And our default assumption is that anything that sickens or angers us so much must be wrong.

Fighting is ugly. Killing is ugly. Getting involved in any force incident is dangerous and it hurts. Violence affects humans at a very deep emotional level, and when we see or hear of an act of violence most people are sickened or outraged. And our default assumption is that anything that sickens or angers us so much must be wrong.

I can’t agree. If you have ever watched films of orcas tearing and eating lumps of flesh out of a living whale, if you have seen a coyote tear up a rabbit, or watched a cat torture a mouse you know on some level that, sickening or not, violence is natural. Violence is real. I cannot believe that something that has underpinned all of life for all of evolutionary history is automatically and inherently wrong.

To declare that violence is wrong, or to mouth the (breathtakingly, obviously, stupid and wrong) platitude that ‘violence never solved anything’ or to declare that ‘violence is the last resort of the ignorant’ are simply tactics. And they are tactics designed to manage your feelings, not to solve problems. Further, if enough people say the words, we can use social pressure to keep anyone from talking about violence. And then we can raise a generation in complete ignorance of one of the fundamental aspects of Life. They will be completely unprepared for many challenges, but we’ll all feel better. Sure.

When our feelings are involved, we don’t think. Limbic system trumps the neo-cortex. If you are outraged or sickened (or elated or angry or afraid or…) you are not thinking.

And thinking is what gets problems solved.So let’s think for a minute. I’m not asking much. Just to the end of this article, let’s forget outrage and blame and talk about a few things.

How to Evaluate a Force Decision

1) Know the rules. The basics of self-defense law, going all the way back to English Common Law, can be summed up: “You may use the minimum force you believe is reasonably necessary to safely resolve the situation.”

That’s not enough, of course. You need to know the particular statutes of the relevant state, the exact wording of the stand-your-ground law or castle doctrine, if that is relevant. If you are trying to evaluate an officer’s use of force, you must also know the policy and procedure the officer was working under.

2) Know the facts. This gets hard, especially when emotions are high. It gets even harder when your emotions are being manipulated. Tabloids have much higher circulations than science magazines and popularized science has a greater readership than hard science. “Science is boring,” you say? Exactly, so what sells is excitement, not fact.

Read the articles for facts. If the suspect said “X” you do not know “X.” The fact is ‘subject said.’ What are the facts? One demagogue after a local police-involved shooting declared that the person who was shot needed an ambulance, not the police, and an ambulance was never sent. No matter how publicly said or how widely reported, saying does not make it so. An ambulance was dispatched, and the crew refused to go within a hundred yards of the subject until the officers could make the scene safe.

In many cases, you can read pages of reporting and count the actual relevant facts on one hand.

This is one of the areas where martial artists tend to overestimate their understanding and experience. Multiple opponents may be primarily a geometry problem in a nice clean studio with training partners who wish you no harm. It is an emotional and very physical problem when your adrenaline kicks in and visibility is reduced and every incoming attack not only hurts far more than training but also injures, hampering your movement.

We can never be sure, and that is part of being human.

3) You kind of need to know the process. This isn’t necessarily related to understanding or evaluating the force decision itself, but it is important, when the follow-up ‘feels’ wrong. Part of having an emotional reaction to anything, not just violence, is a need to do something immediately. Right this second.

When you want immediate justice and it doesn’t appear to be happening, it is very easy to think that justice, through some dark conspiracy, is being avoided. That’s rare. One of the benefits of deciding that a profession should handle force issues in our society is that it concentrates experience. By concentrating experience, it allows the professionals to be less emotional and more rational… but our limbic system wants everyone else to be just as emotional (and irrational) as we are. Be grateful that most professionals are cold. When they get emotional that’s when they start making mistakes and people get unnecessarily hurt.

The judicial system is not set up, in the United States, for either justice or vengeance. Vengeance would be to satisfy the emotions of the victim or the society by punishment. Vengeance is emotional, and cares very little about whether the right person is punished or if the punishment fits the crime.

Justice is harder to define, but stems from each person getting what they deserve based on their individual actions. It concentrates a huge amount of power in the hands of those who get to decide what others deserve.

Our system, from its very inception, centered around making sure that individuals would be protected as much as possible from arbitrary exercises of state power. Why proof beyond a reasonable doubt? Or the ‘fair and speedy trial’ clause? Or automatic appeals for capital cases? Because our system believes that letting some criminals walk is not as dangerous to our country as letting the State crush individuals.

So when emotions are triggered and the wheels of justice are grinding a little too slowly for you, maybe this is why. And maybe what you want on a deep level is not even justice but vengeance and maybe it is easy to forget for a minute that in your cry for swift justice you are actively seeking to overturn civil liberties and protections.

That’s big picture stuff. On a smaller scale, sometimes arrests aren’t made immediately because it can ruin the investigation. The arrest, not the crime, starts the clock for the ‘fair and speedy’ trial. It is almost always better to investigate before you arrest, if you don’t believe the suspect will flee.

It can seem that officers under investigation are given extra protections than citizens. That’s true. But that stems from two facts:

For years, I was authorized and expected to use force when necessary in the name of and for the service of the people of my jurisdiction. Those people have an absolute right to know what I did and to scrutinize each and every decision. But all people who use force have the right that those force incidents be judged by fact and not emotion. That the people judging know what they are judging, that they have both the facts and understand the rules before crying for blood and punishment.

Force incidents can sicken and enrage and those are two emotions that do not work well with either justice or liberty.