Interacting with Law Enforcement Personnel | YMAA
Skip to main content
FREE Shipping Order Over $70. (US Only, Conditions apply)    |   Up to 20% Off. Exclusions apply. 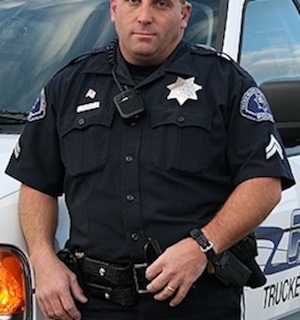 Imagine for a moment the following scenario: Awareness, avoidance, and de-escalation have all failed and you were forced to defend yourself from an armed aggressor. You exercised appropriate restraint, morally, legally, and ethically applying judicious force to avoid immanent and unavoidable death or grievous bodily harm. You have attended to your injuries and, perhaps, those of your attacker who is wounded or deceased and can no longer harm you. You have also notified law enforcement authorities of your situation. You are coming down off of the effects of adrenaline tired, shaking, and hurting. Suddenly an officer arrives on the scene. So what might happen next?

Officers are there to ascertain the truth, gathering unbiased facts and evidence about what transpired. They are not there to hand you a medal for heroism under adversity even if you really did act heroically. If in their best judgment there is probably cause that you should be locked up because you committed a crime then that’s exactly what will happen. Not exactly fair, but common enough nevertheless, especially if you used a weapon and there is not compelling evidence (e.g., witnesses, video tape) that you used it in self-defense. The way you interact with police officers when they arrive is critical to your continued well being. First and foremost, no matter how upset, injured, angry, insulted, or unsettled you are, never forget that your words and demeanor can significantly affect the tone of the entire encounter and affect the eventual outcome.

You and Probable Cause

Whether or not you are arrested hinges on a concept known as “probable cause.” Probable cause means that the responding officer has a reasonable belief that a crime has been committed and that you are the perpetrator. This belief can be based upon several factors including direct observation, professional expertise, circumstantial evidence, or factual information. Officers will make a decision based upon what, if anything he/she saw during the incident, what he/she can infer about the incident based upon professional experience, physical evidence or other factors at the scene, statements from witnesses, victims, or suspects, available video surveillance, and other relevant data.

Approach the responding officer(s) positively. Cops are people too. They likely have the same emotional make-up that you do. Officers arriving on the scene will be encountering an unknown, potentially hostile environment, where one or more combatants were, and possibly still are, armed. Like any sane person, they will be concerned, cautious, and likely scared.  Since they don’t know exactly what transpired they also do not know who the good guy is and who the bad guy is yet.

A confrontational attitude will do you no good and may well guarantee that you will be arrested or possibly even shot. Even undercover officers have been killed on occasion by their uniformed counterparts when they failed to immediately follow directions and/or did not identify themselves properly. While the officer does not know whether or not you are the good guy, he/she with absolute certainty that you are armed and dangerous.  Do not resist arrest for any reason. Similarly, do not interfere with an attempt to arrest anyone who is with you at the time. Attempting to flee, evade, or elude responding officers is almost certainly going to make you look guilty and result in a chase and subsequent detention.

Be respectful, courteous, obedient, and kind but remember that the officer(s) is not your friend. He or she is not your enemy, but not your friend either. The officer’s job is to secure the environment, provide for aid, gather facts, and enforce the law. Consequently he or she will not necessarily be on your side no matter how prudently you acted or at least not until all the facts are known.

Control your emotions to the extent possible. Carefully and calmly explain what happened so that the responding officer(s) will know that you are the good guy. Retain your composure and conduct yourself in a mature manner at all times, avoiding any words or actions that may appear threatening or volatile. Never forget that police are trained interrogators. They will note your body language, speech patterns, and eye movements to help ascertain your probable guilt or innocence when deciding whether or not to make an arrest.

Exercise Your Right to Remain Silent

Say as little as possible. Here is an example of something you might say that should be relatively well received, “This was very traumatic experience. I think I’m in shock. I don’t think I should say anything until I’m calmer. Can I please call [your attorney or contact person]…?”

Do not, under any circumstances, make any incriminating statements that may be used against you at a later time. Do not confess to any crime, even if you think you exercised poor judgment or are actually guilty. While there may be a fine balance between implying guilt through silence and being overly talkative, if you are going to err, err on the side of caution. You really do not have to say anything at all without an attorney present though it is generally prudent to identify yourself, state that the other person attacked you and that you were in imminent and unavoidable danger, fearing for your life. You may even wish to explain why you could not simply run away. If you used a weapon and have a concealed weapons permit, it is generally a good idea to let the officers know that as well.

The Fourth Amendment generally prohibits seizure of persons without a warrant. However, in some instances a warrant may not required. These instances can include felonies, misdemeanors, and danger to the public and violent crimes. A fight probably qualifies for warrant-less arrest under any of these conditions. If you are arrested and taken into custody be sure to understand why.

You should always carry the phone number of an attorney you trust and of a person who can contact an attorney for you if your lawyer is not immediately available. Ask permission to telephone your attorney or contact person immediately after being booked into jail. Be polite and respectful to the jail guards. They can deny you phone access and generally make your life even more miserable if you act out inappropriately. In most jurisdictions you must be taken before an officer of the court (e.g., judge, magistrate) within 24 hours of your arrest. You should always secure counsel and have legal representation before this initial court appearance. If you cannot afford an attorney you can be represented by a public defender though that is generally not preferable.

Despite Miranda requirements, your fundamental rights and responsibilities may not always be clearly spelled out by the responding officers. You should keep in mind, that conversations that precede an arrest and spontaneous statements are usually admissible in court. Remember that you have a Fifth Amendment right against self-incrimination and that it is often prudent to have an attorney present during any questioning. Your priority should be to alleviate or minimize any potential charges against you, so be enormously cautious about what you say and do before you have a chance to talk to your attorney.

Never forget that anything you say can be used against you later on. While the Miranda rights must be given once you are placed in custody, they always apply. In any event, custody begins when a reasonable person feels they are not free to leave. Rightly assume that once the police arrive at the fight scene you are not free to leave unless specifically told so by the responding officer(s).

A court will generally give more weight to statements made during or soon after an incident, because events are very fresh in everyone’s mind. The assumption is that those involved are still in the grip of the moment and generally have not had time to create a false story.

The mind fills in the holes of missing data. Filling in the holes is a process of trial and error conducted by the mind until it finds a reasonable explanation given that individual mind’s past experience. The same holds true for victims. They only know portions of what happened, seen through eyes otherwise busy calculating threats and defenses. Soon after the event, the effects of adrenaline and injury interfere with the process of distilling what happened. When forced to talk shortly after an incident the mind simply runs the trial and error process out loud. The result is frequently disjointed and may lead to contradictory statements that will be given great weight later on.

The real trick is to feel comfortable not having everything make perfect sense. There is no need to create a complete story. Be honest. Be brief. For example, “I was walking along minding my own business when bad guy jumps out and threatens me. I tried to get away. I tried to reason with him. It didn’t work. When he attacked I defended myself.” That’s it. Repeat it over and over to all the questions and do not try to be more specific. You most likely will not be able to remember everything you said or did, nor everything the bad guy said or did. You also cannot know what was in bad guy’s mind at the time of the incident. Never guess about such things. Be factual and pithy.

His Truth, Her Truth, and the Real Truth

In any encounter there is always a metaphorical “his truth,” “her truth” and the “real truth” somewhere in between. In the eyes of the law, it really does not matter what actually was. It only matters what can be proven. If you exercise your Constitutional right against self-incrimination, the fact that you did not speak cannot be used against you. It is almost always better to keep your mouth shut and be thought a liar than to open it and have to explain in court later on why you were not a liar.

If the officers believe that there is probable cause to make an arrest you are not likely to talk yourself out of a trip to jail simply by telling a good story. Waxing long will only postpone your trip long enough for the officer at the scene to write down everything you say so that it can potentially be used against you later on.

Do not talk too much and do not try to make anything up. Simply act like what you are—a scared citizen who has just been in and survived a horrible situation. If you are going to talk at all, be honest, be contrite, and be brief. Know that everything you say is absolutely correct before you say it, and then remember what you said. Set things up such that you cannot easily contradict yourself later on.