Interlude-On Killing | YMAA
Skip to main content
FREE Shipping Order Over $70. (US Only, Conditions apply)    |   Up to 20% Off. Exclusions apply. 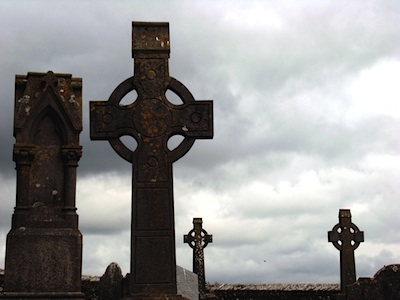 I don’t shoot targets. I shoot men. Honestly, I figure I owe them that much. I know that when I kill someone I am doing to their family-their mothers and sisters and brothers—what the assh*le who murdered my sister did to mine. My mother will never recover all her sanity from that. She won’t ever stop grieving.

“I don’t shoot targets. I shoot men. Honestly, I figure I owe them that much.

“I know that when I kill someone I am doing to their family—their mothers and sisters and brothers—what the assh*le who murdered my sister did to mine. My mother will never recover all her sanity from that. She won’t ever stop grieving. Neither will I. Both of us are a bit broken. Making it by in a world that should still have her in it.

“Somewhere out there in this world there are families that felt that same split in their soul when they were told of what I have done to their loved ones.

“My sister lost everything to a selfish assh*le who couldn’t commit suicide without company. She would be 23 now. Would have graduated college. Maybe found a man. Maybe not. Maybe started grad school. Everything she ever would have done and been was taken from all of us.

“I do that to people. Some evil, some lost or misguided, some just doing what they can do to get some money. I don’t feel bad about it. It has to be done. At the end of the day they set themselves in front of my rifle. But I figure the least I can do for them, and their families, is to acknowledge their humanity.”—Non-Commissioned Officer, U.S. Army, Airborne Infantry.

Level 6 is about killing people. It is about deliberately taking a human being, an absolutely unique combination of genetics and history, and utterly destroying it. Someone who smiled at his newborn nephew. Someone who, from birth, was his mother’s delight. There will never be this person again. Whatever he could have been is no more. Void. Empty. Nothing.

This is the manufacture of corpses and cripples. It is also the creation of widows, orphans, and grieving mothers. Your actions will create people who will never forget and never forgive what you have done.

The decision that underlies every decision to use lethal force is this: Whose mother will grieve? His or mine? Whose children will go to their beds tonight crying as newly created orphans? His or mine?

Everything up to this point can be a game. You can bluff in poker without saying a word. Debate is the verbal form of sparring. Touch can form the basis of seduction—and seduction, for right or wrong, can be played as a game. Submission wrestling and judo are competitions at Level 4. Boxing and mixed martial arts are the game version of Level 5.

You can argue that fencing and paintball are fun simulations of deadly force. Maybe. Except without the fear or the pain or the smell. No, we have not used killing people as a game since the gladiators…and even then most did not play.

There are no do-overs in deadly force. A bullet is one of those things that, once fired, you can never take back. If it is a mistake, it can never be undone. If you think of another option months or years later, you will have to live with the grave you need not have filled.

Never lose track of this. Some of you practice techniques in your martial arts that are readily capable of taking a life or crippling someone. Never forget what that means. Always treat it with absolute respect.

The application of deadly force can never be a game.

(In Scaling Force dynamic decision-making under threat of violence, the authors introduce you to options, from skillfully doing nothing to applying deadly force. They realistically guide you through understanding the limits of each type of force. There are six levels, “Presence,” “Voice,” “Touch,” “Empty-Hand Restraint,” “Less Lethal Force,” and “Lethal Force.” This is an excerpt from Level 6, Lethal Force.)