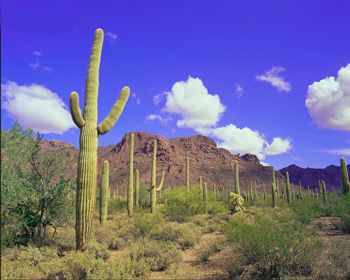 This is the fourth book in the Connor Burke martial arts thriller series. Burke lives in Brooklyn, New York where his warrior-teacher Yamashita has his dojo. But the story begins in the unforgiving landscape of the American Southwest. A notorious best-selling author Elliot Westmann is killed.

This is the fourth book in the Connor Burke martial arts thriller series. Burke lives in Brooklyn, New York where his warrior-teacher Yamashita has his dojo. But the story begins in the unforgiving landscape of the American Southwest. A notorious best-selling author Elliot Westmann is killed. Burke is hired by the deceased’s daughter to find the murderer. He discovers that Westmann’s unfinished manuscripts may contain cryptic details that local boarder smugglers might kill to keep secret. As Burke digs deeper, events get downright dangerous. His only hope is to use his fighting skills and the aid and guidance of his teacher Yamashita.

The following is an excerpt from lessons learned in Yamashita’s dojo, which include time-honored themes of the martial arts—conduct, ordeal, and courage…

Lessons Learned In a Dojo

The seminar wound its way through the morning. We worked hard with bokken, the oak swords that are the basic training weapon here. We also did some empty-hand tech­niques, stressing joint locks and pressure point techniques that made the nerves jangle. It wasn’t totally new stuff to most people in the room—trainees in arts like iaido or aikido or kendo can see some faint hint of their styles in what Yamashita does.

But there’s a difference: a harder edge, a more concise motion—it’s difficult to explain in words. To see it revealed clearly, you have to experience it. Which can be a problem. In the Yamashita-ha Itto Ryu, my master’s system, a full-bore demonstration usually leaves someone moaning on the ground.

The demo had to come eventually, of course. It was what they were all hanging in there. I liked that.

“We’ve been working this morning on various things—movement, sword work, some nerve points. In lots of ways, it’s a sampling of a continuum of aspects in the system we train in here.” I winced inwardly at the word continuum. Over the years, I’ve tried to lose some of my pointy-headedness, but I guess Yamashita is right—I have been damaged. I saw one guy smirk slightly at my choice of words. I didn’t respond to it, but an idea was forming in the back of my mind.

“Most modern martial arts forms tend to focus their train­ing on a limited range of techniques,” I told them. It was noth­ing new to them. I could see that in their eyes. “At the higher level—where many of you are—you’ve got to expand your prac­tice to include the integration of other techniques, other perspectives.” I held up my hands, fingers splayed, and then joined my hands together. “Meld them.” I began to walk around the circle a bit, making some eye contact with individuals.

“The exercise we practiced this morning that was based on mae,” I continued, “is a case in point. Depending on how you play it, it’s got elements of sword-drawing and weapons use, of aikido-like entering techniques, and then the potential for an almost limitless series of applications using strikes or locks or throws.” I watched them carefully as I spoke.

There’s a well-honored dictum in the martial arts world that people who talk about technique can rarely do technique. First, I had used an egghead word like continuum. Now I was going on and on, making some points that had to be patently obvious to people with their experience. So I watched their eyes and they were expressionless, but I saw one guy—the same person who had smirked—looking at me with just the type of aggressive skepticism that I needed.

“Now let’s take a look at the application, OK?” I saw a few satisfied nods around the circle and got the message—it’s about time. When I gestured to my smirking friend, he rose eagerly to his feet in a smooth, powerful motion. His look told me that he had been waiting for something like this all day.

I made the rest of them back up and widen the circle. My opponent and I sat about one and a half meters apart from each other, just out of attack distance. As we settled down into the formal sitting position known as seiza, I held up my hand. “You want to wear kote?” I asked my opponent. They’re the padded mitts that protect the hands and wrist in arts like kendo. They come in handy sometimes.

He looked at me pointedly. “I don’t see you wearing any.”

He smiled tightly. “I’m fine, then.” He was probably in his late twenties. This guy was built. He was also taller than I was—not a surprise, since most men are. He thought that when I offered the kote that I was asking him a question. Maybe he thought I was being overly conscientious. Or perhaps I was trying to needle him. There was probably some aspect of all these things at work.

Mostly, however, I was just playing for time, getting a good look at him, registering the length of his arms and legs, and figuring out my options. It wasn’t a particularly fair tactic. It’s what Yamashita calls heiho—strategy.

We took our places and prepared. Usually, the senior person serves as attacker, but since I was demonstrating the full appli­cation of the technique, my partner would start. We sat for a moment, breathing quietly, wooden swords at our left sides. The man sitting across from me on the floor seemed calm. Confident. Contained.

His sword began to move. I had been watching him and the others all morning. They were all pretty good. So I knew that if I lost the initiative here, his sword would have swept across me. At his first twitch, I had already begun to move.

My bokken swept in an arc across his face, forcing him to pull back. I scrambled forward in the crouch we had practiced and he shot up and backwards to avoid the pressure I was bringing to bear. This much was standard, almost scripted, and everyone in that room expected it. But now the interesting stuff was going to happen.

Because once my opponent stood up and got slightly out of range of my sword tip, he had a variety of options. His attack could come in many forms. The trick in doing something like this wasn’t just in mastering the awkward series of scrambling motions we had practiced, it was in being able to cope with what would happen once your moves brought you into the radius of your opponent’s weapon. Like now.

I tried not to give him the option to think too much by continuing to jerk myself forward in that low crouch, my sword seeking a target. He parried and backpedaled, and I could see the awareness in his eyes, his realization that whatever he was going to do would have to be lightning quick, because I was moving in, and if he didn’t do something I was going to churn right through him.

He moved slightly to his right as I came forward and he snapped his sword down at my left shoulder in a quick, hard motion. I whirled in toward his blade, simultaneously mov­ing my left shoulder out of range and bringing my own sword around to beat down his weapon. The wood shafts barked on contact. But he was pretty good: he held on and kept trying.

His impulse was to get the sword’s blade back up for another try at me. He went with the force of my parry, sweeping his bokken down and then up in a counterclockwise sweep that was designed to bring his weapon into the high position, ready for a strike.

As his arms came up, I shot beside him in what the aikido people call an irimi, or “entering” movement. Now we were both facing in the same direction. I used my left hand to grab his neck from behind. I squeezed hard. It’s not that I was going to make much headway against those muscles; it’s that people hate to have their head or neck held in any threatening way.

He jerked his head to his left as if trying to look over his shoulder—it’s a reflexive action—but he also moved to try to break my hold at the same time. As movements go, it was OK, and perfectly understandable. But for that one split second he had lost focus on his sword. I was still beside him and his right arm was stretched out, gripping the haft of the wooden sword.

I lifted my bokken, the point straight toward heaven, and then brought it down vertically, slamming the butt into the cluster of nerves on the inner edge of his right forearm.

It’s a funny feeling. Sort of. I heard him gasp and then the bokken fell out of his hands. I dumped him on the ground and put the tip of my own sword about an inch from his nose. He wasn’t stunned by the fall and his eyes crossed slightly as he focused on the tip of my weapon.

I moved away carefully, taking three steps backward to bring me out of range, and bowed formally to him.

Yamashita strode forward. He picked up my opponent’s sword and looked around the room. “So…” he commented to the watchful trainees. “Application is always more interesting than rehearsal, neh?” I saw some heads nod ruefully. In more than one face, I saw a dawning gratitude that someone else had been selected to serve as a training partner. Yamashita moved toward the man I had put on the floor. He got up, but I knew that he wasn’t going to be able to use his right arm for a while. His eyes bore into mine. For the first time that day, I let my own eyes bore back into a trainee’s eyes. Shoulda used the kote, bud.

A Lesson with Two Side

Yamashita watched the silent exchange. “What we have seen here is a lesson with two aspects. Like a sword blade, there are two sides, omote and ura, the front and the back, the obvi­ous and the hidden.” He canted the wooden sword in his hand to show one side of the blade, now the other. I saw some frowns from the group as they failed to follow his logic.

Yamashita saw it, too. He sighed. “Omote. Burke Sensei has clearly demonstrated how the technique you began to train this morning can be finished in a match. It is not the only applica­tion, perhaps,” he said and paused to give me a subtly arch look, “perhaps not even the most elegant. But certainly effective.” Heads nodded, and Yamashita stood there for a minute saying nothing. The lights of the dojo made the wooden floor gleam and, if they seemed to make his eyes deeper and darker, they also made his shaven head shine in imitation of the hard surfaces of his world.

Finally, someone raised a hand. “Yamashita Sensei,” the question came. “What was the second lesson?” My teacher looked up and regarded the expectant circle of trainees. He smiled slightly. “Ah. The hidden lesson?” He looked around.

“You spent all your time waiting for me. Doing what Burke Sensei said, but waiting for me. The wise warrior keeps himself hidden, in the shadows. Kage. You know the word?” Heads nodded.

“Just so,” my master finished. “My pupil keeps himself in shadow. Like most people, there is more to him than meets the eye.”

The lesson was over.