More About Violence Dynamics | YMAA
Skip to main content
FREE Shipping Order Over $70. (US Only, Conditions apply)    |   Up to 40% Off. Exclusions apply. 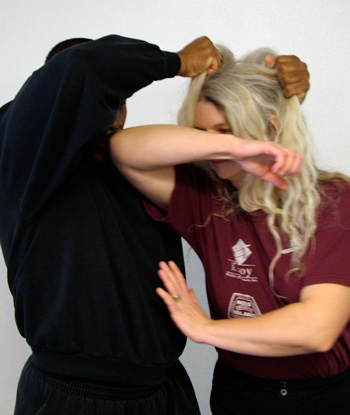 Most of the people reading this will be comfortable products of comfortable homes with significant education and socialization. This is the norm in North America, where I happen to be writing. The norm is so powerful and pervasive that it can be very easy to believe that the values of middle-class Americans are universal. They are not. There are societies and sub-societies where violence is merely an easy way to solve problems; where a beating is considered as easy  and more effective than talking.

There are places in the United States where if you do something rude and improper you will get disapproving looks and people will whisper about you. They might snub you in the coffee room or not invite you to go bowling. And there are places in the U. S. where doing something that society considers rude will get you beaten without a second thought.

If that is news to you, take a second and let it seep in.

Once upon a time, an inmate was beaten in one of the dorms at my jail. I was called to investigate. The dorm housed 65 inmates in an open bay (no cells) and the man had been hit in the center of the day room while watching TV. He looked to have only been hit twice—a bloody nose and a black eye.

I was pretty good at investigations. The inmates knew and trusted me and in most “nobody saw nothing” situations I would have the attacker identified and removed in under an hour. This time nobody was talking. They didn’t seem angry or afraid, more . . . embarrassed.

I talked to the victim. He wouldn’t tell me who hit him, of course. What he did say was, “Sarge, I had it coming. I forgot where I was. I was watching TV and I said, ‘Hey, look, you could kill three niggers with one bullet.’ Next thing I knew I was lying on my back. I deserved it.” He looked me right in the eye, “It was sort of an educational beat-down,” he said.

He was able to return to the dorm with no problem. The message had been sent and he showed that he had received it. His behavior was, to his peers’ satisfaction, corrected.

In certain groups, this is normal. A casual beating is how rules are enforced and community standards, such as they are, are upheld.

Generally, if you were stupid and should have known better the Educational Beat Down will be quick, sometimes just a single strike, almost off-hand. It is the exact same thing as when a character in a comedy thwacks another on the head, only with a bit more intent. It is a spanking between adults.

If the recipient of the EBD acknowledges that they were wrong, (unless the transgression was particularly egregious—for instance in certain societies it would be the duty of the brothers to kill a sister’s rapist), it is over quickly.

If the victim does not acknowledge that they broke a rule, if they argue or get indignant, then the assault will escalate. The person who delivers the Educational Beat Down is usually a respected member of the group. This is not a Monkey Dance, with two young puppies wrestling for dominance. This is a lesson, with the Big Dog batting the puppy to the floor and maybe pinning it there. (Still, it is not the same as predation, not in people or dogs.)

Another circumstance where the EBD will escalate is when the lesson is less for the transgressor than for everyone else. On May 7, 1929 Al Capone had Albert Anselmi, Joseph Giunta, and John Scalise tied to their chairs. He then beat them with a baseball bat and had them shot in the head. The lesson taught and the message delivered wasn’t for Al, Joe, and John. It was for everyone else. Dead people don’t learn anything.

This escalation can be extremely violent and occurs most often, and slightly less predictably, when the Big Dog is insecure in his status as leader or elder.

If a young Threat brutally beats a foreign tourist in a random explosion of violence... it wasn’t random. It was just a surprise for the onlookers and the victim.

In a marginal society, like the criminal subculture, a reputation for violence is a very valuable thing. If people think you are crazy, apt to “go-off” they treat you with more deference, fear to push your buttons. It is the perfect example of Machiavelli’s observations on fear and love—both are nice, but if you have to pick one it is better to be feared than to be loved:

“Upon this a question arises: whether it be better to be loved than feared or feared than loved? It may be answered that one should wish to be both, but, because it is difficult to unite them in one person, it is much safer to be feared than loved, when, of the two, either must be dispensed with. Because this is to be asserted in general of men, that they are ungrateful, fickle, false, cowardly, covetous, . . . and men have less scruple in offending one who is beloved than one who is feared, for love is preserved by the link of obligation which, owing to the baseness of men, is broken at every opportunity for their advantage; but fear preserves you by a dread of punishment which never fails.”—Nicolo Machiavelli, The Prince *

So how does one safely get this reputation? Beating on your allies, your own group, is rarely conducive to having them watch your back. It is counter-productive and dangerous, except at the very top of the social strata. The Big Dog, however, already has the reputation and actually puts his power in doubt by needing to show it.

Beating on enemies would work, but members of other groups have friends and, sometimes, long memories. That could easily escalate well beyond what you are prepared to deal with or want.

So how about victimizing someone traveling alone or at least with no large male companions? An outsider, but not an enemy. A relatively easy mark...

Understand this—the Status-Seeking Show can violate almost all of the rules of normal social violence and that is the point. The SSSer is trying to show his craziness, his willingness to break social rules. So they won’t necessarily attack someone of their own social level (the norm in the Monkey Dance). Beating a child or woman shows craziness; beating a superior—like shooting a cop or ambushing the boss, is taken as both crazy and brave, no matter how safely the ambush was set up.

They also have no need to follow the steps of the Monkey Dance by issuing a challenge. The SSS is not limited in damage like the normal MD, either. A savage beating, knifing, or killing all satisfy the Threat’s purpose.

Understand this—each type of violence serves a purpose. It might make no sense according to the way that you look at the world, but your worldview is small and limited and, most importantly, does not matter when someone is trying to kill you. The Threat’s worldview is the one that is calling the tune.