On Writing Dukkha - The Suffering | YMAA
Skip to main content
FREE Shipping Order Over $70. (US Only, Conditions apply)    |   Up to 40% Off. Exclusions apply. 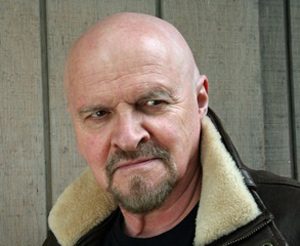 On Writing Dukkha - The Suffering

As a Portland, Oregon police officer, my partner and I once responded to the 12th floor of a high rise where a deranged man had just fired seven rounds from a shotgun into the face and chest of his psychiatrist.

As a Portland, Oregon police officer, my partner and I once responded to the 12th floor of a high rise where a deranged man had just fired seven rounds from a shotgun into the face and chest of his psychiatrist. He even reloaded once. Dispatch said he was last seen walking the hallways, blood splattered, mumbling, and still carrying his shotgun.

When we pulled up to the building, we saw hundreds of people streaming out the doors, some screaming, others running helter-skelter. My partner and I, as well as two other officers, two medics and a fireman, struggled against the crowd, boarded an elevator and rode in silence to the 12th floor. When the doors whisked open, the medics and fireman pressed themselves against the back elevator wall, while the cops slipped out and moved toward the killer.

Was there something wrong with us? That could be argued, I guess. The reality is that cops do this sort of thing somewhere in the world every day. In short, they move toward the gunfire while everyone else flees from it.

In Dukkha—The Suffering, Sam, the protagonist, and his partner move toward the horror, but their brave actions come at a price. While Sam kills someone by mistake and suffers greatly for it, so many officers in real life who make a so-called “righteous shoot” suffer as well.

One of several objectives I had in writing Dukkha was to show what happens to a person, a good cop in this case, who desperately tries to do the right thing, succeeds in part, but then something terrible happens. It’s something so awful, so unspeakable that it threatens to destroy his soul.

I wanted to show a little of the grab bag of physical and psychological effects that people, even highly trained ones, often experience in extraordinarily stressful situations. In particular, issues such as visual clarity, slow motion time, temporary paralysis, auditory and visual exclusion, and intrusive thoughts.

Police officers and military people often tell of how they saw with extraordinary clarity bullets explode from the bad guy’s gun and streak by them, or streak into them. Some report they could see their own bullets rip through the air and punch into the bad guy. One police sniper tells of getting a bead on an armed suspect in an extremely low-light condition. The minute his riflescope found the man’s head, the officer said it was as if the target was suddenly illuminated, which allowed him to make the shot that saved innocent lives.

In one study, over 65 percent of officers involved in deadly force incidents perceived their event playing out in slow motion time. Combat military people talk about this phenomenon all the time. Many say they saw the threat lunge for a weapon in ultra slow motion, they saw bullets creep through the air, and they saw a knife slash coming at them as if in frame by slow frame. Some combat veterans talk about momentary paralysis, or freezing. While this does happen in combat, sometimes the combatant is really confusing it with slow motion time.

A study showed that 26 percent of police officers involved in shootings experienced intrusive thoughts in the middle of a deadly encounter. One officer thought about his toddler son and how he liked to run around in his pajamas. Another, not surprisingly perhaps, thought about church.

Eighty percent of people in combat tend to “screen out” certain sights and sounds. They might hear their gunfire but not their partner’s shots. Or they might not hear gunfire at all but see muzzle flashes. Some have reported that all they heard were the tinkling sounds of expended shell casings landing on cement. In some situations, this screening process can turn off all senses except for the one needed for survival. Usually that one is vision, though in low-light conditions, combatants might hear the gunshots, but not see the muzzle flashes.

Warrior science has been studying these phenomena for the last few years so the findings are still in their infancy. The good news is that it’s being examined and, based on the findings, greater thought is given to how to better prepare the men and women we send into harm’s way.

Not only does Sam experience some of these phenomena during a violent incident, it affects him in the days that follow. In fact, he continues to have problems in the follow-up book. This is what happens in real life as opposed to what you see in the movies.

I also wanted to show the martial arts as realistically as possible. I’ve been training for nearly 47 years and it’s been my experience that too many martial artists have a distorted view of their skill under stress and the effects of their techniques on people who are bent on hurting them.

Like you, I have seen people drop to the training facility floor from a solid kick to the groin or a backfist to the nose. However, in my duties as a police officer, I found it not to be uncommon for the recipients to eat the pain and keep on fighting. For example, I saw a man get shot in the heart and continue to put up a good fight until his ticker stopped 90 seconds later. I saw two people in different situations get shot multiple times in the head, and then continue to fight and live to tell about it.

I once talked to an intoxicated man who had been attacked by his knife-wielding wife on a downtown street corner. Several minutes into my interview, he turned in such a way that I could see that he was bleeding heavily on the other side of his head. When I looked closer, I saw why. His entire ear had been sliced off and he didn’t know it until I told him. My partner found it under a parked car.

People outside the training hall don’t always react to pain the same way your training mates do. They might be under the influence of pain-numbing drugs or alcohol, they might be mentally ill, over-the-top enraged, or they could have a high tolerance to pain.

Sam, the lead character in Dukkha, is a martial artist who has been training for over 25 years. He’s good, though he doesn’t get the benefit of invisible wire work and green screen that makes Jackie Chan and Jet Lee look fantastic. In other words, he is a highly trained martial artist without superhero attributes. As such, sometimes his skill works really well and sometimes it doesn’t.

Those of us who have been training for a while and have used our skills in the mean streets know that this is the way it really is. Sometimes our techniques drop people like the proverbial sack of spuds, and other times people eat our sure-thing punches and kicks and keep on coming.

Sam’s father, however, possesses a skill level that we can only fantasize about, one that teeters on the edge of the supernatural, as one reviewer noted. I didn’t give him wire work and green screen skills because I didn’t want to write a fantasy martial arts novel. I did want the reader to be unsure about the old man’s incredible skill. Is it supernatural or is his skill so advanced that it’s just perceived that way?

Dukkha ends with Sam’s father committing acts that are illegal and morally wrong. Or are they? The father justifies his actions because his intent was to save his family’s life. Still, his actions were wrong…maybe. How about Sam’s code of police ethics? Do his actions violate them or given the totality of the situation, can he justify them, at least to himself? Can they be wrong and right? Such confusion is reality, too.

I’ve finished the first draft of the follow-up book to Dukkha. I enjoyed developing these characters further and putting them into some unusual and terrifying situations. There are several new characters, too, weird, eccentric ones with extraordinary warrior skills.