Outside Looking In | YMAA
Skip to main content
FREE Shipping Order Over $70. (US Only, Conditions apply)    |   Up to 20% Off. Exclusions apply.

Home >> Articles >> Outside Looking In 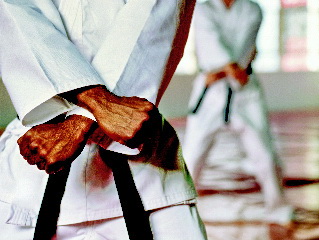 As an anthropologist, I’ve been trained in the challenging process known as participant-observation. It requires both first-hand experience of what is being commented on as well as a certain distance from the experience. I’ve been conducting a type of participant-observation in relation to the martial arts for more than thirty years. At times, I feel like an anthropologist doing martial arts; at other times I feel like a martial artist who is also an anthropologist. These are subtle distinctions, but important ones. Personal training in martial arts has become a big part of my life. Yet the social scientist’s insight has also contributed to my understanding of what I do and has led me to some conclusions that are often at odds with others in the martial arts community.

Here is one of my major contentions concerning the martial arts: While Americans perceive an overwhelming significance in the overtly physical aspect of these systems, these activities are arts in the broadest sense of the term. I mean that they are cultural constructs for self-expression, communication, and the creation/alteration of psychic states in human beings. They are not means for training effective fighters, nor should they be.

The essentially expressive, not aggressive, nature of these arts comes as a revelation to many people who train in them. It cannot be denied that there is an element of tension and violence in these arts, but ultimately this force is harnessed to other purposes. It is quite common, however, that in the heat and effort of training, these ultimate purposes are somehow overlooked.

I’ll offer a personal example. After a number of years of training in karate-do, I began study at a very competitive judo dojo. The controlled fury of the judo training hall and the sheer amount of physical punishment involved made my rather strenuous training in karate pale in comparison. Over time, I saw my judo sensei demonstrate self-defense techniques that left his "attackers" breathless and shaken. Imagine my confusion, then, when I learned this palpably dangerous man did not consider judo to be a practical form of self-defense for most people.

What are popularly labeled the "martial arts" of the Far East should be labeled “martially-inspired arts.” The martial arts, in strictly military terms and despite their reputed lethal nature, are grossly inefficient. These arts utilize extremely primitive weaponry, often limiting themselves to archaic devices such as swords, spears, bows, or even reducing their arsenals to the various parts of the human body. They also emphasize extremely long training periods. For instance, the time needed to gain basic proficiency in many systems is reckoned in years, not weeks. These systems also emphasize individual skill and tactics. Thus, they may be more properly identified as "martially inspired arts" but by no stretch of the imagination can they be considered to be concerned with real combat.

The physical dimension of training is a real one, and should not be overlooked: martial arts practice is challenging and engaging and can lead to enhanced physical skill. For many people, however, it is the combination of this experience with the symbolic richness of a foreign culture that proves attractive. Asian arts spring from the Mysterious East, that hotbed of esoteric possibility. We use foreign words, engage in foreign etiquette and ritual, and wear special clothing. In my opinion, martial arts training is more about acquiring an enhanced identity based upon a body of secret knowledge that makes us special than it is about fighting.

This observation sometimes raises the hackles of martial artists. But it was interesting for me to recently read Rory Miller’s fascinating Meditations on Violence: A Comparison of Martial Arts Training & Real World Violence. Written by a professional whose work exposes him to the reality of violent confrontation and ways to quell it, Miller comes at things from a very different direction than an academic like me. Yet though we start at different places and travel in different directions, we arrive at the same spot. Miller notes that the process of training in martial arts systems is highly codified and rule bound. The confrontation that takes place in a training hall is artificial, predictable, and rule-bound. In real life, violence is chaotic. As an academic, I came to the conclusion that violence in martial arts training, while a physical and psychological experience of some intensity, was largely ritual in nature. As someone who has studied a variety of arts, I also note that they tend to specialize in addressing a narrow spectrum of techniques and situations that make them impractical for dealing with the broad spectrum event of violent confrontation. Miller’s analysis of violent attack scenarios, generated from a lifetime of law enforcement experience, comes to very similar conclusions.

This does not mean that training in the martial arts is worthless. It merely suggests that its worth lies outside the realm of violence (and, incidentally, what the martial arts masters themselves have been telling their students for centuries is true). For those of us who have labored long and hard to master skills, improve fitness, or hone powers of focus and concentration, the answer is clear. Walking the martial arts path is a way for people to more fully explore who they are and what they are capable of. It can assist in developing a sense of identity and accomplishment. It’s an insight as old as Confucius, who advocated the practice of archery as part of the training of a refined individual. The development of skill, focus, and integration of the mind and the body were things as important then as they are today. Debates about who can beat up who are dialogues best relegated to the schoolyard or street corner. A martial arts training hall is a place for a more serious discussion about issues of human purpose and possibility.