Home >> Articles >> The Meaning of Taiji 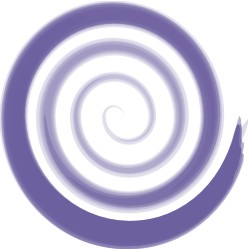 The Meaning of Taiji

Taijiquan (Tai Chi Chuan) is an internal style of martial arts that was created in the Daoist monastery of the Wudang mountain, Hubei Province.

Taijiquan’s creation was based on the philosophies of Taiji and Yin-Yang. It is believed that from understanding the theory of Taiji and Yin-Yang, we will be able to trace back the origin of our lives. Also, through this understanding, we will be able to train our bodies correctly, to maintain our health and the strength of our physical and energetic bodies, and gain longevity. Since Daoists are monks, the final goal of their spiritual cultivation is to reunite with the natural spirit, the state of Wuji. In order to reach this goal, they must cultivate their human nature and nourish it (discipline their temperament).

Taiji can be translated as “Grand Ultimate,” or “Grand Extremity,” and Wuji is translated as “Without Ultimate,” or “No Extremity.” Wuji can also mean “No Opposition.” This means Wuji is uniform and undifferentiated, a point in space or at the center of your physical and energetic bodies. For example, at the beginning of the universe, there was no differentiation, and this state was called Wuji. Then it began its separation into complimentary opposites, called Yin and Yang. From the interaction of Yin and Yang, all things are created and grow.

You should understand that even though the theory of Taiji originated from the Yi Jing (The Book of Changes) and has been studied and practiced for more than 4,000 years in China, its applications in martial arts were probably not started until several thousand years later. When Taiji theory was adopted into the applications of martial arts and became a style, it was called Taijiquan, The Fist of Taiji. Therefore, if we wish to understand the real meaning of Taijiquan, the first task is to comprehend the meaning of Taiji.

It is clear that Taiji is neither Wuji nor Yin-Yang, but is between them. It is the pivotal force or energy which makes the Wuji state divide into the Yin and Yang polarities, and also causes the Yin-Yang to reunite to the state of Wuji. Yin and Yang, two polarities, originate from Wuji through Taiji’s action or function. From these two polarities, again through Taiji’s action, four phases are derived. With the same theory, the variations continue until there are unlimited changes in the universe. From this, you can see that all life and all things are produced from the mutual interaction of Yin and Yang through the mediating function of Taiji. Therefore, if you are interested in learning Taijiquan, you must understand Yin and Yang, and their relationship with Taiji. Without knowing the theory and the Dao, your Taijiquan practice will be limited to the external forms and movements. In this case, you will have lost the real meaning of practicing Taijiquan.

Before the action of Taijiquan movement, the Xin (emotional mind) is peaceful and the Qi is harmonious, the Xin and Yi (wisdom mind) are at the Dan Tian and the Qi stays in its residence. This is the state of extreme calmness and is the state of Wuji. However, when the Xin and Yi begin to act, the Qi’s circulation begins, the physical body’s movement is thus initiated, and the Yin and Yang accordingly divides. From this we can see that Xin and Yi are what is called Taiji in Taijiquan. We can conclude from this that Taijiquan is actually a martial art of the mind.

The wisdom mind is calm and peaceful. From this calmness, it can be highly concentrated and its storage can be profound. When this Yi is deep and profound, the feeling will be accurate and refined. You should always remember that feeling is the language of the mind and the body’s means of communication. Deep and accurate feeling allows you to manifest the mind’s decision precisely and quickly.

Though our physical bodies are restricted by our three-dimensional reality, our minds are free to travel and reach anywhere in the universe, unrestricted by time. The mind is the Grand Ultimate. All human creations, from shovels to airplanes, arose first in our imaginations. From our thoughts, new ideas are created. It is the same for Taijiquan. From practicing the active, living, and creative art of Taijiquan, we are able to further comprehend the meaning of human life and the universe.

Taijiquan is explored in great depth in the book Taijiquan Theory of Dr. Yang, Jwing-Ming