Positive Attitude Required for Black Belt | YMAA
Skip to main content
FREE Shipping Order Over $70. (US Only, Conditions apply)    |   Up to 20% Off. Exclusions apply. 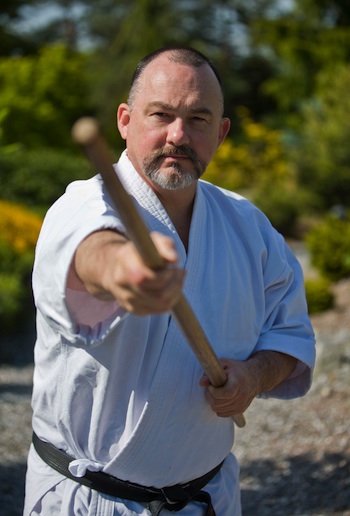 Learning martial arts can be very challenging. It is a lifelong process that encompasses not only internalizing an abundance of fighting techniques, but also learning proper body alignment, breathing, and movement. It is both a physical and mental process.

“The only way to discover the limits of the possible is to go beyond them into the impossible.”
– Sir Arthur C. Clarke

Learning martial arts can be very challenging. It is a lifelong process that encompasses not only internalizing an abundance of fighting techniques, but also learning proper body alignment, breathing, and movement. It is both a physical and mental process. Diligent practice builds the physical strength, endurance, and flexibility necessary to become a black belt. Physical training is arduous yet certainly doable when you dedicate yourself to it. For many practitioners, mental conditioning is an even more challenging endeavor. Tough as mental conditioning may be, however, almost anyone is capable of achieving it if he or she approaches training from the right perspective.

Most people never know the limits of what they can do until or unless they are faced with a seemingly impossible challenge and decide to step up and meet it. Even significant challenges, like earning a black belt, are relatively mild when put in the proper perspective. Which is harder, learning to punch, kick, throw, and grapple effectively or learning to adjust to life as a paraplegic or quadriplegic after a sudden catastrophic accident? Clearly, the latter, yet many individuals in that condition lead long, productive lives. It is all a matter of attitude. Strong, positive thoughts facilitate your ability to overcome most any obstacle while negativity and doubt can impede your progress. Here are a few famous examples:

Earning a black belt pales in comparison to these aforementioned challenges. It is by no means an easy task, however. To succeed you need a positive attitude, one in which you can visualize success. You need to clearly articulate why you are embarking on your martial journey, set specific long- and short-term goals forgetting there, and follow through to ensure progress. It also helps (a lot) to hang around supportive people who can help energize you along the way.

It is a good idea to begin by making a list of the significant achievements you have already made, athletic or academic endeavors, personal or professional accomplishments, anything that helps you see that you can set and attain goals. It is easier to visualize yourself succeeding in martial arts when you know that you have excelled and/or persevered in other areas of your life as well. Knowing that you have met and overcome other challenges makes martial arts seem a bit less intimidating.

It is also important to realize that while earning a black belt is a truly monumental milestone along the martial path, it is but one of many stopping points. Until you quit, the learning never ends. First things first, however. To begin your journey you must articulate why you want to start and where you want to go. Once you know that, you will already be one step closer to achieving your goal. 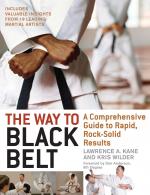