Remaining True to the Art | YMAA
Skip to main content
FREE Shipping Order Over $70. (US Only, Conditions apply)    |   Up to 40% Off. Exclusions apply. 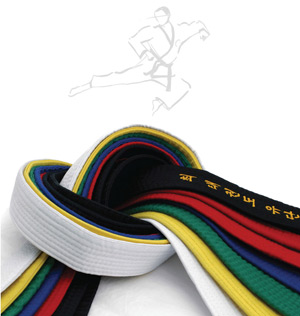 Remaining True to the Art

I am always careful to remind my students that the practice of traditional taekwondo is not easy. I tell them that if it were, everyone would train. And it is not difficult to see why.

I am always careful to remind my students that the practice of traditional taekwondo is not easy. I tell them that if it were, everyone would train. And it is not difficult to see why. Movies abound with our favorite stars leaping through the air, chopping, punching, and kicking while making the world right for the meek. Naturally, it is understandable how the average person would identify with these heroes, male and female alike, and wish to emulate them. Yet the true cost of training, both to the practiced and the vanquished, is frequently hidden by the way martial arts are portrayed on television and in the cinema. Not shown are the hours, days, weeks, and years of difficult work the martial artist must put in to develop his technique. Invisible, too, are the deadly consequences of a single well-placed kick or strike. If we were to believe what we see on the screen, we would think that skill sprouts eternal, with little or no effort required to become a true killing machine. Obviously, this is simply not the case. Nor is death and destruction the ultimate goal of the martial artist.

In order to become proficient in the traditional martial arts, the practitioner must possess a tireless commitment and undying passion. He must be willing to forego leisure time activities that are often more entertaining. He must also exhibit the capacity to endure sore muscles, aching joints, and an occasional bruise or two. But above all, an abundant supply of patience is essential.

For most of us, the mind has the ability to retain information far more efficiently than our muscles. We must convince our bodies that we are capable of moving in ways that have abandoned many of us since childhood. To observe my adult students, who not long ago were prematurely rooted to the earth due to age, execute jump turning kicks coupled with focused strikes is confirmation enough that taekwondo is a truly liberating force. Children too are challenged, not based on agility or aerobic quality as are their more mature counterparts, but by coordination, balance, and strength. Still, with patience, encouragement, and indomitable will, they excel. Skills of this nature do not come easily. Determination and an unswerving faith in taekwondo are paramount. This devotion is not misplaced even though, admittedly, taekwondo is not the solution to every offensive threat. Yet with thousands of battle-proven techniques at his disposal the taekwondoist should, through patience and practice, cultivate the proper defensive tools for use against almost any threat.

This leads us to the question of cross-training—the practice of actively mixing styles. As a rule of thumb, it is said that a martial artist devoted to a particular discipline should remain faithful to that art for a minimum of seven to eight years before cross-training. Why is this? First, the martial artists must learn the fundamentals of their art. Without strong basic skills, everything else will falter. This process is generally accomplished during the students’ years as a color belt—and then, at black belt, their training truly begins.

The path to success in the martial arts unavoidably takes time and if approached with sincerity will provide the practitioner with the tools necessary to continue the journey with confidence—a journey, thankfully, with no foreseeable end. When considering cross-training, thought should be given to cultural implications and how they relate to a particular martial art. In the past, geography played an influential role on technical development. On another level, so did a nation’s history and worldview. Martial arts for many nations, including Korea, historically represented primary instruments of war and were successfully exported to the present as evidenced in taekwondo being used during the Vietnam War.

Nations with a history of repeated invasions and strife had to develop practical martial arts capable of not only defending physically, but emotionally as well. These physical and emotional imprints, for good or ill, often prejudice the underlying philosophy of a given martial art. Subsequently, toggling between differing cultural viewpoints can prove confusing for the martial artist that lacks the maturity to appreciate these distinctions.

Additionally, it is recommended that the practitioner remain focused on a single art due to its technical complexity. Simply put, memorization and proper execution of the countless blocks, strikes, kicks, formal patterns, and defensive strategies that compose traditional taekwondo leave little room for the infiltration of potentially conflicting philosophies and skills. This concept is apparent when stances found in taekwondo are compared to those shared in the martial arts of Japanese and Chinese origin.

For my part, traditional taekwondo is sufficiently complex to keep me busy for a lifetime. With every advanced poomsae, il su sik, or ho sin sool I perform, I appreciate all the more the road
that lies before me—the effort that remains to take my practice one step closer to the core of the art. These increments are small, not the dramatic leaps and bounds experienced by the novice.

Yet, as the years go by, I eagerly pursue my training, training punctuated with purpose and concentrated martial intent, in the hope of becoming a steadfast practitioner, faithful to the traditional martial art of taekwondo.