Self-defense: Down and Dirty | YMAA
Skip to main content
FREE Shipping Order Over $70. (US Only, Conditions apply)    |   Up to 40% Off. Exclusions apply.

Home >> Articles >> Self-defense: Down and Dirty 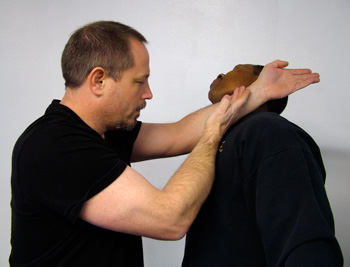 Self-defense: Down and Dirty

Let's start with one, very simple thing—power generation. A traditional martial artist is taught how to hit hard. Different systems have different methods of power generation, but two of the most common involve a solid connection with the ground and good structure.

A traditional martial artist is taught how to hit hard. Different systems have different methods of power generation, but two of the most common involve a solid connection with the ground and good structure.

The solid connection with the ground allows you to put the power of your legs into a kick. Good structure keeps that power from being lost or bled off into space by excessive motion. You can add more to it by whipping action with the hips and rotational power transmitted through the spine… doesn't matter. If you've been training for any length of time, you should have been taught how to hit hard.

Here's where it gets ugly. You get surprised.

"Not me! I have good situational awareness!" Get over that. Assuming: 1) There is an experienced bad guy in the picture, and 2) you aren't creating the situation yourself, then you will be surprised. If the bad guy can't get surprise, he'll go hit someone else.

Got that? If you aren't surprised, you don't get to use your skills. If you use your mad martial arts skills, you were surprised.

You are surprised. It's not like the timing in sparring, with the closing distance and maintaining defense and some feints for you to read and interpret. Nope. The bad guy got close, got you distracted for a second and hit you. Not the half-power-hit-and-judge-for-effect that most inexperienced people do. Instead, it's a flurry attack, so many things coming at your face and body, so fast that your mind freezes. Crunching noises and pain coming from your face, your belly collapses with a blow, and you can't breathe and you're shoved, bent over into a wall with more hits coming in.

To get out of this, you need to take the fight to the bad guy. Most can't. Most freeze. Just for the sake of argument, let's say you break the freeze.

Power generation. How do you hit hard bent over, pushed into a wall, on a threat who is too close? When your connection with the ground is iffy, your structure is completely destroyed, and the blows coming at your head are making you flinch?

This is the natural environment of a sudden assault and if you don't have an answer for this situation, you don't have an answer at all. I'm not here to give you answers. The purpose of this article isn't to give answers, but to make sure you know the questions. Learning to hit hard when off-balance and with compromised structure isn't something you can learn by reading or watching videos anyway. It is a tactile skill, something you need to feel.

But even more, I don't want to give you answers, because you need to be able to think for yourself. You don't need some instructor spoon feeding you a list of what to do, when or if, something bad happens. You need to feel who you are, where you are, and find what to do. It doesn't matter if your instructor has been in a thousand encounters. He hasn't been in this one. You are. You need to be able to find your way.

You think someone beating the crap out of you isn't going to notice that you're reaching under your jacket when you should be protecting your face? Wouldn't you, if you were the bad guy?

There's more going on in an assault. Anything I write here will barely scratch the surface. But here's the bottom line: Using high level-force for self defense predicates on being in “immediate fear of death or serious physical injury.” Those are just words—boring words, too. Now add the context. What kind of person will do that to you? If you were going to cause death or serious injury to another human being (without getting hurt or caught, that's part of the dynamic as well) how would you do it?

Environment of a Fight

Quick, hard, and from surprise, right? In essence, you justify extreme force in self-defense, because you are losing and looking at crippling injury and death. You are losing, and it doesn't look or feel like any kind of sport. 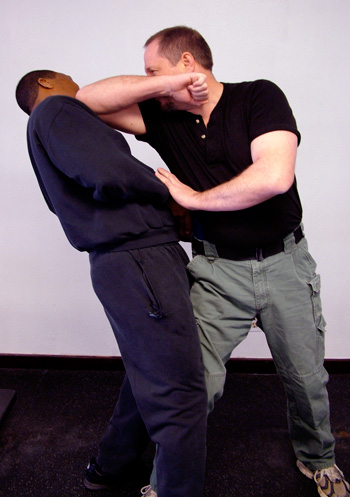 Everything mentioned above is simply the natural environment of a fight. That shouldn't take time to sink in. That definitely shouldn't be a revelation to anyone. This is the baseline. Water is wet. Fights are painful, unfair, dynamic, chaotic, cluttered, and you don't get into them, as a good guy, unless you start out losing.

Can you train for that? Of course, but evaluate right now if you are training for it. If not, you may be doing many things, but you aren't practicing self-defense.

Inure yourself to the flurry. The blast coming in has to be shut down, not defended. It is an act of will to throw yourself through the incoming damage to do damage. Not a technique, an act of will… and your years of training at timing sparring will hamper you as you wait for an opening that doesn't come.

Learn to use the environment better than the bad guy. This goes for the crashing forces and slams as well. The ability to use what is normally seen as a hazard is the core skill for a small person getting away or destroying larger or more numerous opponents.

Feel pain in training. Get moved and slammed. If you can, and you really want an introduction to some core self-defense skills, spend at least a season playing rugby or American football. With a good coach you will learn more about how to knock down a bigger man than almost any martial artist can teach.

Practice blindfolded. Eyes are over-rated. Many bad things happen too close to see or from behind or both and sometimes in the dark. Learn to target, feel and control forces without visual cues. It's faster than vision anyway.

Get dirty. Right now, go outside and roll in the mud. Not one person in a hundred reading this will do it, but I have no worries about the one percent who will. Someone who will roll in the mud on a whim will do other dirty and unpleasant things to stay alive. People, who hesitate, hesitate more, not less, when the stakes are higher.

Last point: learn the self-defense laws. Read your state statutes. Take a course on force law. Many of our martial arts predate the concept of self-defense law. Practice hard, but don't practice to go to prison.